The Forgotten Gunslingers Throughout History 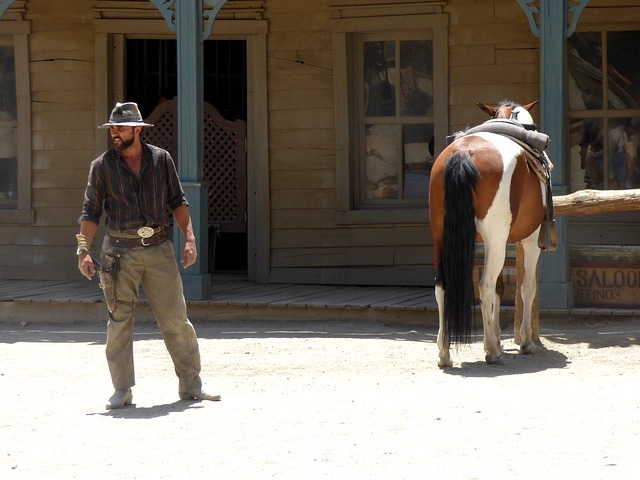 Howdy partner- welcome to our countdown of the greatest gunslingers to ever grace history. Join us as we find out the fascinating stories of some of the craziest cowboys, outlaws and gunslingers that unfortunately didn’t get their own movie or song- although, they should have! So, get your airsoft pistols at the ready, practise your draw, and we’ll take you back to the Wild Wild West with some of these badass stories.

For those who haven’t been living under a rock their entire lives, the name Billy the Kid is sure to have come across your path; as one of the most notorious names in the Wild West hall of fame, Billy the Kid has featured in numerous films and television shows. So, it comes as a surprise that one of his rivals, Andrew “Buckshot” Roberts, has not been immortalised also-particularly because of the following story.

These two cowboys came to loggerheads when Billy the Kid and his gang, the Regulators, obtained a warrant for Buckshot’s arrest, issued after the murder of John Tunstall, a rancher that had actually worked with Billy previously. Buckshot, in fact, had nothing to do with the death of Tunstall, but events unfolded that resulted in Roberts and Billy and his gang going head-to-head in a good-old-fashioned, western showdown. Perhaps what makes this showdown noteworthy, and deserving of being featured in our list, is the fact that Buckshot faced Billy’s gang of 14 alone, more than happy to exchange a round or two of bullets.

Buckshot, understandably, was injured early into the fight, although, Buckshot injured three Regulators in the attack, as well as Billy himself. After Billy realised the extent of the injuries, he ordered his men to retreat, leaving Buckshot to die from his sustained injuries a day later.

Davis was a military captain, serving in the Mexican-American War. Upon walking through the Gold Rush State, Davis and two of his companions were ambushed by bandits, 14 of them who were armed and ready for a fight. These bandits were particularly menacing, having gone on a killing spree in the two weeks prior. Down went Davis’ companions instantly, leaving Davis facing a most-certain death, outnumbered a good 11-1.

Davis, unfazed about the impending battle, draws his dual Colt revolvers, leaving two baddies gone with the first two shots. When his revolvers were empty, he had cast aside seven of his attackers, which prompted three others to scatter, tails between their legs. But, Davis was out of bullets, nowhere to run and circled by four angry robbers who had lost their friends at his hands.

Of course, this is where the larger-than-life action commenced, something straight out of a classic fighting movie scene. Closing in on Davis, wielding their knives, Davis darted forward with his Bowie knife to take on these foolish baddies. Despite the odds not being in his favour, in some twisted-fate, Davis fended off all of his attackers and left them for dead. In true Western style, Davis was a local legend, but instead of soaking in the fame, he rode off into the sunset, never to be seen of again. 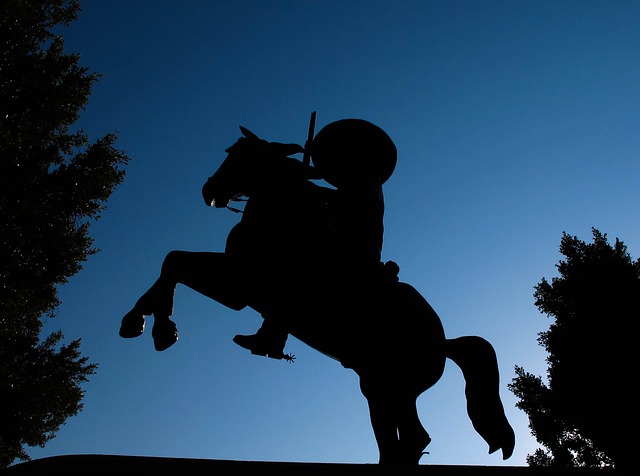 Our last gunslinger goes to lawman Sheriff Elfeago Baca who acted as the deputed sheriff of Socorro County, New Mexico in 1884. During his time in law, a local gang of Texas cowboys liked to terrorise the town. As a sheriff, it was Baca’s duty to discourage this type of unwanted behaviour in the town.

Unopposed to intimidation, Baca started a huge feud with the gang after arresting Charlie McCarthy for shooting pistols at the feet of locals in order to get them dancing after asking him nicely to come down to the station- not something practised in the Old Wild West. However, McCarthy worked for the big-shout rancher aptly named Tom Slaughter, who sent a gang of cowboys to threaten Baca to release his worker. This threat resulted in Baca killing one cowboy and wounding another. Of course, this annoyed Slaughter who over-reacted by sending 80 (yes- we got that number right!) of his lackeys to ride into town to ‘talk’ with Baca.

The lackeys cornered Baca into a small shack. Over the course of 33-hours, they shot around 4,000 rounds at the thin shack walls, attempted to burn the property down and even planted a stick of dynamite next to it which resulted in the roof falling on Baca. Like our favourite action-movie protagonists, Baca survived, surfacing from the rubble and consequently taking himself down to the jail to turn himself to face murder charges for the three cowboys he killed and the ten that he injured. Of course, he was acquitted of charges and went down in history as one of the most feared lawmen of the West. His infamous reputation served him well by allowing him to serve warrants with just one letter, and actually getting these baddies to hand themselves in! The letter went as follows:

“I have a warrant here for your arrest. Please give yourself up. If you don’t, I’ll know you intend to resist arrest, and I will feel justified in shooting you on sight when I come after you. Very truly yours, Elfego Baca, sheriff”

For more interesting stories from history, visit our blog and to get your hands on some airsoft guns, head to our shop!