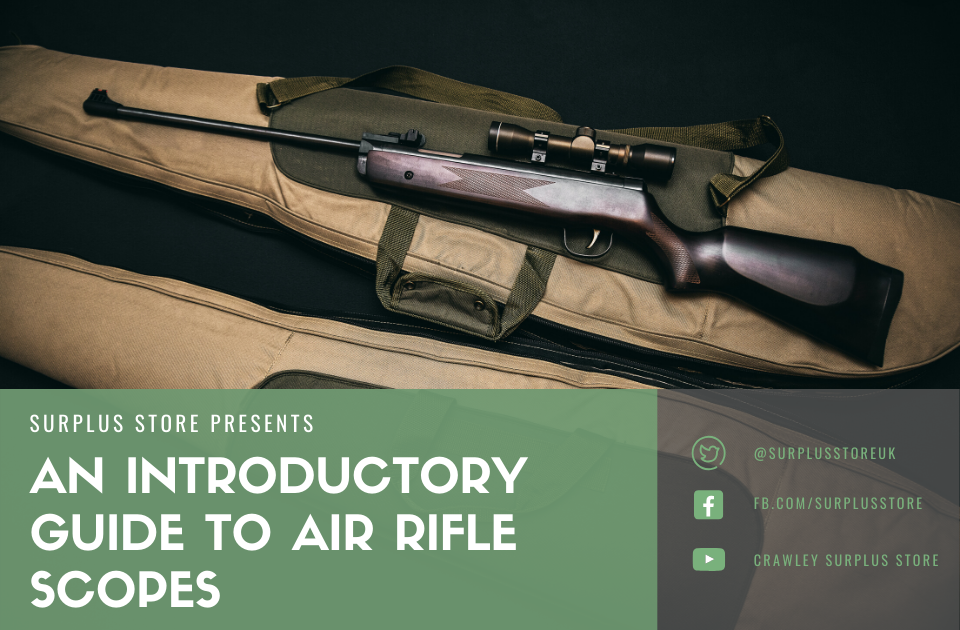 As many experienced shooters know, air rifle scopes can be almost as costly as the gun themselves, with some of the higher-end scopes reaching into the mid-hundreds of pounds. Granted, this is not without reason, as the level of precision achievable with the genuinely top tier of optical devices is astounding.

That being said, for many new shooters, you may not be keen to be spending that kind of money even on your entire kit, let alone just the scope. So, to help make the decision a little easier, and so you know what kind of scope you might be looking for, we’ve put together this introductory guide on air rifle scopes.

What is the Role of a Scope on an Air Gun?

A scope is a style of optical device that implies a level of magnification, ranging from 2x to 50x depending on what you’re looking for. There are also sights, which are devices designed to improve accuracy that don’t offer a magnification element, such as a red dot sight. Generally, sights are used for closer targets and are lighter, easier to use, and often cheaper to buy.

The role of the scope is to not only provide magnification but also to minimise background distractions, allowing you to focus solely on the target. Scopes also have varying styles of reticles, which can be chosen based on personal preference. These include crosshairs, mil-dot and duplex.

Scopes can also be used to judge the distance from a target, by leveraging the focus to ensure you can see and hit the target. This is especially important for shooters that take part in field target or hunter field target shooting competitions. In an ideal world, your pellet should land at the centre of where your crosshairs intersect, although, there are numerous reasons why this may not happen.

What are the Different Accuracy Variables?

When a pellet is shot from an air gun, numerous different factors go into making the shot an accurate one. These are:

Perhaps the most important thing, the experience and expertise of the shooter counts for the most when shooting air rifles accurately. A veteran marksman would have a better chance in a competition with a £50 plinker than Mr. Bean with a £2000 PCP. This is because weapon handling, patience, focus and muscle memory are vital in consistently accurate shooting; all skills which are learnt over a period of time.

An experienced shooter will also be able to keep the gun much steadier than a novice would, while feeling comfortable holding the rifle for an extended period of time. 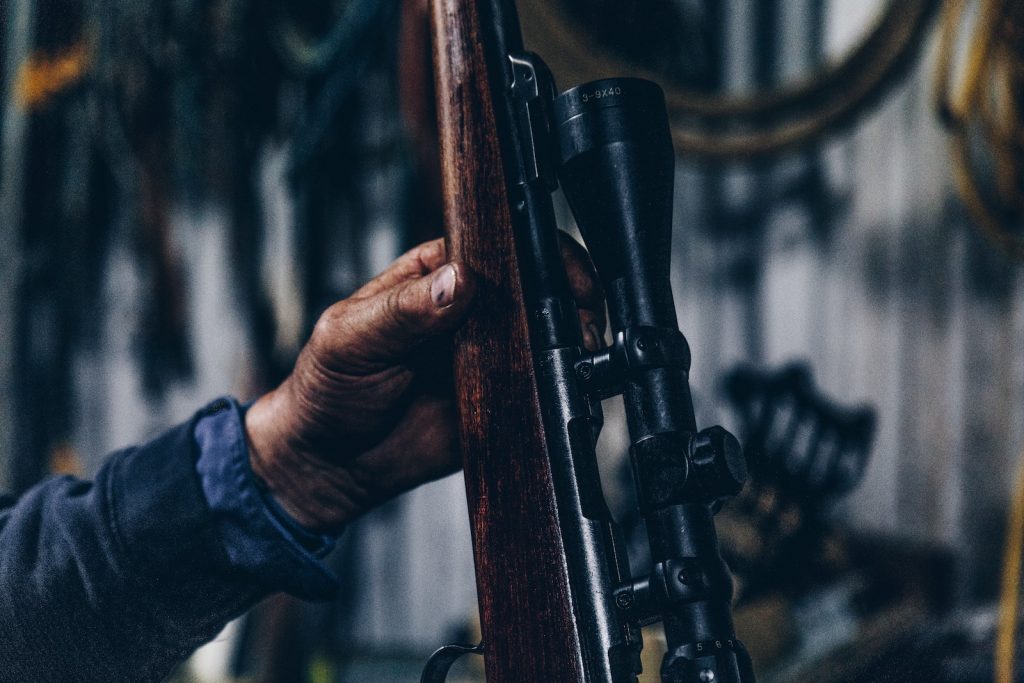 The reason expensive guns are expensive is, among other things, that they are accurate. They are also reliable, built using higher quality materials and occasionally have built-in features such as adjustable triggers etc.

The barrel also plays a large role in the accuracy of the shot. Some barrels having been rifled to ensure a cleaner and straight trajectory of the pellets. That being said, for those who want to shoot spherical projectiles like BBs, a smoothbore barrel may be the better option.

The scope provides the shooter with a clear view of the target and if sighted correctly, should ensure they hit it each time. However, scopes that have not been set up correctly (you can learn more about this here) will lead to inaccurate shots and inconsistent aiming.

You should also take the time to check that your scope is in focus and at the correct magnification level if it offers variable magnification. Using a scope with a high magnification seems like a great idea except when it’s zoomed in too close and you’re presented with a blurry mess.

For beginners, we’d suggest a lower magnification such as 2x, 3x or 4x, to ensure that you can still hit targets that are in closer proximity, like when you’re practising in your garden.

You should also consider other factors that affect the accuracy of your rifle, such as the choice of pellets and external factors like rain or wind. These will also contribute to a more or less accurate shot, depending on whether they are working for or against you.

With weather specifically, you may want to adjust your scope to account for the subtle differences on any given day. If you have your rifle set to shoot straight without any wind, then you may need to adjust it to the left or right to account for changes in weather. 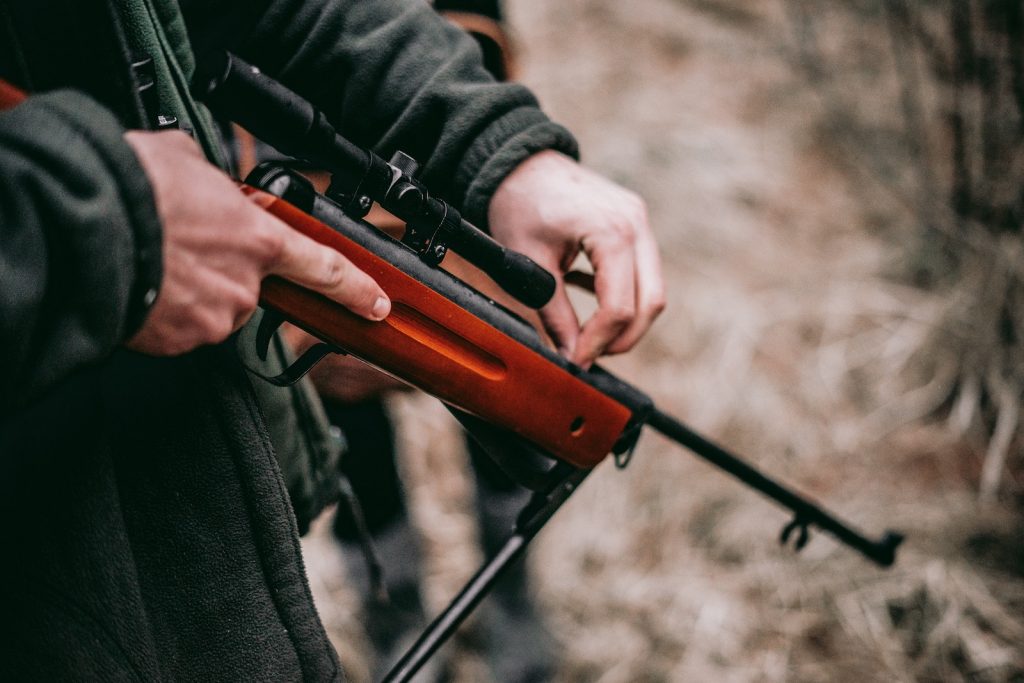 Be Aware of Stiction

Stiction is the term used for the resistance of a scope to correctly adjust after the settings have been changed. Generally, it takes a couple of shots to produce a true reflection of how the gun will shoot with the new adjustments; very rarely will this happen the first time.

What you don’t want to be doing is continually changing the scope each shot as this could cause it to ‘lag behind’ and cause the shots to not accurately reflect the scope’s new adjustments.

What Percentage of Your Budget Should be Spent on a Scope?

There are many different scopes designed to do different jobs well. This makes providing an average price for a scope particularly tricky. A good average for the cost of a scope should be around 25-50% of the cost of your rifle.

Granted, people who shoot competitively may want to spend more than this, but for new and experienced shooters, it’s possible to pick up any number of gun and scope combinations within this range and get great results.

For example, if you have a budget of £500, you could look for a rifle at around the £300 mark, leaving you with £100-£150 to spend on the scope with the rest as pocket change to pick up pellets and cleaning equipment.

Alternatively, if you’re a big spender with £2000 to spend, you could look at picking up a lovely PCP rifle for between £1000 - £1,500, leaving you with plenty of budget to grab a high-quality optic, such as one of our Hawke scopes. It’s even possible to kit yourself out for as little as £200, with a £150 rifle and a decent starter scope at £30, leaving £20 for ammunition.

Hopefully, this article has helped you to decide what to look for in your next air rifle scope, and how much you’ll be spending. Remember to check out the other articles on our blog for more guides on air rifles. You can also find a great range of products right here on our online store!