How Military Camouflage Has Evolved Over Time: Part Two 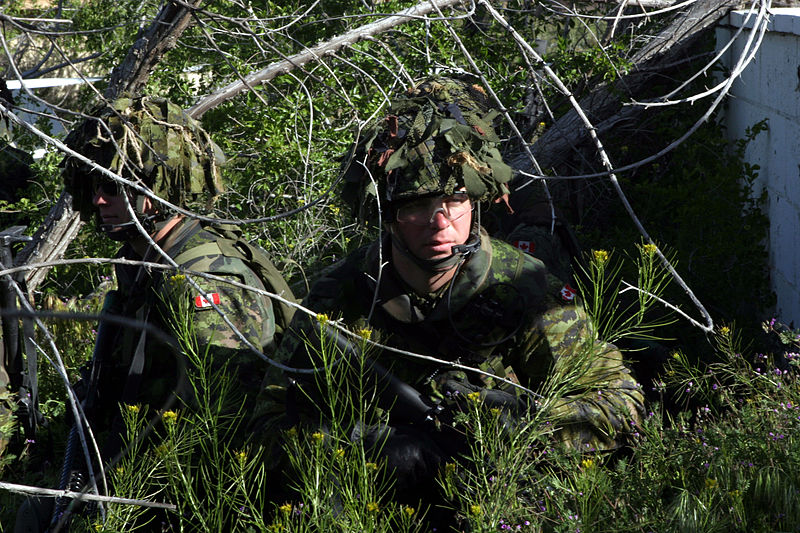 Continuing from the first part of our camouflage history, we have looked at some of the modern variations. The modern designs tend to have one big difference from their predecessors, which is the inclusion of computer programs to create the patterns, whereas older designs were often created from hand-drawn designs. Here are some examples of modern camouflage designs:

As modern camo evolved, the use of computers was incorporated into the design of the patterns, opting away from the traditional hand-drawn variations which were the norm for so long. One of the first computer-generated digital camouflage patterns was CADPAT, or Canadian Disruptive Pattern, which was designed to reduce the likelihood of detection by night vision devices.

CADPAT was first issued in 2002 but had been in development since the late-80s. It was 1988 when the Canadian Forces decided they wanted a new design, as did many other NATO nations, although their first effort wasn’t exactly a success. The Integrated Protective Clothing and Equipment (IPCE) Technology Demonstration was initiated in 1995 but was then cancelled due to high cost and failure to meet the majority of requirements.

There were continued operations in the mid-1990s, which led to the creation of the Clothe the Soldier (CTS) Project, which directly addressed the NATO soldier system capability areas of sustainability and survivability. The CADPAT was part of ongoing research and implanted during the CTS Project.

CADPAT comes in three varieties: arid region (AR), temperate woodland (TW), and winter/Arctic (WA). The temperate woodland pattern became standard issue for the Canadian Army in 2002, with the Air Force joining them in 2004. Uniforms with this pattern replaced the olive-green material which had been in use since the early 1960s. 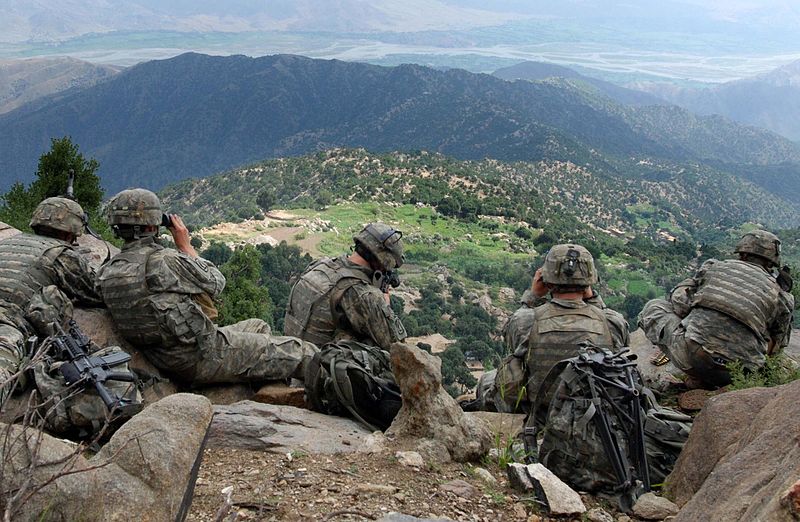 As we touched upon above, more modern designs included the use of computer programs to create their pixelation patterns. Not all multiscale patterns are comprised of rectangular pixels, even if they were designed using a computer. What’s more, not all pixelated patterns will work at different scales, so being digital does not guarantee improved performance.

For example, The U.S. Army's Universal Camouflage Pattern - a grey pixelated design - cost a whopping $5 billion to develop and went into use around 2004. The idea was to have a pattern that would mask the wearer in any environment, creating a “one-camo-fits-all”.

However, it didn’t work out, especially in brown-heavy areas like Afghanistan. On 31 July 2014, the U.S. Army formally announced that the Operational Camouflage Pattern would begin being issued in uniforms in summer 2015. The name was chosen to emphasise the use of the pattern beyond the Afghan theatre to all combatant commands. The Universal Camouflage Pattern will officially be retired by the Army by the end of September 2019. 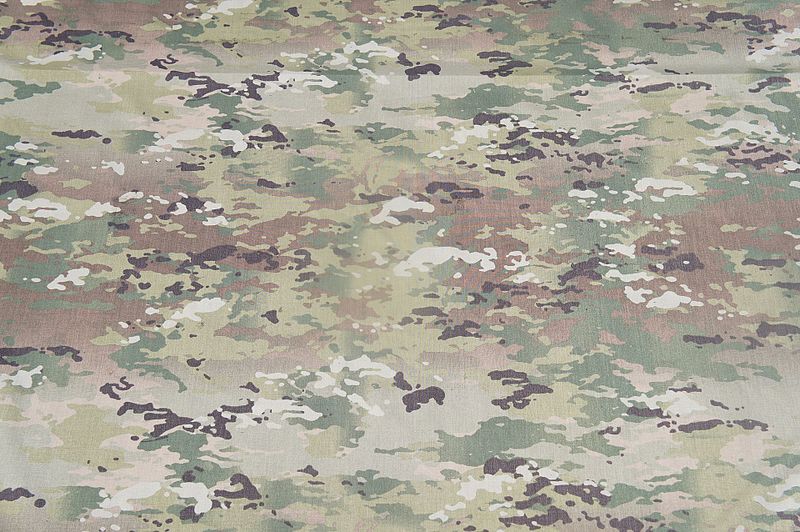 To take over the Universal Camouflage Pattern, the OCP was rolled out by the U.S. Army. The original "scorpion" pattern was developed by a joint venture of the Army's Natick Labs and Crye Precision as part of the Objective Force Warrior program more than a decade prior.

Designed and unveiled in 2002, it was created for the use of the U.S. Army in a variety of environments, seasons and light conditions. It is a seven-colour, multi-environment pattern which was created in conjunction with the United States Army Natick Soldier Systems Center. The OCP was then modified into MultiCam by Crye for commercial sales.

Eventually, there will be a "family" of uniform patterns based on the OCP including a dark jungle-woodland variant and a lighter pattern for desert environments. When this is going to happen remains unclear, but it may be done by using or modifying the woodland and desert version of the Scorpion W2 pattern that was created for the 2009 Natick camouflage testing. 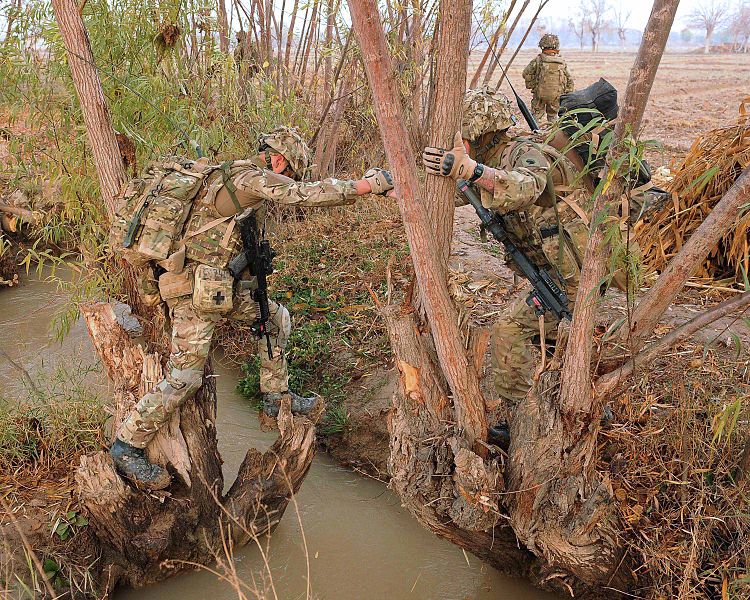 The Multi-Terrain Pattern (MTP) is a camouflage pattern printed on equipment for use by British forces. In fact, it is based on the MultiCam patterns discussed above.

As part of the British Ministry of Defence’s Personal Equipment and Common Operational Clothing (PECOC) programme, three new camouflage patterns were considered for issue. They were a revised temperate disruptive pattern material (DPM) designed using lighter colours, with a new three-colour desert pattern with enhanced utility for night operations, and a hybrid four colour scheme using two colours from each of the previous patterns. The latter of the designs was for use on webbing in all terrains.

The MTP design was intended to perform consistently across a range of environments encountered, particularly for operations that British troops were deployed to during 2009, following an Urgent Operational Requirement for a camouflage uniform for the Afghan theatre of operations.

The success of the commercially-available MultiCam pattern from Crye Precision, when tested in trials, meant that the pattern acted as the basis of a new Multi-Terrain Pattern for British armed forces, replacing the previous DPM uniforms. Desert DPM uniforms were initially set to be retained, but they were later entirely replaced alongside woodland DPM.

The Ministry of Defence announced that HM Forces would be issued with the new uniform for operations in Afghanistan, initially issued to those deployed on Operation Herrick in March 2010. It was then issued more widely to forces from 2011 and eventually went on to replace all DPM including desert and woodland variants of the Combat Soldier uniform by 2013.

In order to overcome the faults, A-TACS replaced the unnatural square pixels with organic pixels using a unique mathematical algorithm. Next, they used smaller patterns to create larger, more distinct shapes designed to work at a distance, and finally, utilised a more effective colour-range to produce a better concealment system.

A-TACS AU (Arid/Urban) camo uses numerous shades of tan taken directly from a variety of arid and urban environments. These are then combined with various shades of earth and small amounts of green to create the concealment pattern.

A-TACS FG (Foliage/Green) camo uses various shades of green sampled directly from forested and transitional terrains, which are then combined with various shades of earth to create a variation on the traditional woodland pattern. This variation was developed to be effective in a wide range of temperate environments.

It is claimed that the larger organic shapes and strategically placed shadow elements within the pattern help to create a “unique three-dimensional effect when viewed from a distance”, helping those wearing it blend more seamlessly into the background, whatever their terrain.

A-TACS also have winter, law enforcement and ghost variations, as well as multiple other variants. There is little information out there on who uses these patterns, although it looks to be in use by private security forces and local law enforcement in America, as opposed to military uses.

Now, all we have to do is wait and see what the future of camouflage holds from here on out. Let us know your thoughts on this, as well as your own personal camo choice (whether it be camo clothing, airsoft guns or anything else) on our social media accounts.