New Smartphone Adapter Allows Everyone to See What You See 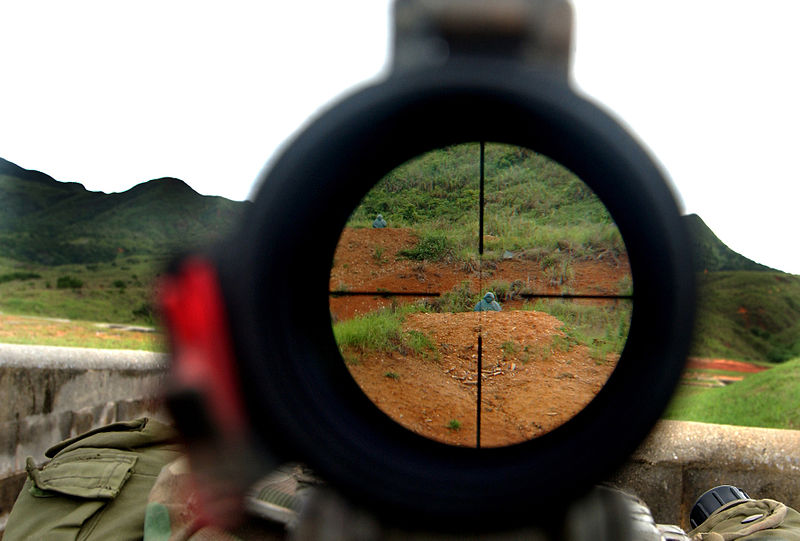 Have you ever taken such a glorious shot that you wish you had it on film to watch over and over again? Perhaps you’ve finally struck that target from 200 yards or pulled off your most impressive airsoft sniper headshot to date; but who’s going to believe you?!

Well, your ability to gloat may have just been made a whole lot easier, thanks to the company Phone Skope. They have built a new attachment called “Skoped Vision” that houses your smartphone and allows recordings of everything that is happening down your rifle scope, making the filming of shots from your airsoft or air rifles much easier.

The company are known for making smartphone optic adapters for a range of activities, from microbiology through to birdwatching. They have planned on making a rifle adapter for a long time now but encountered a few problems in their build.

The placement of the device was the main obstacle that the company had to overcome, due to the need for eye relief of around three to four inches from the scope. But to overcome this issue, they now have the phone facing the side and a strategically placed mirror to let the camera pick up what the user sees through the scope.

Not only is this good for bragging rights, but it can also be used as a helpful training aid. You can look back at old videos to see where you are going wrong, or more advanced shooters can use it to train those who are perhaps struggling to hit their mark.

You could even use it to live-stream a skirmish if you are so inclined! There are, of course, cameras out on the market that allow a similar premise and previous attempts to allow you to record straight to your smartphone, but this versions seems to have ironed out the previous flaws that other similar devices were experiencing.

It is also said that the device can be used for tactical or law enforcement drills, allowing real-time monitoring of exercises and drills which can be used to critique those who are in training.

Users of the Skoped Vision attachment will need to use a model-specific smartphone case alongside a universal adaptor which fits snuggly against pretty much any scope with the use of an adjustable ratchet. The device is currently preparing to be shipped out and is set to retail at around $150 (£108), so keep your eyes peeled if this appeals to you!