James Bond is known to be the world’s most dangerous spy, an International Man of Mystery and an all-round suave gentleman. But did you know that in one of his most famous incarnations, he is seen holding an air pistol?

There has long been a story floating around about the fact that posters for Sean Connery’s second outing as Bond featured the man posing with an air pistol instead of a replica gun, and photographer David Hurn has recently spoken out about the situation to confirm the tale.

Hurn worked on the set of the first four James Bond films and was responsible for shooting the film poster for From Russia With Love, featuring Sean Connery posing with a gun in an image that has gone on to be rather iconic.

In a recent interview, Hurn recalls the time that Connery and legendary Bond producer Cubby Broccoli came to his flat, along with a small entourage of people working on the film.

One member of the crew, a film publicist, quietly told Hurn that he had forgotten James Bond’s gun, which was to be a focal point of the film’s poster. 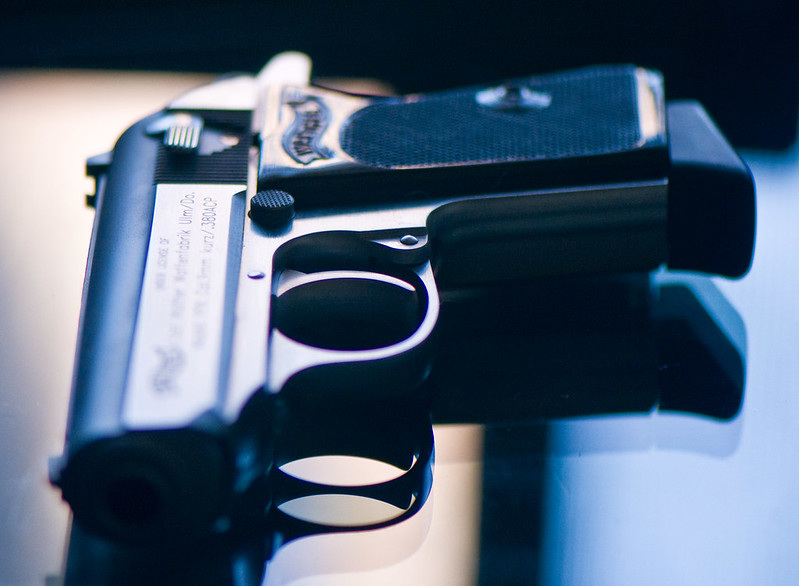 “To drive back to the film studio would have taken hours, it just happened that I liked target shooting myself with an air pistol. It was a Walther - Bond’s pistol was a Walther PPK.

“I said to the publicist that although it was an air pistol and had a big long barrel and Bond’s had a small barrel, nobody would realise in the room, as my gun was also presented in a Walther box.

“I said all you’ve got to do is make sure when they come to do the poster that the long barrel is cut off and it will be okay. But when it came to do the poster art they forgot. So, if you look at any of those Bond posters, there’s Bond posing with my air pistol.”

The actual pistol used in the posters went on auction with Christie’s back in 2010 and surprised everyone with how it performed.

We have a range of air pistols for sale - including the Air Arms Alfa Proj air pistol - so, if you are looking to create your own Bond poster, why not take a look online or come and visit us in store?