What is the Victoria Cross and How do You Earn One? 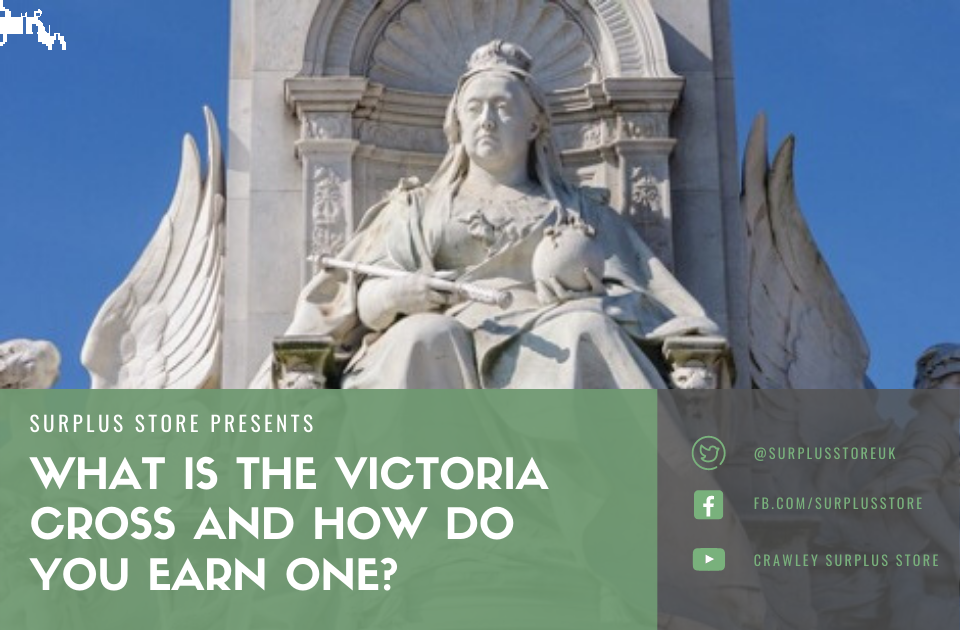 The Victoria Cross is the most prestigious honour that can be bestowed by the British Armed Forces. A medal full of historic significance and modern meaning, it is a cornerstone of British military history!

In this article, we take a look at the meaning behind this prestigious commendation, its beginnings and its relevance today.

What is the Victoria Cross?

The Victoria Cross is a 35mm-wide Cross pattée medal, cast from bronze, depicting a crowned lion on top of another crown. The cross is adorned with the words “FOR VALOUR”, while a crimson ribbon is attached to the top.

Overall, the Victoria Cross weighs around 27 grams, a dainty figure given its huge significance.

How to Earn a Victoria Cross

The Victoria Cross, as previously mentioned, is the most prestigious award than can be given to anyone in the British Armed Forces. While there are other significant awards, the Victoria Cross has an almost mythical status, given the circumstances in which it is awarded. Since the Second World War, only 15 have been awarded.

In essence, to receive the Victoria Cross, you must show gallantry when faced with the enemy. Given the extreme circumstances surrounding this award, it is often given posthumously. The Victoria Cross can also be awarded to the forces of other Commonwealth countries, although many have now established their own honour systems.

When Was the Victoria Cross Introduced?

This award was introduced by Queen Victoria in 1856, following the events of the Crimean War.

After many decades of peace, the Crimean War with Russia saw the United Kingdom once again involved in a major conflict. However, unlike other European nations, the UK had no system of recognition that looked beyond the rank and class of those involved.

Inspired by similar commendations, such as France’s Légion d’ honneur, Queen Victoria ordered the creation of a simple award that could recognise extraordinary acts of valour. Queen Victoria herself controlled much of the award’s inception – the name was her decision, simplifying the original ‘Military Order of Victoria’ title.

The Victoria Cross was introduced near the end of the Crimean War but was backdated to include the conflict in its entirety.

How is the Victoria Cross Made?

The Victoria Cross has always been manufactured by Hancocks & Co., a jeweller in London. The medal is made from bronze, and the story goes that the first Crosses were made using bronze from captured Russian cannons. However, some now believe the original Victoria Cross was made from the bronze of a Chinese cannon seized from a previous conflict.

How Many Victoria Crosses have been awarded?

A total of 1,358 Victoria Crosses have been awarded since its inception, the vast majority by members of the royal family. The last Victoria Cross was awarded in 2015, as a result of the conflict in Afghanistan.

The Most Victoria Crosses Awarded in a Single Day

In terms of Victoria Crosses for actions during a single day, this distinction belongs to 16th November 1857, during a colonial conflict known as the Indian Mutiny. The next highest number occurred following the Seige of Lucknow (23), also in India.

How Valuable are Victoria Crosses?

It should be argued that no price can be placed on the honour of receiving this award. However, examples have appeared at auctions and collections have been created from these artefacts.

As designed, the Victoria Cross is a comparatively rare award, which makes its financial value huge. Some medals have fetched hundreds-of-thousands of pounds at auctions!

The Victoria Cross is a vital award, recognising bravery and valour at war regardless of rank or creed. While it can never compare, if these stories inspire you to test your courage, then airsoft is the perfect arena! Surplus Store supplies everything you need, whether you’re looking for your first air weapon or looing for accessories such as hunting knives to add to your game, check out our collection today.