A Look at the Weird and Wonderful CIA Gadgets from History 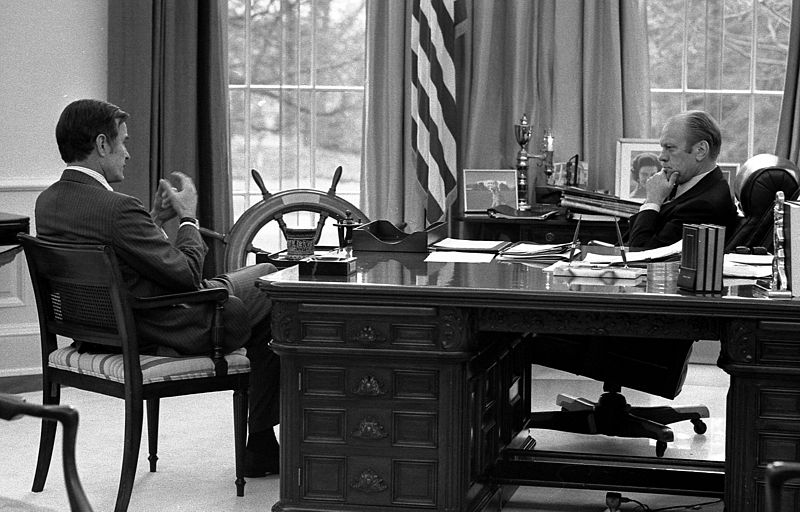 The Central Intelligence Agency (CIA) recently celebrated its 70-year anniversary on September 18, and although it is a branch of the US Government that is steeped in secrecy, there are certain elements that have been made public.

The CIA’s Office of Research and Development are the ones who work on producing the gadgets for their operatives, and they are responsible for producing some ingenious ways of gaining intelligence, as well as some that didn’t quite pan out…

Some of this spy gear has been made public at the agency’s Langley museum (which isn’t open to the public but it does showcase a fantastic range of tech), and via the power of the internet, you can view many of these items thanks to a Flickr album. With this in mind, we have picked a few of our favourites to look at in more detail: 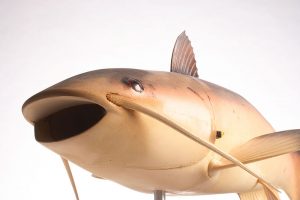 Charlie, aka the original catfish, was an experiment the CIA conducted in the ‘90s to explore the possibilities of aquatic robot technology. Charlie was an unmanned underwater vehicle (UUV) - essentially a remote-controlled fish – which was directed using a wireless line-of-sight radio. He was kitted out with a propulsion system in the tail, communication gear in the body and a ballast system.

His mission was to collect water samples while remaining undetected. It was most likely that he would have been used in sensitive aquatic sites, likely those near nuclear reactors. 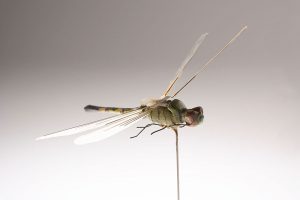 Sticking with the weird robot animals, Charlie had a predecessor in the form of the Insectothopter, which was a mini-drone disguised as a dragonfly. It was created to prove that micro UAVs (unmanned aerial vehicles) could collect intelligence.

The Insectothopter was equipped with a tiny gas-powered engine which controlled the wings with excess fuel vented out the back to provide some extra thrust. However, the project was abandoned when it was found to be too difficult to control the UAV in a crosswind. 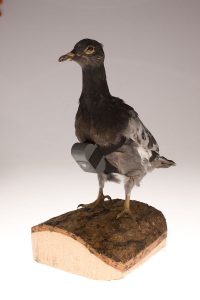 Anyone else sensing a pattern here…? Although the CIA wasn’t the first to utilise the humble pigeon for a reconnaissance mission, they did manage to create a battery-powered camera that was small and light enough to be strapped to the breast of a pigeon.

The birds were trained to fly over enemy targets with their camera running, meaning they could take photos at a much closer range than satellites or planes. The cameras were programmed to take stills at intervals, with a tiny, battery-powered motor able to cock the shutter and advance the film. The mission details for this piece of kit is still classified, although news reports suggest that the camera was used in the 1970s, the pigeons were released from planes, and that it was a failure.

For the gentleman spy, a pipe was fashioned which had its insides fitted with a sub-miniature radio receiver. This allowed the user to eavesdrop on a nearby conversation via bone conduction from the jaw to the ear canal.

And for the lady spy, a rather handy makeup compact! The compacts were used in different ways, with many being used to carry coded messages or information. There is one such example that had a code present when you tilted the mirror at the correct angle. 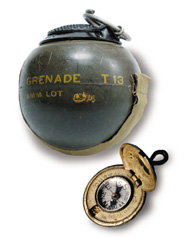 Alright, we’re cheating slightly here as the grenade in question was first developed by the Office of Strategic Services - which later became the CIA - with help from the Eastman Kodak Corporation. And before you ask, yes, it is that Kodak company, who temporarily branched out into making hand grenades in 1936.

The concept of the BEANO grenade was to make it spherical to resemble a baseball, with the idea that they would be very effective in the hands of American soldiers. Any young American man would be able to throw the grenade over a great distance and with perfect accuracy, right?

Well, not exactly… The grenade has two pins, one of which was removed before throwing. Once thrown, the cap detached from the body of the grenade and a length of nylon string unwound until a secondary arming pin attached to the far end of the cord was pulled, causing the grenade to be armed and detonate upon impact with a hard surface.

However, it didn’t quite work like that! It is said that a limited supply was used during the invasion of Normandy, but more American soldiers were injured from using the grenade than enemies… At the end of WWII, the remaining stock was ordered to be destroyed and the records classified.