The Best Airsoft Sites in the East of England 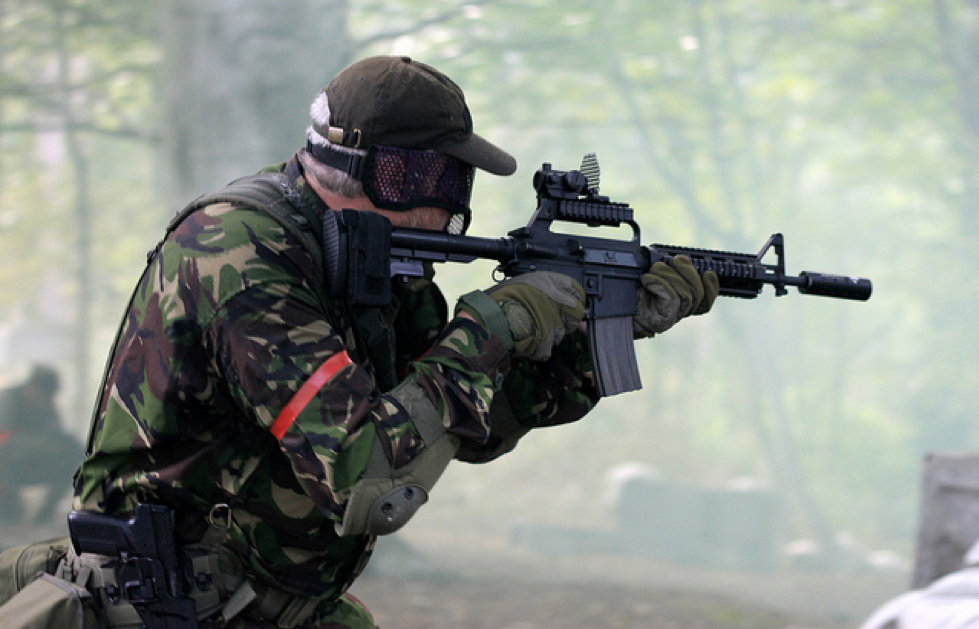 Combat Airsoft is definitely a site to get your blood and adrenaline pumping! Their game zones are second to none with plenty to entertain all types of players. From a WWII landing craft to a CQB Maze, there is something for everyone here. Even when in the safe zone there is always something for the itchy trigger fingers with a marksmanship range and a CQC course! Whether you think of yourself as an airsoft veteran or just trying your hand at the spot, Combat Airsoft offer events tailored for all levels of players.

They also offer Combat MilSim Operation days which tend to be a monthly event and is open to walk-on players, as well as sometimes holding weekend-long events throughout the year. Milsim, which is short for Military Simulation, is a long duration tactical scenario game where you will be playing in a woodland, but also includes all of their game zones!

Located in the heart of Norfolk and based on a former RAF airbase, Scorpion Airsoft is known for its challenging urban environment. The building on site was once used as the air stations hospital complex and is spread across two floors, as well as dark airlocks that lead into the old mortuary.

At Scorpion Airsoft you will have the chance to play some awesome scenarios which include military simulation games where you can get expert advice from the ex-military team.

Located near Ramsey in Cambridgeshire, Urban Assault is a disused RAF base which offers its players an immersive, intense and action-packed airsoft experience. This airsoft site is set in 20-acres of land and features 20 buildings which range from single-storey outhouses to huge, two-storey buildings which have over 50 rooms!

There is lots of space between the buildings which incorporate fields, rat runs and alleyways as well as two dormant PT76 tanks on site which are perfect for giving you cover during your game.

Located in the heart of the Essex countryside, Airsoft Billericay is home to a mix of hardwood woodland, open areas and dense jungle spread over 40 acres. There are also a number of different zones which will suit any type of airsoft player, and these include, The Green Zone, Khe Sanh Village, Hill 60, Burtons Bridges, Missile Command, Post Apocalypse, Skirmish Badlands and The Alamo. All of these game zones have been strategically thought out to give the best experience possible!

Situated on the site of a former WW2 army base, Gunman Airsoft offers their players a unique combat simulation. They are completely dedicated to providing their visitors with a high-quality style of gameplay which is based on real military tactics. With a range of military-based missions which involve shootouts, teamwork, stealth, radio communication, hostage rescue and much more which adds to thrill of the game; this is one site which should be at the top of your list of sites to visit.

These are just a handful of incredible airsoft sites which can be in the east of England each offering something a little bit different to gameplay. If you are looking to get kitted out before you go, check out our airsoft guns which can be found on our website.

If we have missed your favourite, let us know using our social media channels as we love to hear about any new sites!