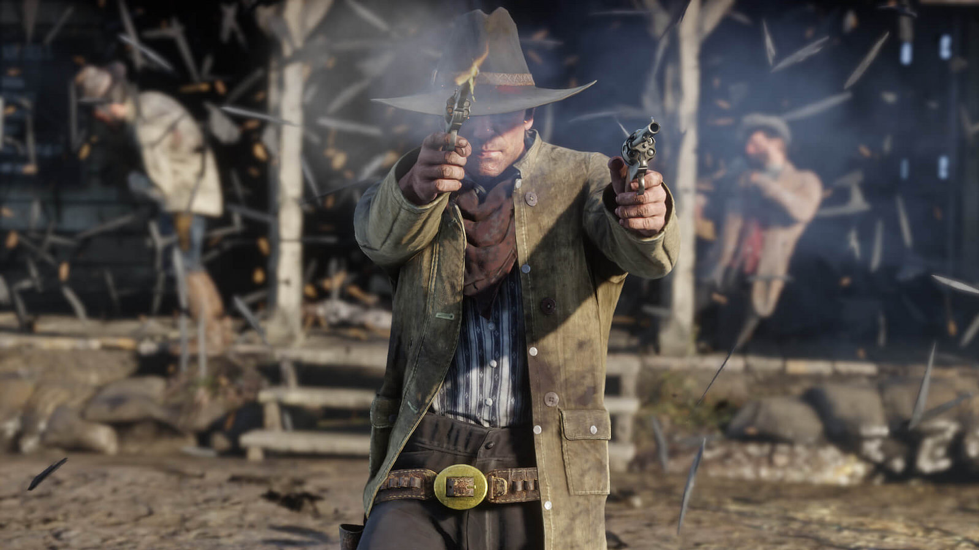 2018 has been a massive year for video games, and in October we saw the release of the most anticipated game of the year, Red Dead Redemption 2. This game really does have everything you would want from an open world RPG (role playing game); from breath-taking scenery to immersive missions and, quite frankly, a ridiculous attention to detail.

As a prequel to Red Dead Redemption which was released in 2009, the game most certainly follows suit. However, one of the most important aspects of this game is defending yourself and your fellow gang members, meaning that finding the best weapons is an important part of your gaming experience. We have put together this guide of the best weapons within the game, as well as some useful tips to enhance your gaming experience.

This game is very realistic, and this is what sets it apart from others within the genre. One of the most realistic aspects is that you have to look after your weapons, because if you don't your weapons can deteriorate and will have less damage, reloading will take longer, and the firing rate will slow down! This can happen simply by firing them, or when they are submerged in mud or water, so it is important that you maintain your gun. This can be done by purchasing gun oil which can be found in gun and general stores around the map.

If your weapon isn’t kept in very good condition, you will see on your gun’s stats have red bars on them. This means that because your gun is dirty or has been damaged, the stats have been temporarily lowered. However, once the gun has been cleaned and maintained, weapon performance will return to normal, much like your own airsoft rifles!

Additionally, this game also gives you the option to customise your weapon, allowing you to swap out the wrap, stock, sights, scope and the barrel. By doing this, you can improve nearly every weapon’s performance such as its handling and range.

There are a massive 59 weapons which can be purchased or found throughout the game, some of which can be found much easier than others. There are roughly three categories when it comes to weapons, and these are:

Standard Weapons: These are given to you during the story or can be bought from any gunsmith.

Rare Weapons: You can often find rare versions of the standard weapons throughout the story and world.

Unique Weapons: These can be found by killing gunslingers, completing side missions or through treasure hunts.

Depending on your gameplay preference, you may have a different opinion on which is the best gun for you, as you may prefer something with high damage or high rate of fire; it is all down to personal preference. However, there are some weapons which are a little better than the rest. 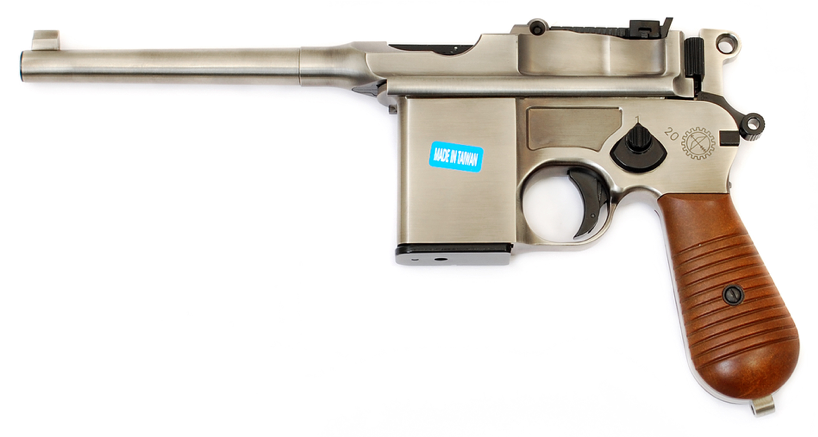 Note: this is a replica taken from our store, originals were not made in Taiwan.

This customisable pistol has a rapid-fire rate along with a large ammo capacity making this a good choice for close range combat, or when you are surrounded by multiple enemies. Additionally, this pistol has an ammo capacity of ten rounds and uses regular, split point, express and explosive pistol ammo.

Where to find it: This weapon can be purchased from gunsmiths in Valentine and Saint Denis after the "That's Murfree Country" mission. 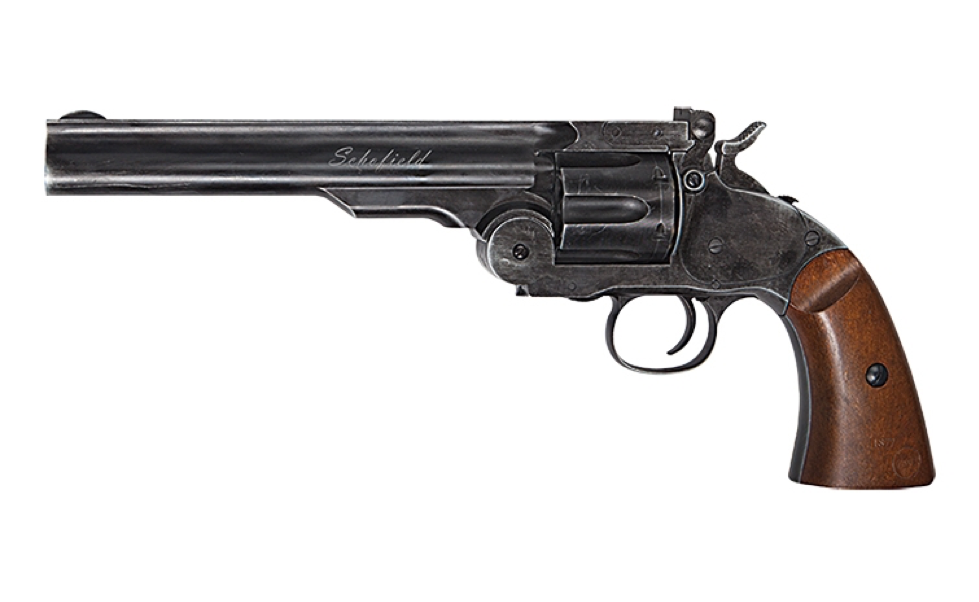 This revolver has better accuracy and damage when compared to others, but this comes at the cost of having a slightly slower reload speed and fire rate. Even though the revolver already comes with an extended barrel, it can still be customised allowing you to add sights and improve barrel rifling.

Where to find it: This weapon can be purchased at gunsmiths after the “Blessed are the Meek” mission, or by robbing the Valentine doctor's practice.

This gun may have a slower rate of fire, but it does do a hefty amount of damage per shot and is highly accurate. Additionally, you customise it with a magnifying scope to turn it into a makeshift sniper rifle too!

Where to find it: You will receive this gun during the “Preaching Forgiveness as He Went“ mission and will be available to buy in gunsmiths after this. 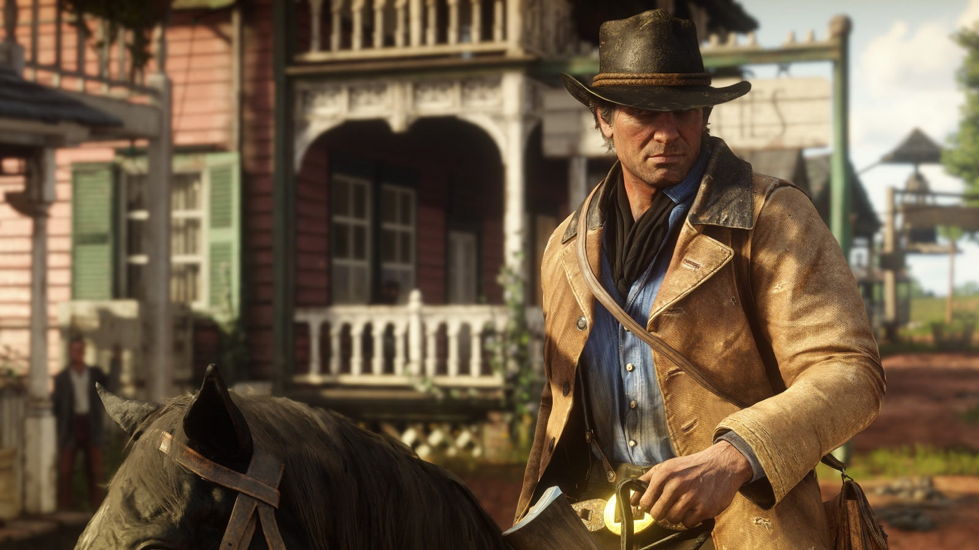 Undoubtedly the best shotgun in the game, the semi-automatic shotgun is a bit of a beast! It has high damage and by far the highest fire rate of any shotgun throughout the world. It also comes with a good reload speed too.

Where to find it: This shotgun can be purchased from a gunsmith later on in the story, but if you can’t wait there is a way to obtain it earlier. You will need to find Watson’s Cabin which is north-west of Wallace Station. The cabin can be found down a dirt track, and here you will find a grumpy woman, try to ignore her and go down the ladder which can be found at the back of the cabin and the gun is on the table by the ladder.

This sniper rifle has a great spread of damage, range, accuracy, while only sacrificing little in the way of firing rate. When this is combined with a quick reload speed, this makes it a great gun to use when you’re surrounded by enemies in long-distance combat.

Where to find it: After you complete the “Goodbye, Dear Friend” mission, it will be available to purchase at all gunsmiths.

Of course, there are many other weapons in the game such as throwables, knives and a bow and arrow, but these are in our opinion some of the best weapons which can found throughout your gameplay.

Have you managed to play Red Dead Redemption 2 yet? Do you agree with us? Let us know using our social media channels.