Can a Nail Gun Really Be Used Like a Gun? 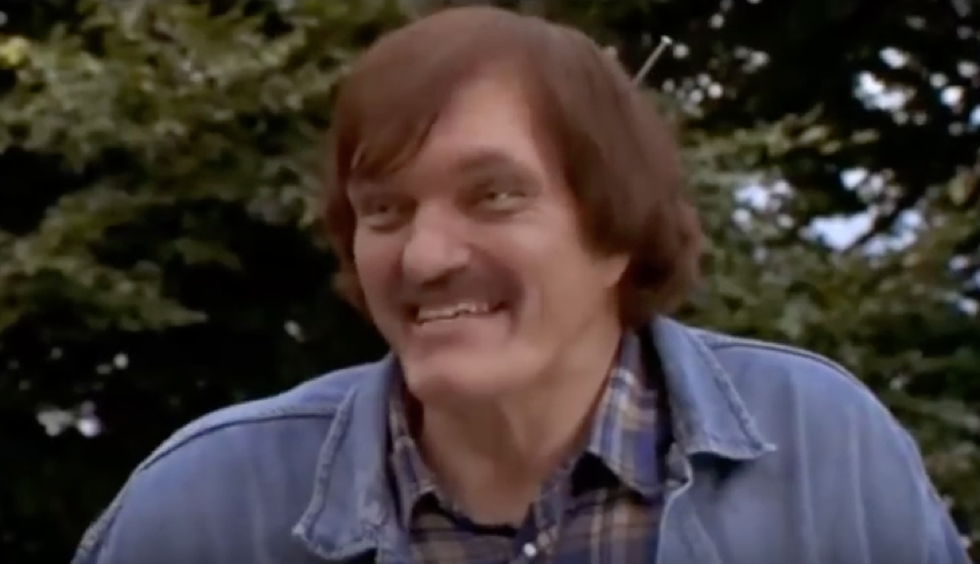 Now we all know that Hollywood likes to stretch the truth on the Silver Screen. Cars exploding from a single bullet, one man fighting off hundreds in hand-to-hand combat and Tom Cruise appearing to be well over six feet tall…

But one myth that got us thinking was the use of a nail gun as a deadly weapon. Films such as ‘The Equalizer’ and ‘The Hitman’s Bodyguard’ utilise the DIY tool for more sinister purposes than fixing the decking… There’s even that scene in ‘Happy Gilmore’ with Richard Kiel’s character being on the receiving end of a nail; but could any of it actually happen?

Using a Nail Gun as a Weapon

Note – It is worth mentioning that we are talking about your run-of-the-mill nail guns here. There are powder-actuated nail guns which use direct fastening. This technology relies on a controlled explosion created by small chemical propellant charge, similar to the process that discharges a firearm. In our research, we couldn’t find any videos of these nail guns being used in a similar way to a gun, which is probably due to the charges that can be implemented if they are used incorrectly…

Similar to other firearms, all nail guns are not created in the same way. As with the nails they use, there are different guns for different purposes. Nail guns that require a lot of force or extended use are fed by a separate air compressor, meaning they operate in a manner similar to that of pneumatic air rifles.

This pneumatic set up is the most popular kind of nail gun, but not the only one. Lighter DIY tasks, such as putting up drywall, can be accomplished without an air compressor, instead, using electromagnets or internal combustion to operate. This form of nail gun may give a character a bit more free-reign to do their thing.

Next, comes the weight. For those who haven’t handled one, nail guns are pretty heavy. They also come with a sliding safety that must be pressed or held back for it to function. If the nail gun is being fired from a distance, it would have to be used with two hands, not only to manage the weight but to also use the safety and the trigger at the same time.

Nail guns also don’t come with sights, so would a character be able to nail that fabled head shot the first time? Extremely doubtful…

If we are looking at how much stopping power a nail fired from a certain distance has and how this compares to a firearm, there is a calculation that can be used to work this out.

All you need to do to work out the feet per pound of a nail gun in the following equation: (mass x velocity squared x .5). For this, you will need the mass of the projectile and the velocity at which it travels.

To work all this out, we spent many tireless evenings with a chronograph, calculator, a scale and a nail gun to work it out… Ah, who are we kidding?! We went to YouTube to see if someone did the hard work for us, and lo and behold, we struck gold!

Feel free to watch the entire video (it’s seven minutes long and pretty American!), but we have listed some of the main points below:

- 50 yards is the maximum distance travelled.

- The nail bounces off a cardboard box at only a few feet away.

- The velocity decreased with each consecutive shot as the pneumatic nail gun had to recharge, meaning the first shot would be the most powerful. Stopping power would, therefore, decrease over time.

So, using the above information, we can work out the velocity of a nail fired from a nail gun. If we say one nail weighs roughly 3 grams, this comes out as a massive 1.8/lb in power.

Even Ryan Reynolds, who wields one during a scene in ‘The Hitman’s Bodyguard’ wasn’t impressed with a nail gun’s capabilities. Speaking in a recent interview, he said:

“I actually fired one though, and it loses all of its velocity like three feet out. So, if you fired it at somebody ten feet away, [the nail would] just sort of bounce off of them.”

So, what can we draw from this? Basically, a nail gun would be a pretty naff self-defence weapon if used in a similar way as a gun. However, that doesn’t mean that they wouldn’t do damage if pressed up against something and fired.

Now, we’re not encouraging target shooting with nail guns either; we’re just out to debug more Hollywood myths (we’re really fun at parties…). We would prefer it if you stuck to the traditional air gun, so if you’re looking for a new one, why not pay us a visit in store or head over to the website?