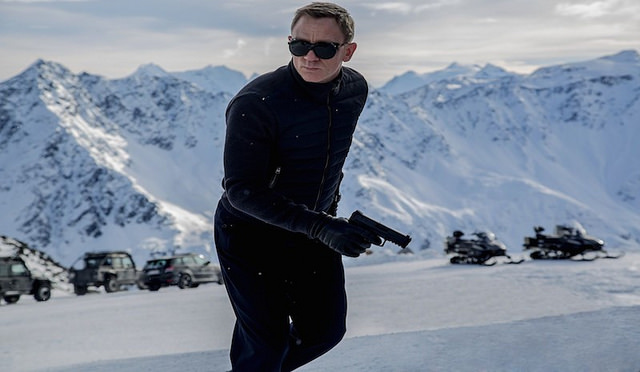 We have all heard of MI5 and MI6, Britain’s counterintelligence and security agencies, and possibly all dreamed about being a spy, helped along with the Bond books and films that show it to be a rather fun and exciting lifestyle (which is no doubt very far from the truth). But how much do you know about the intelligence services that operate in the United Kingdom? We have taken a closer look.

MI5 (The Security Service) and MI6 (The Secret Intelligence Service) were both formed in 1909, and though they are the only remaining services, there were ten military intelligence sections during the First World War and 17 by the Second World War. For example, MI1 looked after codes and cyphers, MI12 organised censorships, MI4 was maps, and MI16, formed in 1945, dealt with scientific intelligence. But not even spies can resist superstition – there was never an MI13.

Obviously, one of the first steps of being a spy is not revealing your identity, which is why James Bond is not always considered to be a great spy, as he is constantly revealing his name to his enemies. According to former spies and real-life spies, the best way to cover up your identity and the work they do is to make your job sound boring and to have a few cover stories. No-one is going to be too interested if you say you work in a furniture store!

In 2006, Russia claimed that Britain kept a listening device in a rock on a Moscow street. The accusation turned out to be true. Even today, MI5 estimate there could be as many Russian agents in London as there was at the height of the Cold War. There have also been recent claims of UK and US intelligent services bugging smart TVs. No word about spying from microwaves though.

Both MI5 and MI6 have made a transition from being super-secret to being more open to the public. In 1989, the Security Service Act gave the Services legal standing within the government for the first time, but that they could also be made more accountable. The Security Service could no longer tap phones or install bugs without a warrant. In providing further clarity, the 1993 book “The Security Service” described the six branches of MI5: counter-terrorism, counter-espionage, counter-subversion, protective security, security intelligence and record keeping.

Though MI5 began under the Directorate of Military Intelligence, Prime Minister Sir Winston Churchill transferred the Service over to the Home Office in 1952, under whose authority it remains today.

There is a third intelligent agency we often overlook. The Government Communications Headquarters provide intelligence and protect information relevant to UK policy, primarily through eavesdropping. Very little is known about how GCHQ operates, making it the more secretive of the three. The agency started life as The Government Code and Cipher School in 1919, breaking away from the cryptanalytic bureaux. In the Second World War is was based at Bletchley Park, and was involved in the decryption of Nazi German messages, using cypher machines such as Enigma.

Ian Fleming refers to James Bond as a Secret Agent, but this term has never been officially recognised by any of the British intelligent services. Members are called ‘officers’ while assets in the field are ‘Covert Human Intelligence Sources’. Doesn’t sound as cool, to be honest.

A License to Kill?

An iconic image of Bond is him with a gun, and you may think getting to be a spy means you can upgrade from an air pistol to a semi-automatic handgun. Yet, MI5 has frequently and fervently denied such a thing as a license to kill exists. And, of course, if MI5 and MI6 officers killed as often as Bond does, they wouldn’t be very good at staying secret, particularly if they did it in the ways Bond does. Even a small farmhouse in the Highlands of Scotland blowing up would be on the news.