How do Bomb Suits Work? 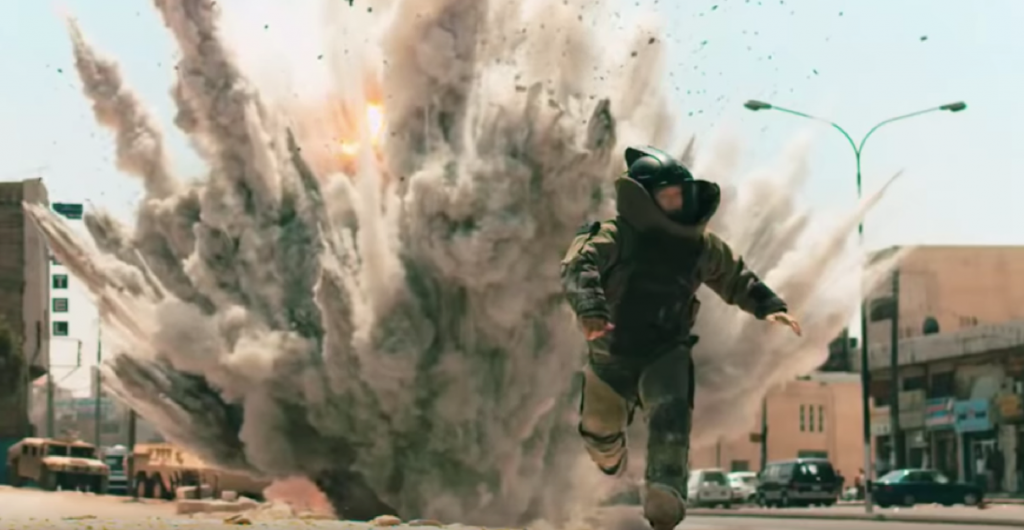 Bomb suits, otherwise known as Explosive Ordnance Disposal suits, are the culmination of years of innovation in battlefield technology. They capitalise on using state of the art materials in their construction, along with being cleverly designed to minimise the effects of an explosion on the wearer. As seen in various films and TV shows throughout the years, most notably in 2008’s The Hurt Locker, the humble bomb suit is something that we think doesn’t get enough credit. Therefore, in this article, we’ll be looking at what goes into making one and how the technologies work together to keep the wearer as safe as possible.

Elements of an Explosion

Naturally, bombs and explosions are extremely dangerous; however, there are three main components to what makes them so deadly. First, there is the blast; this is the sheer outward force of the explosion and the effect that it has on the body. Explosives such as TNT can have functional purposes for mining, which demonstrates how powerful these devices can be.

Secondly, explosions carry with them fragmentation, either of the casing of the explosive or from surrounding objects such as glass and metal. Fragmentation can be equally as lethal as the blast itself as it propels sharp objects at high speeds in all directions.

Finally, there is the thermal aspect of a bomb or explosion. Although explosions can differ in terms of style, composition and appearance, many, if not all, carry with them a lethal thermal risk. The dangerous thermal area of a bomb is limited; especially when compared to the blast radius. However, military tests have documented temperatures of up to 2480 degrees Celsius for some explosions when measured at the source; pretty hot!

The Creation of a Bomb Suit 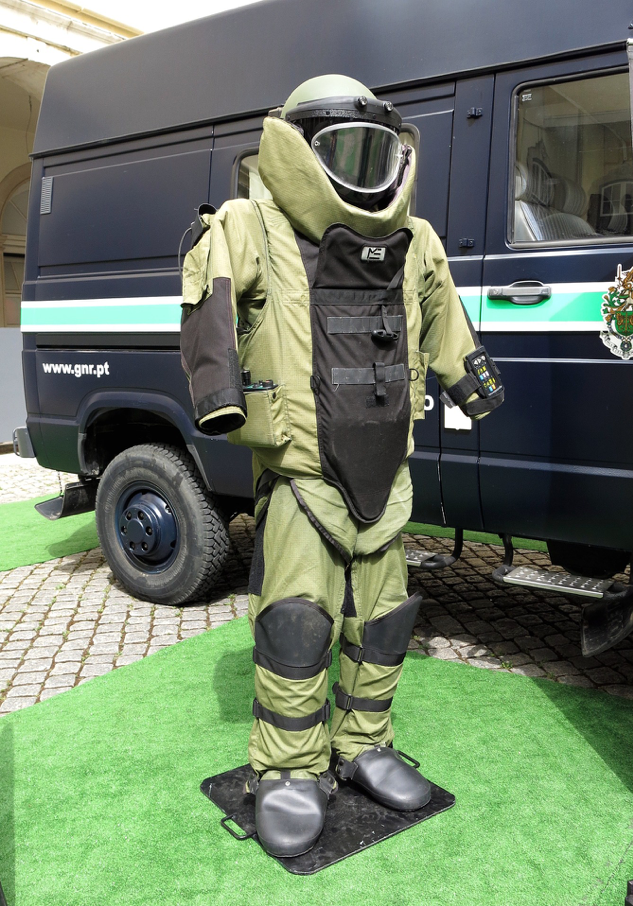 Unbelievably, modern bomb suits can provide adequate protection for wearers, using high tech materials and in their creation. Let’s take a look at what goes into the design and building of a modern-day bomb suit:

The helmet is key to the suit, naturally, as the wearer’s head is arguably the most important aspect to protect. Unlike the rest of the suit, the helmet is constructed to be solid and is made using a polyethylene composite, a material that has notoriously high tensile strength. The visor, having to be transparent, is a little harder to construct, as many see-through materials won’t provide suitable strength against a blast. The visor is made from polycarbonate, a similar, but more advanced material that is used for crash helmets. The same material is also used in airsoft visors; we just hope they don't have the same fogging issues!

The helmet also requires some technology to be built in, including communications and defogging. The helmet is wired up to a wrist control panel from which the wearer can operate various functions, including radioing their team and managing the cooling of the suit.

The top half of the suit is perhaps the second most important aspect of the suit, as it is responsible for protecting vital organs. This is made from multiple layers (up to 30) of Kevlar, a strong and heat resistant synthetic fibre. Kevlar is multipurpose in its use, being both strong to protect against fragmentation and heat resistant to protect against the thermal risk. Kevlar’s molecular design means that it is extremely difficult to puncture as it removes the energy from the object by dispersing it over a large area. Covering the Kevlar is a material called Nomex. This is a fire retardant polymer that does not drip or melt, nor does it conduct heat. Although it is flammable, it extinguishes when the heat source is removed.

Additionally, a blast plate is used, which is made of steel. This is attached to the front of the suit to cover all vital organs and is designed to absorb as much of the blast pressure as possible.

Most suits don’t actually include any protection for your hands. This is because dexterity is often seen as more important than protection. Being able to remain nimble with your hands and fingers will vastly decrease the likelihood of any mistakes or accidents. Although it may not be going through the mind of the wearer, if a worst-case scenario did occur, hands are fairly low down the priority list.

The trousers are also produced using multiple layers of Kevlar covered with Nomex, to provide the same protection for the legs. There is also an integrated groin plate (IGP) which is known by users as ‘the diaper’. The purpose of the IGP is to offer added protection to the groin region while maximising manoeuvrability.

The suits also come with boot covers to protect the feet, as with many explosive devices, they will be crouching or kneeling to access them, therefore enhanced foot protection is required.

If you’re looking for a little bit lighter protection for any incoming airsoft BBs, why not check out our range of airsoft clothing online? We also stock rifles, pistols and green gas for airsoft!