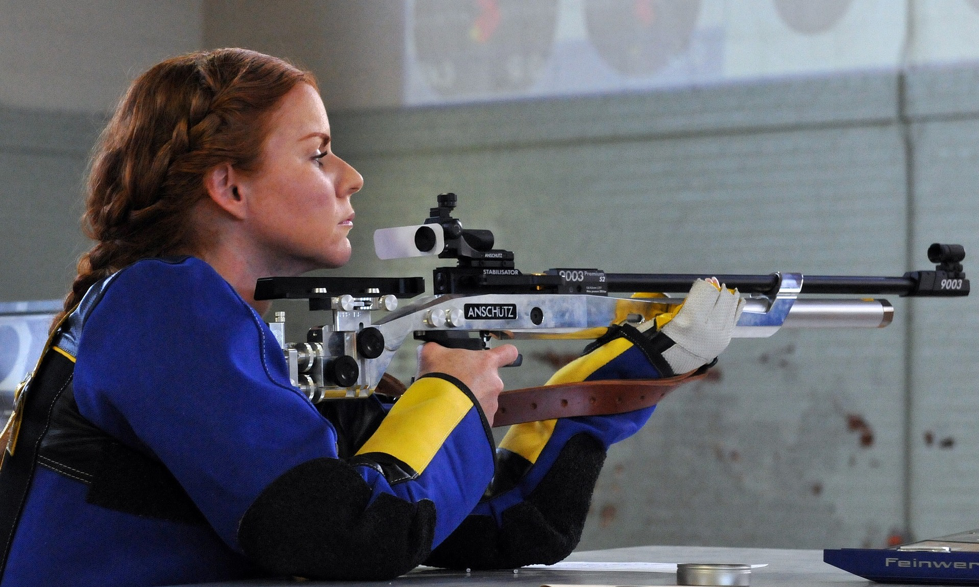 Airsoft is a sport enjoyed by many across the world. It combines the adrenaline-fuelled thrill of being a simulation battlezone with modern day safety and protection. We’re also starting to see increased media coverage in other elements of shooting competition, such as the Olympic sport of Rifle Shooting. Although shooting has been included in the summer Olympics for more than 100 years, the sport has seen increased popularity in recent years with campaigns such as the BBC’s ‘Get Inspired’ created with the objective of encouraging young people to take up new sports. Although many Olympic champions train from a very young age, it’s never too late to pick up a new hobby and start competing. Here’s our guide to the fundamentals of Olympic Rifle Shooting.

What is Olympic Rifle Shooting?

Relatively self explanatory, Olympic Rifle Shooting is a sport where participants compete by shooting their rifles at stationery targets from defined ranges: 10m and 50m. Shotgun and pistol events are also included in the Olympic programme, however, in this article we’ll focus solely on rifle shooting.

The 10m event sees both male and female competitors use rifles of 0.177 calibre with a maximum weight of 5.5KG. The shooters must aim for a ten ring target with the centre ring measuring just 0.5mm, an unbelievably small mark!

The 50m event challenges male and female competitors to shoot at targets using 0.22 calibre rifles, with the maximum weight of a female competitor’s rifle being 6.5KG and the male maximum being 8.0KG. The total target diameter is 154.4mm with the innermost circle measuring just 10.4mm.

The sport of Rifle Shooting can be broken down into four main components, these are:
- Shooting position
- Aiming
- Breathing
- Triggering

A shooter’s position is highly important for being able to achieve a high score. The position of a shooter will enable the other three elements to come together so they can aim and trigger correctly and accurately. A good shooting position will provide the competitor with stability, so that their body and rifle move as little as possible during the aiming process. A strong and stable position will also mean that competitors feel comfortable during their shoot and will be less mentally and physically tired. Naturally, as everyone’s body is slightly different, there are unlimited shooting positions. However, each position should provide:

- A necessary level of balance for the shooter – the rifle should have the least tension on shooter’s muscles
- Optimal conditions for the functions of balance and vision – being able to stand still and see the target clearly
- An unimpaired condition for the inner organs and circulatory system of the shooter – allowing blood to flow around the body and the breathing to be unaffected
- The correct criteria for the shooting position that the shooter is competing in – meeting the requirements for prone, stood or kneeling

Next in the process of achieving a high score is the aiming phase. In principle, it’s an easy thing to do, lining up the target with the ring and the optics. However, for beginners especially it’s hard to catch the target in the sights and find the centre. It is important to ensure that the size of the optics allows for optimal aiming to take place; typically, this means the centre of the target can be seen and the whole target should measure about 1/3rd of the area of the optics.

Finally, the process of breathing during competition and being able to manage and benefit from your breathing pattern can be vital in a successful shoot. It is important that the shooter has developed deep-breathing that can fill the lungs on the in-breath, as a shorter, more frequent breathing pattern can cause the shoulders to move and alter the position of the rifle.

After taking two or three deep breaths, the shooter should then be able to hold their breath for up to 20 seconds without any trouble. This allows them to take 8-10 seconds to position the shot and pull the trigger without reaching the point of breathlessness. The shooter should engage in cardio building and lung capacity exercises to improve their breathing and ability to hold their breath, such as running, swimming and cycling.

The technique of triggering can be a decisive moment during the shooting process and can often be the difference between winning and losing. The main priority for triggering is that it should not disturb the process of aiming or the position of the rifle. Pressure should be applied evenly and gradually in order to retain the target within the sight and limit rifle movement; ideally the process of triggering should take 1.5-2 seconds.

Think you’ve got what it takes to compete? Maybe you could adapt these techniques to improve accuracy with your airsoft rifles? Let us know your thoughts on Facebook and Twitter!