These are the Weapons You Should Grab in a Zombie Apocalypse 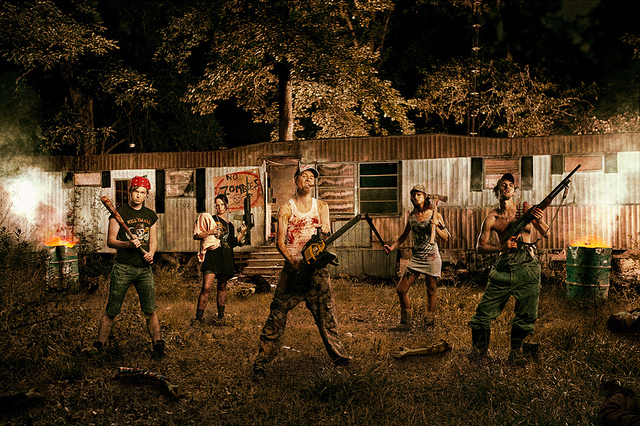 We have all thought about what our survival method would be in a zombie apocalypse, be it heading to a supermarket where there is a huge amount of food, going to an underground bunker or the crazier option of picking up a weapon and heading out to destroy the zombies!

If you think the last option would be the one you would go for, we can help out by telling you the best weapon to choose, as there are several possibilities available. This can depend on what your fighting style will be, because if you want to keep your distance from the zombie hordes (we wouldn’t blame you!) then a machine gun or crossbow is a good choice. But if you think you’d be in the thick of it, a knife or katana could be the weapon of choice.

Similar to a baseball bat, a mace can be very effective at killing zombies. Whether you want a regular mace or a mace with a chain which can give you a bit of distance, this weapon is good for someone with a bit of strength. Mace’s rely on brute force to cause any damage and are a little slower than other weapons, but the level of damage makes up for that.

Additionally, a mace can be easily put together. Just take a thick log, or bat of some kind, such as a wooden baseball bat, and wrap some barbed metal wire around it or hammer in some nails and screws. A mace is a great choice if you have no other choice than to be out killing zombies. Just ask Negan… 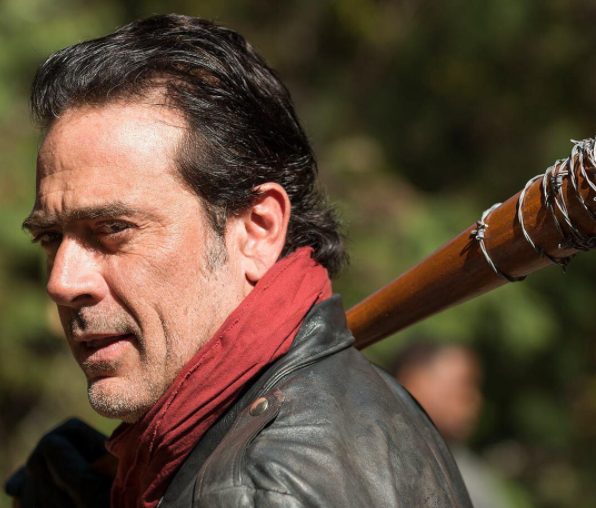 It’s an iconic zombie-killing weapon, and also creates a high level of damage, due to the dismemberment technique a chainsaw lends itself to. There is not much skill required to use a chainsaw either; you simply need enough strength and force to swing it about when the zombie’s attack. And of course, you don’t need to cut off your hand to wield a chainsaw effectively, in fact it may be detrimental, despite what The Evil Dead movies and TV shows tell us!

However, though they are popular in films, video games and TV, a chainsaw shouldn’t be your first choice. This is because they need electricity or oil to run, which can be in short supply in the event of a zombie apocalypse. Plus they are also very heavy. Better to save your energy and fuel and get a car and survive that way! 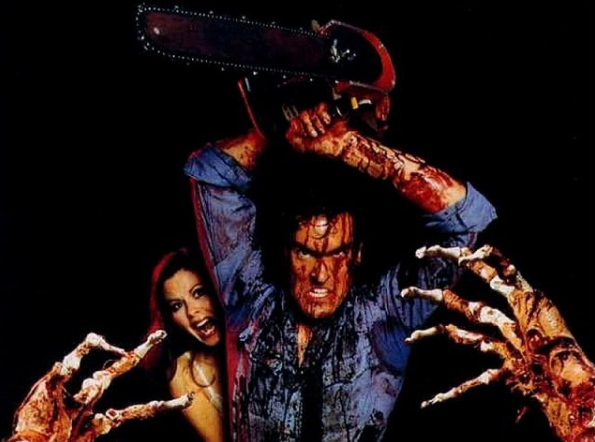 The only downside with using a sword is that you need to know how to use one if you are going to be killing zombies with it. Someone who can’t handle a sword correctly could get it lodged in a zombie and leave you disarmed and vulnerable. When properly and skillfully used, they can cause a huge amount of damage and quickly incapacitate a zombie.

The right sword in the right hands could be the best weapon during an apocalypse. So, the next choice is what type of sword? A katana is a popular choice, as seen being wielded by Michonne in The Walking Dead, but there are heavier ones such as longswords or broadswords which have a heavier killing blow. Just be careful to pick up a ‘real’ sword, display swords will snap or break very easily if actually used!

A fantastic weapon for killing zombies, the smaller size of an axe or hatchet means you can have one in both your hands. They can deliver deadly blows from a close distance, leaving dead zombies in your wake. The downside is being able to get away if you are overpowered by the hordes.

Hatchets can also be thrown from a distance, taking out a zombie before they get too close (but be careful with that tactic, the further you throw, the further you have to go to retrieve your weapon!). They are also a multipurpose weapon, as they can be used for cutting wood or for building fires and shelters… when you can get the chance to take a stop from the zombie killing!

A knife is something you will always want to have with you as a back-up as they are light and don’t take up too much room, but they can also be used as your primary weapon. If you are killing zombies with a knife, you will need to aim for the vital organs and move quickly, getting in a few stabs before they can bite you back.

Many people would use a second knife in the other hand, as this can give you twice the fighting damage. It would also help to master the art of knife fighting, so you can carry a few in your belt and throw them, like using a hatchet. Another similarity to the hatchet is that it is a great tool for your survival and not just your defence. We have a great range of survival knives in our store.

Bows and crossbows are a good long distance option, for many reasons. They do plenty of damage, and if you are accurate, you can take a zombie down with a single shot. They are also reasonably fast to reload and quiet. You can also recover the arrows after you have fired them, and make new arrows pretty easily, so you have less chance of running out of ammunition.

Many believe the crossbow is the ultimate weapon to have during a zombie apocalypse, and when you have someone like Daryl as a zombie killing with a crossbow role model, we have to agree to some degree. The only downside is that they are rather cumbersome to carry around compared to the relative ease of a sword or gun. 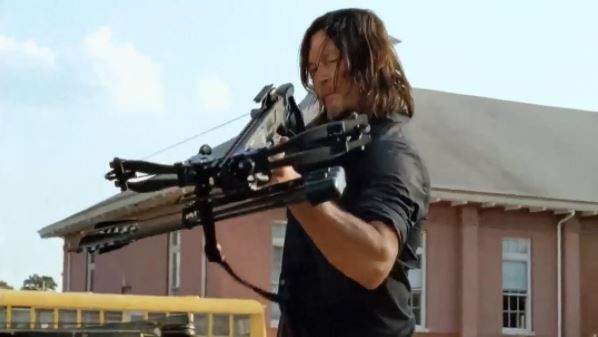 It seems like the obvious choice, but it is easy to see why guns are the best options. Guns, from air rifles to shotguns, are great for killing zombies as they are quick to reload and take them down fast. You can use a shotgun or handgun for short range, but an assault rifle is best for overall use.

One of the downsides to guns is the need for ammunition. It is not much good having a gun when you run out of bullets, so the good idea is to have a varied choice of weapons so that you can use the ammunition sparingly. Another negative is that guns are pretty loud compared to a sword, and could attract the attention of more zombies.

Lawnmower! No, really! Totally impractical for most of us (I don’t know anyone with a petrol mower and my extension lead won’t stretch that far). But very cool if you can pull it off! (Just, you know, don’t try this at home!) 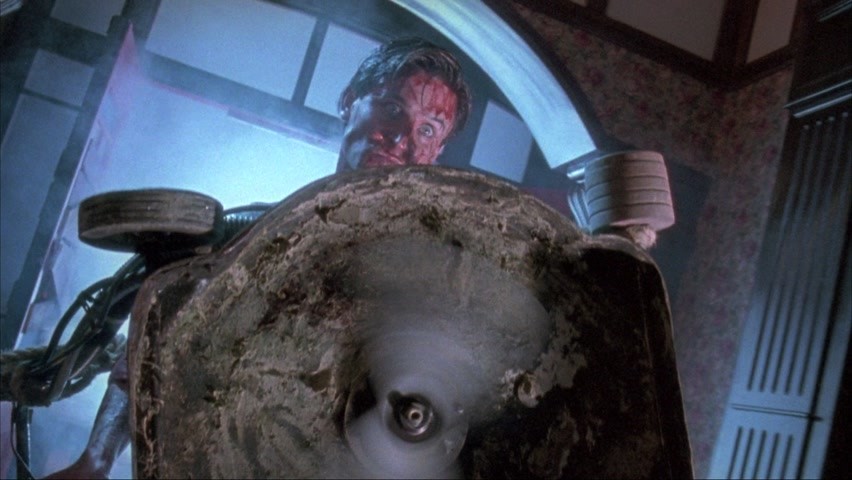 Then there is also the option of going to the Winchester, having a nice cold pint and waiting for it to all blow over.