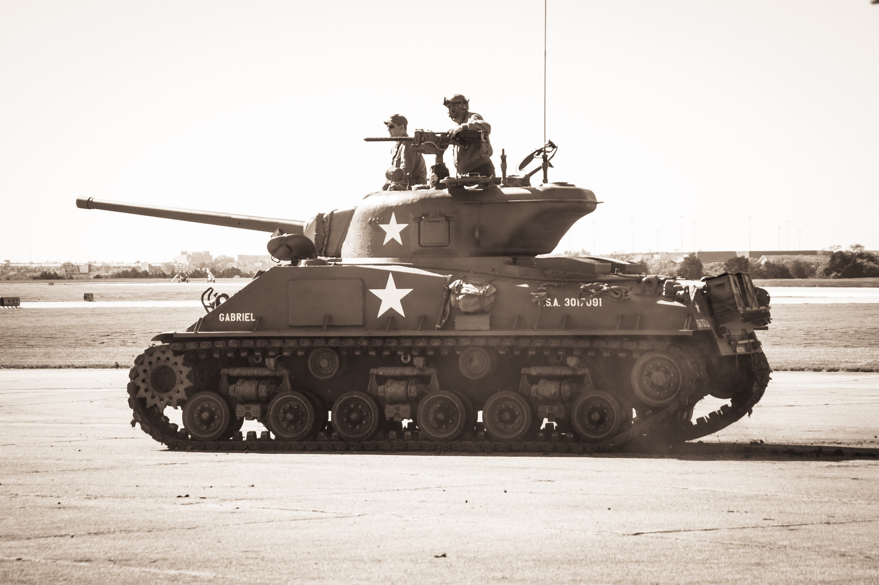 We know a lot of our readers who buy our airsoft guns love military simulations as much as we do. As such, we’ve pulled a list together of five of our absolute favourite badass military APCs! Armoured Personnel Carriers, or APCs, have been a mainstream military weapon since World War I, designed for transferring troops from one place in the battlefield to the next and supporting infantry pushes through entrenched enemy lines. Nowadays, APCs have come a long way, and their fearsome weapons and impenetrable armour make them a force to be reckoned with on the battlefield. It’s hard to pick favourites, but here are our top five APCs fighting in wars today! 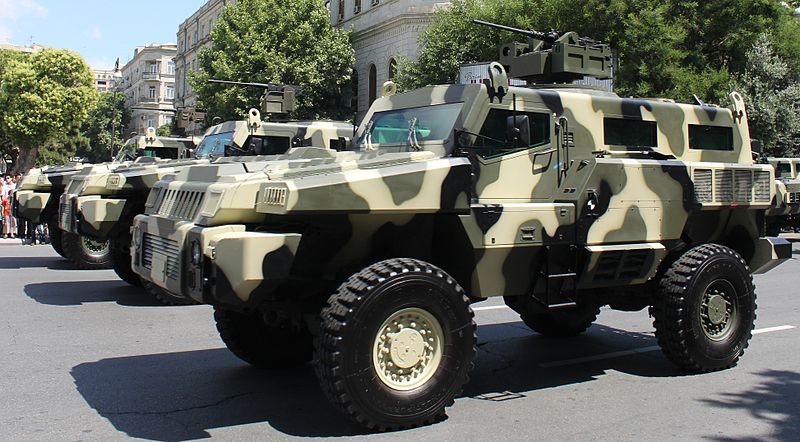 Image Source: Commons
The Marauder is an APC that civilians can buy. They’ve not gone for the leather seats partly because the texture might clash with the look of the machine guns. The vehicle does compensate in other areas: it redefines what it means for a car to be all-terrain, controlling its immense ten-ton weight over anything and everything you drive by. The chassis is strong enough to push through brick buildings and withstand explosions.

Despite only having a top speed of 70 miles per hour and 290 horsepower, the Marauder shines with its unbelievably high torque: 1,100 newton-metres of power. That’s more than double that of a Ford Mustang, almost twice that of a Ford GT, and well above an F1 car. The windows are 90mm thick, designed to endure the blast of an RPG. The Marauder is an awesome APC utterly overflowing with power. 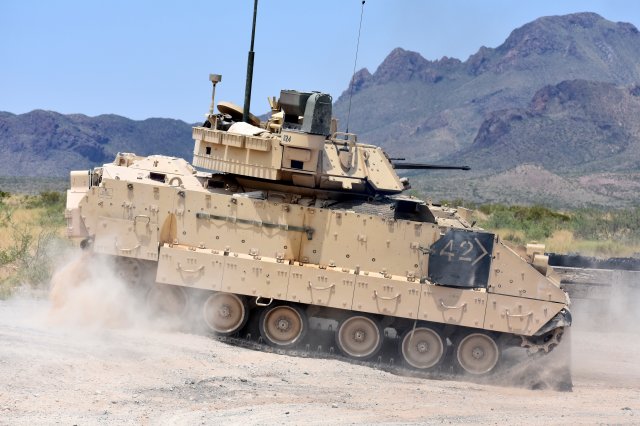 Image Source: U.S Army
Known as the ‘next-gen Bradley’, a modernisation of America’s current APC of choice, the NGCV is bigger, stronger, and more mobile than ever before; it also boasts a higher efficiency transmission that its predecessor. The APC has a false floor so troops can walk and sit inside the vehicle and are still protected if there is a blast or mine attack.

Leveraging technology from BAE systems, a powerhouse in military development and protection, the NGCV will have 240 more horsepower than the Bradley and come with a mounted M242 25 mm Bushmaster Chain Gun, supported by a 7.62 mm M240C machine gun on the top. The vehicle will also come with a twin tube TOW anti-tank guided missile launcher unit mounted to the left of the turret, with a maximum range of over two miles. Finally, bespoke designed acoustic and thermal reduction technology make the huge vehicle sneaky and difficult to detect on surveillance equipment.

The Bradley has been due for an upgrade for a while, and the US army’s next-generation APC will be an absolutely fantastic piece of kit. 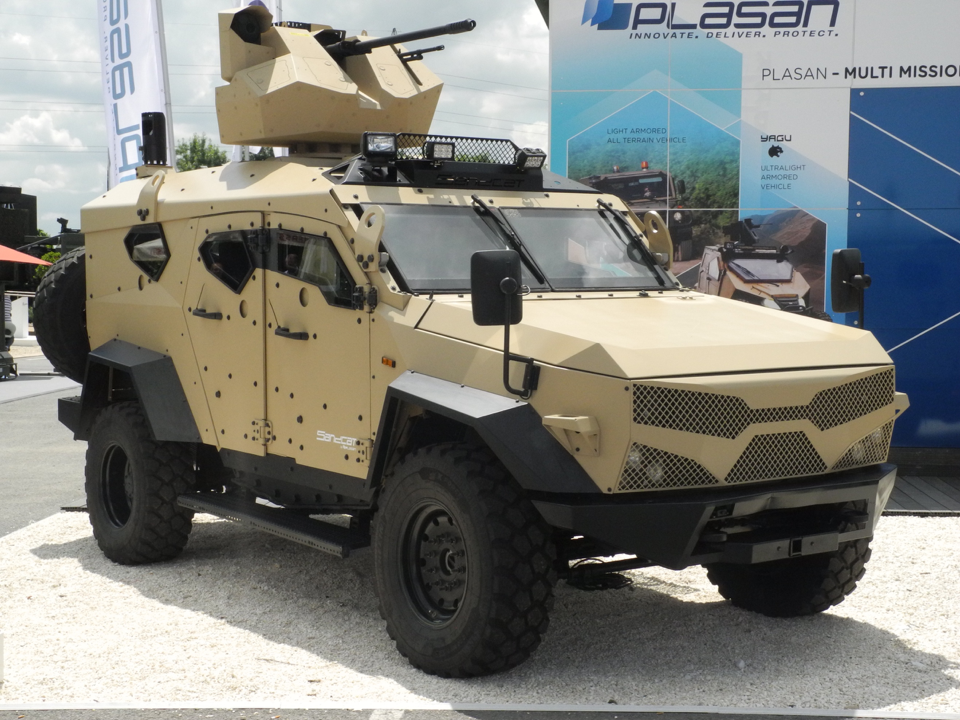 Image Source: Commons
The Plasan SandCat has been in use in the last decade by at least 15 different countries across the world, including the Canada, Israel, Sweden and Ukraine. The slightly compact vehicle was built for both army and police forces. With the exception of Swedish SandCats, first generation SandCats were based on a Ford F350 chassis, while today they both use the Ford F550 chassis. From this commercial car base, the SandCat adds steel and Kevlar protection to the car’s body, a hugely powerful 6.7L diesel V8 engine to the bonnet and a huge 150L fuel capacity tank to help power the gas-guzzling machine.

Each SandCat has a massive ground clearance height of 280mm to protect its passengers from IEDs. It also has a unique kitted hull where the armour is created from overlapping steel being bolted together rather than welded. This gives the vehicle even more protection from explosions and mines. The car is also hugely customisable: varieties exist to hold anywhere from four to nine passengers, with or without Non-line-of-sight-guided missile launchers, heavy machine guns, and more. Well respected internationally for its excellent handling and protection of its passengers, the SandCat is one badass military vehicle. 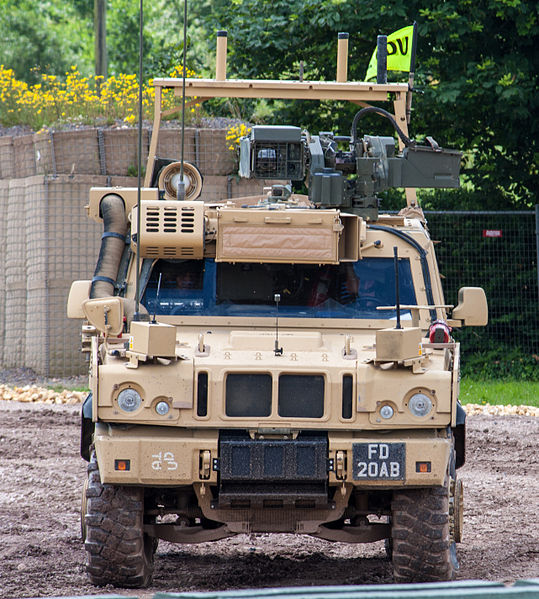 Image Source: Commons
Up until this year, the Panther CLV was the APC of choice among the British Army. Selected as the British Army’s Future Command and Liaison Vehicle (FCLV) in 2009, the Panther is based on the Iveco LMV developed in Italy but radically redesigned in Newcastle by BAE systems. However, the Panther fleet itself was sold off this year because it failed to meet hot weather trials in the Middle East.

The Panther was designed primarily for strategic and tactical mobility on the one hand, and protection when facing anti-tank and anti-personnel mines on the other. The vehicle also has modular armour protection and stealthy design to help its passengers quickly and sneakily get around the battlefield. Its high protection, quick speed and ability to mount powerful weapons made it very flexible, configurable as a scout, command or liaison vehicle. 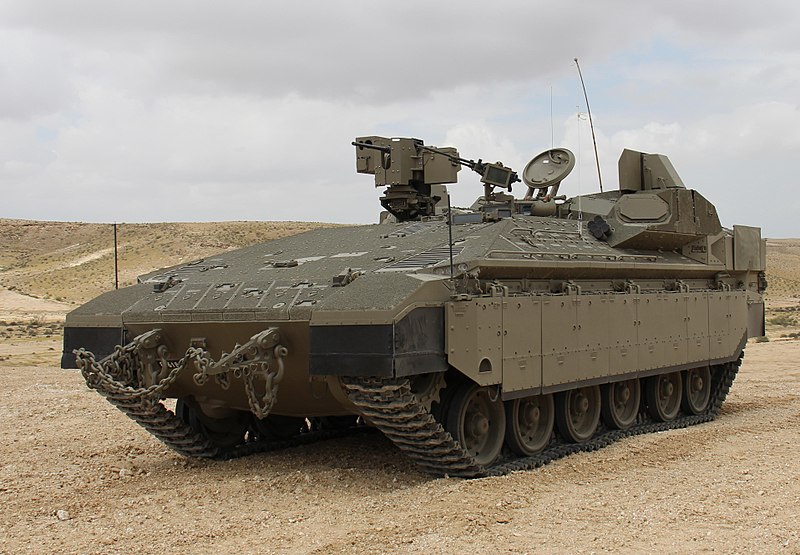 Image Source: Commons
The Namer is probably the most highly protective APC in the world. Developed in 2008 as part of the IDF’s modernisation plan, it contains all the most cutting-edge technologies for military vehicles in one device. The 60-foot armoured vehicle fits a crew of three inside, alongside 12 passengers. The car comes with advanced defensive systems, missile launchers, machine guns, day and night scouting equipment and an internal air-conditioning unit. Its ergonomic design makes for easy troop deployment.

The APC is also equipped with a 12.7mm M2HB heavy machine gun, a 7.62mm M246 machine gun, a 60mm mortar and smoke grenade launchers, with designs for a Samson weapon station armament and a 30mm automatic cannon in the works.

Taken straight from the screen and pages of the fictitious Alien series, the M577 is the definition of ‘badass’. Fitted with two gattling cannons, two phased plasma cannons and a 32-round automatic light mortar, this beast can carry up to 13 people across the battlefield. Kitted out with state-of-the-art sensors and armour, if this APC was ever created for the real world, we’d have something truly special on our hands.

Think you know a cooler APC on the field today? Or have you been on the airsoft field recently with a vehicle supporting you? Let us know in the comments section below or on social media!