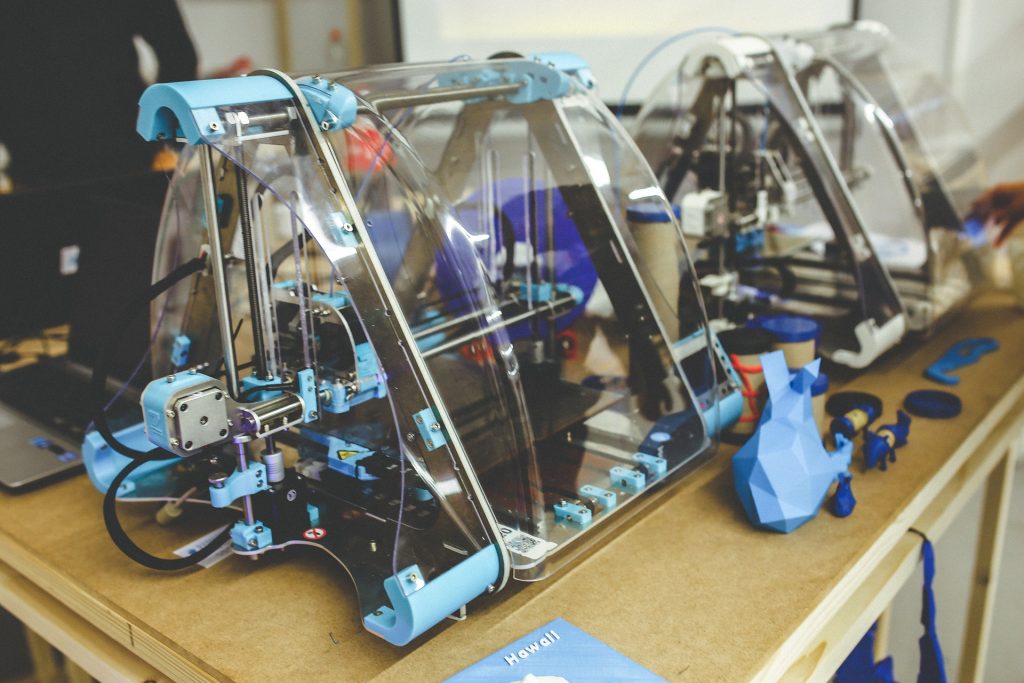 In 2013, news channels across the world starting to take notice of Cody Wilson, the owner of Defence Distributed, US-based company responsible for the first 3D printed gun. The gun was titled ‘The Liberator’ and the designs were made available to download for free from the internet. Six years have passed since and we take a look at how 3D printing has evolved, and whether 3D printed firearms pose a viable threat.

A History of 3D Printed Guns

3D printing, otherwise known as additive manufacturing, is a process that begins on a computer. Designs for parts and products are made using a CAD program which then are sent to a 3D printer for production. The printer uses plastic (or in some cases metal) to print the product layer by layer until the final item is complete.

In the last ten years, 3D printing technology has advanced, both in technical ability and in making them more commercially affordable. 3D printers can be bought for as little as £100 - £200, although these are often limited by size, material and precision. As with most things, the more money spent, the higher the quality. This advancement led to Cody Wilson, founder of Defence Distributed, beginning to experiment with manufacturing plastic parts for real steel rifles (such as lower receivers and magazines). In 2013, Cody debuted footage of him firing, by hand, the first 3D printed gun – other than a metal firing pin and block of steel used to comply with US gun laws. This gun was designed to be safe for one bullet, which would cripple the inner components during the firing process. Since then, we’ve not seen too much movement on the fully 3D printed weapons scene.

It’s clear that these guns pose a threat, both to the user and anyone in the way of the bullet, but a ‘viable’ threat may be a different story. Although the gun worked for Cody’s test, this could have been a completely different story as other, non-handheld tests saw the gun barrel explode upon firing. This explosion also caused the bullet to be knocked off course; instead of firing straight, it was directed towards the floor.

It’s no secret that the UK has much tougher gun laws that the US, where the majority of 3D printed weapons news coverage is sourced. This means that it’s illegal to both download the print files and to actually print the gun in the UK. Additionally, the gun doesn’t come out as a finished product, meaning there is still some craftsmanship skills required to get it in anything close to working order. The claim that these can be made by ‘anyone that owns a 3D printer’ is relatively untrue as you still require a strong working knowledge of firearms to assemble the kit.

It’s important to remember that the scary headlines are designed to sell papers, meaning that it’s more what isn’t said rather than what is said. The idea that everyone with a 3D printer will want to make one of these is absolute nonsense. Even if someone did create one of these weapons, it would also be a stretch to assume that they wanted to use it to harm another human being. Equally, as the designs currently stand, the gun has the likelihood of harming the user just as much as it does the intended recipient, if not more so.

A Barrier to Entry

One of the main concerns raised on the topic is that the barrier to entry for people to manufacture their own firearms has been substantially lowered with the commercial availability of the 3D printer. Although this is true, the argument presented by those in favour of 3D printed weapons is that it has been possible to build firearms at home for years.

However, to be clear, 3D printing and design isn’t something that can be taught in a five minute YouTube tutorial. Although many people see the designers of such weapons as a threat, the flipside is that they are also highly skilled and talented CAD designers with months, if not years of training and experience under their belt. Whether they are self-taught or otherwise, being able to build a design from scratch is no easy feat and immediately limits accessibility. The cheaper 3D printers will require tuning and continuous care to ensure they keep running well, whereas the more expensive ones cost roughly £1000. The more expensive machines will have better self-care but this is a large investment to make for such a small gain.

As with many new innovations, the technology will inevitably fall into the wrong hands. For every significant technological advancement, there has been an equal and opposite illegal reaction. The advent of DVDs spawned the illegal piracy of films, and with computers came computer viruses. As with both of these things, the people carrying out illegal activities were firmly in the minority of all users, comfortably less than 1%. It’s important to remember the benefits that come with 3D printing too; the new opportunity for manufacture and allowing designers to create prototypes of new products without an overinflated cost. It’s even possible for people to create their own mods for their airsoft guns, assuming they follow the right specs.

Over the years to come, it is likely that 3D printing will continue to advance at the current fast pace. This means that 3D printed weapons will advance by default. However, over the last six years, we have seen very little advancement in terms of 3D printed weapons, mostly due to the limitations – such as the strength of the plastic and the quality of the printers. So, to answer the question of the article: no, we don’t think 3D printed guns pose a viable threat, not for now at least!

We’d be interested to know what your thoughts are on 3D printed guns. Let us know your thoughts on Facebook and Twitter, and in the comments below.