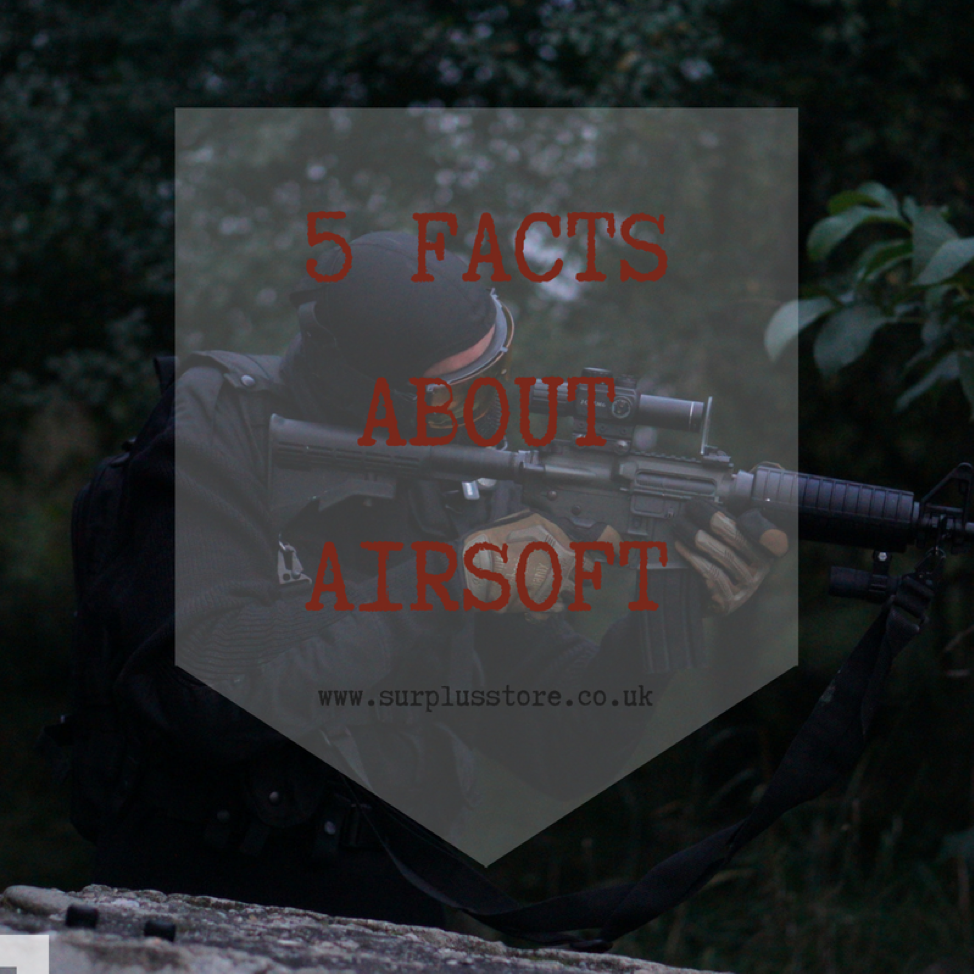 Airsoft is becoming a popular sport for those seeking an adrenaline rush, want to copy their favourite video game players, or just want to try something a little bit different. Airsoft has been around for ages but has only become more widely referred to in recent years. There is nothing quite like getting hyped for a day spent on the field playing with some of your friends.

You may already think of yourself as a bit of an airsoft buff, but did you know any of these interesting facts about your favourite sport?

Did You Know That Airsoft Started in Japan?

The sport began so that people could legally own a gun which could shoot projectiles (BBs) without it having to be classed as a firearm! However, it originated during the 1980’s and was Japan’s answer to paintball! Over the years airsoft has advanced massively, in both technology and as a sport with more realistic guns which has given more realism to the game.

As the demand for realistic guns grew, so did the popularity of airsoft! Many of the first airsoft guns were made by hobbyists and were made to use plastic pellets. However, as the trend caught on, many Japanese companies got in on the trend and started making them on a much larger scale, with many other countries jumping in on the fun. This led airsoft guns to become much more popular in places like Taiwan, Hong Kong, Korea and the Philippines. Soon the trend caught on all around the world in places such as North America, Europe and the United Kingdom.

When the first guns were created, many of them were spring powered and had to be cocked before each shot. Japan then eventually developed airsoft guns further, and they evolved them into fully automatic gas and battery powered airsoft guns which we use today.

Airsoft can actually be really realistic, and airsoft guns have been used during military training to help soldiers with new tactics, firing and many more scenarios and aspects. Additionally, airsoft guns are often used in law enforcement training, with officers taking advantage of the relatively safe projectiles. Many airsoft inventions were also developed originally for military and law enforcement use!

It Doesn't Cost A Lot of Money to Play

If you are yet to get involved in airsoft, you may think it is an expensive hobby to have. However, this isn’t the case at all, as there is such a wide range of kit out there which is sure to fit your price range. Obviously, it can be an expensive sport if you want to treat yourself to the very best gear, but it is a hobby/sport which everyone can play!

There Are Three Main Types of Airsoft Gun

Spring guns range from the cheapest market springer pistols and rifles (these are what airsofters call BB Guns!) up to the pure breed upgraded sniper rifles for when you really need to reach out and touch someone!

There is also a difference between what we would call cheap BB Guns (what you see for 5 Euros in a shop on holiday) that can be gas, electric or spring powered, these tend to break pretty quickly as the internals are all plastic. The proper airsoft guns, again available in all three power types will be much more powerful, longer lasting, more accurate and will hold their own on an airsoft field. Don’t turn up to an airsoft game with a cheap BB gun unless you got some serious skirmish chops under your belt!

Airsoft Is Great for Improving Teamwork

This may be an obvious one, but airsoft is a great way to improve your teamwork skills. In the majority of games, you will be working as a team to eliminate the enemy or working towards an objective as this is one of the most fundamental aspects of airsoft. Participating in this sport will naturally help you build your teamwork skills. Additionally, you will have to adhere to the honour system, while as a player, you will have to admit when you have been hit. This can then lead to you growing in maturity and honesty and make a good name for yourself within the community.

If you want you to start off in the world of airsoft, there is no time like the present! We have all the gear you need in store or on our online shop!

We know you probably know some or most of these, do you have your own ‘facts’ to add? Let us know using our social media channels!