5 Upcoming Action Films and TV to Get Excited About 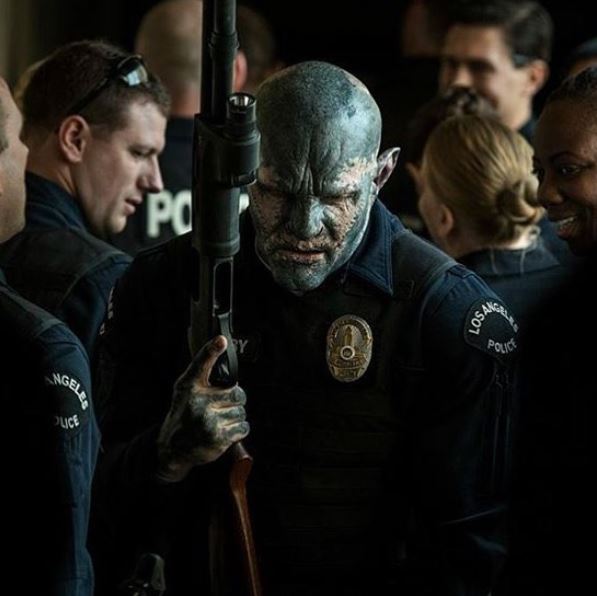 It’s been a good year for action films, with films like Logan, John Wick: Chapter 2, Kingsman: The Golden Circle and The Hitman’s Bodyguard being enjoyable flicks with men and women kicking ass and firing guns, and there are several more action films to look forward to in the coming months. We have taken a look at five upcoming action films (including one TV show) to get excited about, where we can expect to see some brilliant fight scenes and lots of shootouts!

Bright is a fantasy action mixed with crime thriller coming to Netflix on December 22, 2017, directed by David Ayer (Fury, and, sadly, Suicide Squad) starring Will Smith as a Los Angeles Police Department officer who teams up with an Orc cop played by Joel Edgerton. The alternate world has humans and fairytale creatures coexisting, and from the looks of the trailer, Bright looks like it’s going to be a funny film, with some pretty decent action and car chases too. The premise may sound a bit out there, but going by Netflix’s other original content, the story should be better than it sounds.

Bruce Willis looks like he is back on action star form for this vigilante action flick, directed by Eli Roth, and a (some say unwarranted) remake of the 1974 film that starred Charles Bronson. The film’s plot has been altered slightly from the original, but if you don’t know the premise, Death Wish follows a doctor (Willis) in Chicago who becomes a vigilante when his wife is murdered and daughter attacked by robbers. In many ways, it feels like the film is a return to Bruce Willis’ famous John McClane in the Die Hard Franchise. Expect a fair few shootouts and plenty of Willis’ sardonic one-liners.

After the huge successful Deadpool, we are avidly anticipating the sequel. Ryan Reynolds is once again the Merc with a Mouth, up against Josh Brolin as Cable and Zazie Beetz as Domino. The release date is June 1, 2018, so we are still a long way off, and details on the story are few. However, we do know some stuff about the new pair of protagonists, Cable and Domino, from the comics. He has telepathy, telekinesis and technopathy abilities, and is also an expert marksman, hand to hand fighter and a history I am not even going to try and explain here, she has a slightly less convoluted story, but is no less dangerous for it with the subconscious ability to affect probability (think dancing through a hail of gunfire avoiding every shot). We can expect more of Deadpool’s humour and some other great fight scenes, hopefully, several with Cable’s homemade gun (10 internet points if you can list the different rifle parts in this chimera!).

Also out in March next year is Red Sparrow, the spy thriller starring Jennifer Lawrence. A cross between this year’s release Atomic Blonde, and the classic spy James Bond, the film is about Russian intelligence officer Dominika Egorova (Lawrence) and CIA agent Nathaniel Nash, who tests Dominika’s allegiance. Expect to see some cracking fight scenes and some gruesome deaths as the Russian ‘sparrows’ use body and mind to get their targets.

The Punisher was a hit in the second season of Daredevil, so much so he has been given his own show. Jon Bernthal is back on November 17, and we have to say, we are very excited by this one. Bernthal is perfect casting, and we can expect many great fight scenes, shootouts and car chases. The story will give us more of Frank Castle’s military past and how he was being set up as a hit-man for hire. Here’s hoping for more like Daredevil and less Iron Fist.

With all of these films including expert marksmen, why not practice your own shooting? At Surplus Store, we have a range of air guns to choose from,  ranging from Daystate Pulsar air rifle to Air Arms air pistols. Why not take a look online or head into our store today?