7 of the Weirdest Wars Fought Throughout History 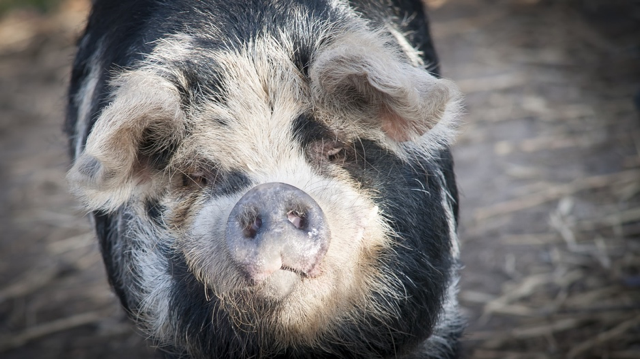 Many wars are fought to gain territory or restore honour; they are complicated affairs that often result from several trigger events and building tension between two nations. However, throughout history, there have been some fascinating wars that are the exceptions. We’ve listed some of the best, most bizarre wars which have been fought throughout history, so here they are, in no particular order!

The shortest war in history is awarded to the Anglo-Zanzibar War, lasting a whole 40-minutes! The war was between the UK and Zanzibar in 1896, and the British champions won by disabling their enemies’ defences. The Zanzibar army suffered 500 casualties, a large number in comparison to the one British person hurt.

One of the weirdest reasons for a war includes someone’s ear… Robert Jenkins’ ear to be exact! When Captain Jenkins lost his ear in 1731, it started off a conflict between Spain and Britain. It wasn’t until eight years later that the war finished, with Britain coming out a little worse for wear in comparison to their Spanish opponents.

The Pig War began because of the shooting of a pig in 1859, causing the United States and Britain to be at loggerheads. So, why was the innocent pig shot? It crossed enemy lines onto the Lyman Cutlar’s private property, and the whole situation escalated from there. After a series of back and forth between Cutlar and the pig’s owner, the British threatened to have Cutlar arrested, so American troops were deployed to protect him. The war lasted for several days, although no violence ensued as both sides were both given the orders not to shoot first. The only casualty of this war was the poor pig!

The War of the Stray Dog

The crisis between Bulgaria and Greece in 1925 is referred to as The War of the Stray Dog because of one of the theories of how the war originated. The story goes that one of the Greek soldier’s dog ran across the border and the solider followed to catch his pooch. The Bulgarian border guards noticed the soldier and shot him, sparking a conflict between the two countries. The fatality rate was 121 Greek soldiers to 50 Bulgarian victims, most being civilians.

Nicknamed the ‘Drunken War’, the day was assigned for fighting, whilst the evenings were for going for a couple of drinks… with one another! It may sound like fun and games, but the war lasted for a couple of months and resulted in many being killed or injured.

Perhaps one of the most unusual wars throughout history took place in the November and December months of 1932. The war consisted of Australians and their opponents… emus. Yes, you read that right! Thousands of emus arrived onto the farming lands of Australia, destroying crops and the fences that bordered the fields. The Australians planned several ambushes to defeat their ‘enemy’, which resulted in several hundred emus being killed after 2,500 rounds of machine gun ammunition. Believing they had won this war, the Australians retreated, only for the emus to return once more. The army returned, killing 986 further emus, at a rate of 10 rounds per kill. However, army intervention still didn't resolve the emu issue, and the farmers called for aid several times during the following decades, only to be denied.

The Longest War in History

The longest war in history lasted for an astonishing 355 years, with a causality rate of 0! This war, which lasted three centuries, was between the Netherlands and Sicily until peace was called in 1986. The war began in 1651 because of political issues between the two, but nothing ever happened, and was eventually forgotten for several centuries until peace was declared.