A Brief History of Airsoft 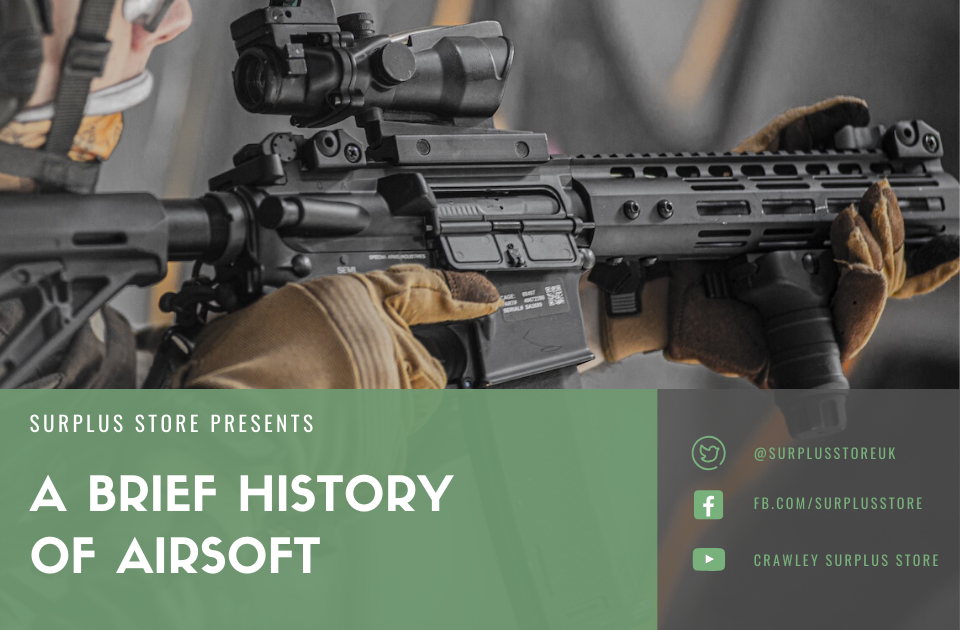 Airsoft is fantastic sport and hobby perfect for those who are looking for a fun activity that keeps you active and requires you to use your head as much as your body. But where did it come from? We’ve taken a brief look at the history here:

Airsoft guns originated in Japan where, post-WWII, it is illegal for private citizens to own a firearm, but replica firearms are perfectly legal and have long been sold on the shelves in Japanese shops.

It was in the 1980s that a unique innovation was devised with replica guns. Manufacturers created a replica gun which could project pellets using the kinetic energy stored in a spring. The popularity of these guns grew, and more Japanese companies started to produce them on a much larger scale.

The popularity of these guns then spread to China, Hong Kong, Taiwan, Korea and the Philippines, where equally strict gun laws existed. At first, these guns were primarily used for target practice, but in time, people began to use them on each other in “simulated warfare”. The development of plastic pellets was also a revelation for the sport as it gave the ability for an individual to “shoot” their opponent without causing a severe injury.

Branching Out To The US and Europe

It didn’t take long for airsoft guns and the concept of airsoft games to reach America and Europe, eventually spreading across the world by the early 1990s. In the early days, the guns were sold in pieces and had to be assembled before they were capable of firing pellets. Luckily, this has changed in modern times, and the guns come with the majority of parts already assembled for you!

There are those who credit the American air gun manufacturer Daisy as being the first company to make a replica air gun fire plastic BBs. But the Daisy line was actually rebranded air guns from the Japanese company Maruzen and introduced into the American market, known as “Softair guns”. 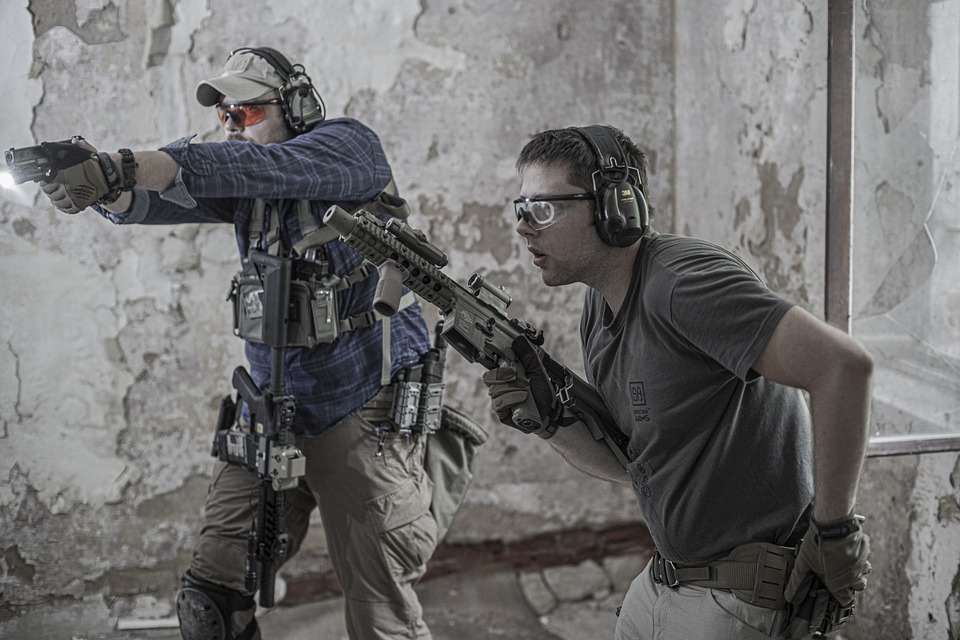 “Softair” guns would work by loading 6mm plastic BB’s into realistic firearm cartridges. After this, you would then load into a magazine for the semi-automatic replicas or load the chambers on the replica revolvers. The downside of this style of gun was that you had to pull the cocking lever back after each trigger-pull, which was not quite the realistic action that manufacturers were looking for.

Daisy’s line of air guns and ammunition were trademarked “Softair”, which is quite possibly where the name came from; although others say it is in reference to the green gas used to fire the projectiles.

Development of the AEG

One of the biggest developments for airsoft came in the early ‘90s when Tokyo Marui developed the first automatic electric gun, or AEG as they have more commonly known today. The Japanese company had previously focused on building radio-controlled toy cars, so adapted the motors to build the internal gearbox system used in electric airsoft guns.

The AEG gearbox brought with it a more rapid-fire element which helped to add a realistic rate of fire to accompany the look of the guns. Many manufacturers have now replicated the Tokyo Mauri gearbox to create AEGs of their own.

Throughout the 1990s, Tokyo Mauri continued to develop ways to improve range and accuracy in their guns. It was during this time that the hop-up system that is common in modern airsoft guns was developed.

What Fuelled the Popularity?

Many of the original fans of airsoft were young males who, for the first time, could replicate their favourite action heroes in a more realistic way. Other influences such as pop culture, strategy games and, of course, military history played their part in the development of this new game. This led to different variations, or game modes, being thought up to incorporate a more strategical element.

There are those out there who say that the acceptance of airsoft was fuelled by the popularity of paintballing. While this may be true in some instances, airsoft is seen as more of a strategical form of gaming in comparison to paintballing; which isn’t to say that paintballing isn’t hell of a lot of fun! It is just that airsoft can offer a more realistic military simulation experience, which is probably why it is used in military and police training, and in the rehabilitation of soldiers suffering from PTSD. 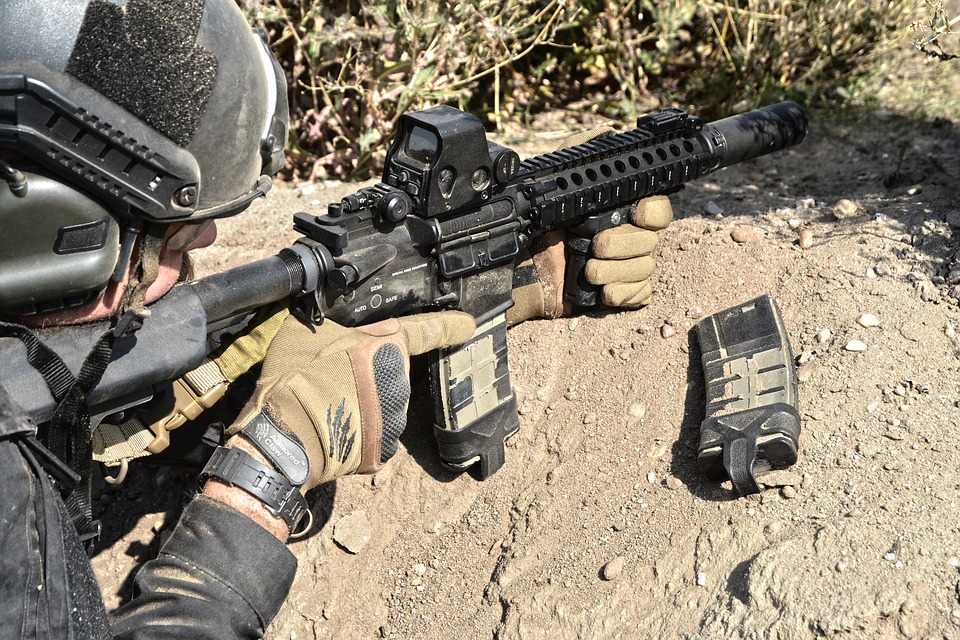 Airsoft continues to grow in popularity and has formed quite a close community. Thanks to the internet, forums, discussions and social media groups are all used by fans to organise new events and just share their common love of the sport. Airsoft guns have also continued to develop and become more sophisticated.

Gone are the days where they were seen as mere replica toys; they are so much more than that, and with airsoft showing no signs of slowing down anytime soon, expect to see the sport continue to go from strength to strength in years to come.