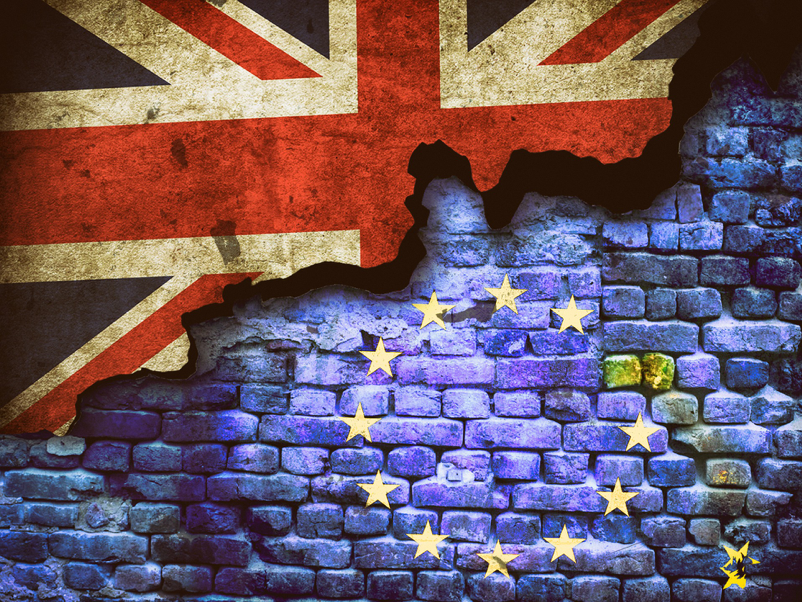 Strangely enough, we’ve not heard the word ‘airsoft’ mentioned in any of Boris’ Brexit plans, which must mean it has slipped down the priority list. Luckily, it still holds centre stage for us, and we’ll be keeping a firm eye on how the Brexit scenario will be affecting our favourite sport. Unfortunately, almost none of what we’ll be mentioning in this article is confirmed, as it feels that not even the people in charge know what’s happening. However, we wanted to put this together to look at the possibilities that could come with a (more than likely) No-Deal Brexit result and how our beloved airsoft will be affected. If you think we have missed anything, or if there is anything specific that you would like to see an article on, drop a comment below or reply to our social media posts on Facebook and Twitter!

A phrase that newspapers have come to love, the current uncertainty means that we are in no position to confirm any points; however, we too enjoy the speculation. At the time of writing (August 2019), we have recently seen the appointment of a new Conservative Prime Minister, Boris Johnson. The new PM seems set to push through Brexit in line with the deadline of 31st October, even if it means leaving the EU without a deal. If this does happen, what could it mean for airsoft?

With airsoft, one of the main ways that players, sites and shops will be affected is purchasing equipment and gear from EU suppliers. If a no-deal Brexit scenario plays out, then we could potentially see customs tax and VAT being placed on items that we purchase from EU countries. Although many airsoft manufacturers are located in the Rest of the World (ROW), there are a number of brands that are based within the EU, such as AirsoftPro and Cybergun. When purchasing items from these suppliers, we could have to pay a little extra, either at the check-out or when they are delivered to cover the customs charges and VAT.

It’s worth noting that under the current system, items purchased from ROW are charged VAT according to their value, marked down by the supplier – this could either be a value of over £39 when marked as a gift or £15 otherwise. Additionally, customs duty charges could be applied to slightly more expensive items, typically 2.5% on anything between the value of £135 and £630.

Currently, it is unclear when and how much we will be paying to bring products into the UK from the EU. It is expected that the current ROW system will remain in place; however, at this stage, anything is possible.

To add insult to injury, many people are predicting that the Great British Pound will take a hit and sink even further down in value. Recently, we’ve seen exchange rates as low at £1 for €0.90, at certain airports around the UK. This adds an additional layer of costliness, as businesses and individuals that source from the EU and ROW will receive less product for their Pound. This inevitably means that the end pricing will likely be affected as businesses will need to raise costs to stay afloat.

As with all negatives, there can also come positives. One such scenario could see an improvement in UK based airsoft manufacturers and suppliers. Some armchair economists are predicting that a no-deal Brexit will place the emphasis firmly back on the British high street and UK-based businesses. This will encourage people to shop closer to home, rather than from businesses that source from the EU and ROW. However, it’s also worth bearing in mind that we ourselves (and other retailers) will still have to stump up the additional cost of purchasing from inside and outside the EU, therefore, this could affect our end product pricing.

That said, if we begin to see more UK manufacturers springing up, this could present new competition for traditionally dominant Asian and American manufacturers. With the added bonus of not having to pay customs tax, a previously inviable option could start to become the best option. In the UK, manufacturing has traditionally been at the heart of our economy and is something that we’re very good at. If we start to see one or two more homegrown airsoft manufacturers emerge, this could usher in a new wave of airsoft support.

For many of the Asian manufacturers, they present a great way to stock the shelves for a good value, as quality isn’t always high on the priority list. They offer a good standard of gun for the beginner, and allow more people to head to the field and shoot BBs for less. However, with a decline in the Pound, they could present a less value for money option, meaning a gap in the market will need to be filled. We’re happy to grab a cheap two tone AK for £80, but if this price rises and the quality doesn’t, it won’t present as great value for money.

As a reminder from us, as a retailer that sources our products from across the world, to bring the best and most diverse range for you, we will likely be affected (whether negative or positive) by the changes that Brexit brings. We wouldn’t have been able to come this far without your continued support, whether instore or online; and this will be vital to our success moving forward.

If you’re looking to gear up before the Brexit deadline, head on over to our online shop! We have a wide range of guns, ammunition and green gas for airsoft. You can also check out our blog for loads for articles on the topic of airsoft.