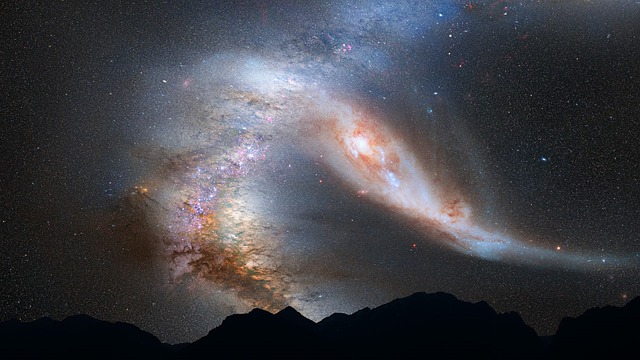 Although the name might imply something different, there was iron present in the Bronze Age; it was just very, very rare. Perhaps the most famous of all iron artefacts were owned by Tutankhamun, who had a headrest, bracelet and dagger made of the substance.

There have been other iron artefacts from the same time found around the globe, which has led to a debate in archaeological circles; was there iron smelting in the Bronze Age?

The Iron Age started some 2,000 years later and got its title because that's when we first learned to smelt iron from its ore, after discovering how to reach the required temperatures needed for the process. Historians have often been baffled by the presence of iron in the Bronze Age, so where did it come from?

Well, according to a new chemical analysis, the iron that humans had during the Bronze Age came from space! Now, before we get the tinfoil hats out and start ranting about aliens, let’s take a closer look at the evidence…

Albert Jambon, a researcher at the University Pierre and Marie Curie in Paris, studied all of the Bronze Age iron objects he could lay his hands on, using an x-ray fluorescence scanner. The scanner is capable of breaking down the composition of each object in a non-invasive manner.

Jambon was searching for evidence of nickel, as it is one of the biggest differences between space-based iron and man-made, as the element is not present in smelted iron. He looked at King Tut’s space dagger (awesome name for a heavy metal band by the way), as well as Egyptian beads, a Syrian axe and pendant, a Turkish dagger and some other artefacts from China.

All of the objects studied were dated from 1300 to 3200 B.C., which is generally considered to be the Bronze Age. While some of these places, especially the area we know today as Syria, were crucial in the history of smelting, the results were the same each time; the iron contained meteoric amounts of nickel.

During this time, native iron wasn’t able to be worked with, due to the limitations in technology. But when ancient peoples stumbled across metallic meteorites, the iron was already in its metallic form and could be worked with, with many undoubtedly viewing this substance as a “gift from the Gods”. Due to its rarity and the fact it possessed qualities that no human could recreate, it was revered for its rarity; hence why King Tut would have had so much of it, being the big deal he was!

In an extract from the paper, Jambon states how the discovery “…opens the possibility of tracking when and where the first smelting operations happened, the threshold of a new era.” This discovery could change what was previously known about the metals found in everything from our hunting knives to our Daystate air rifles, which we now take for granted!