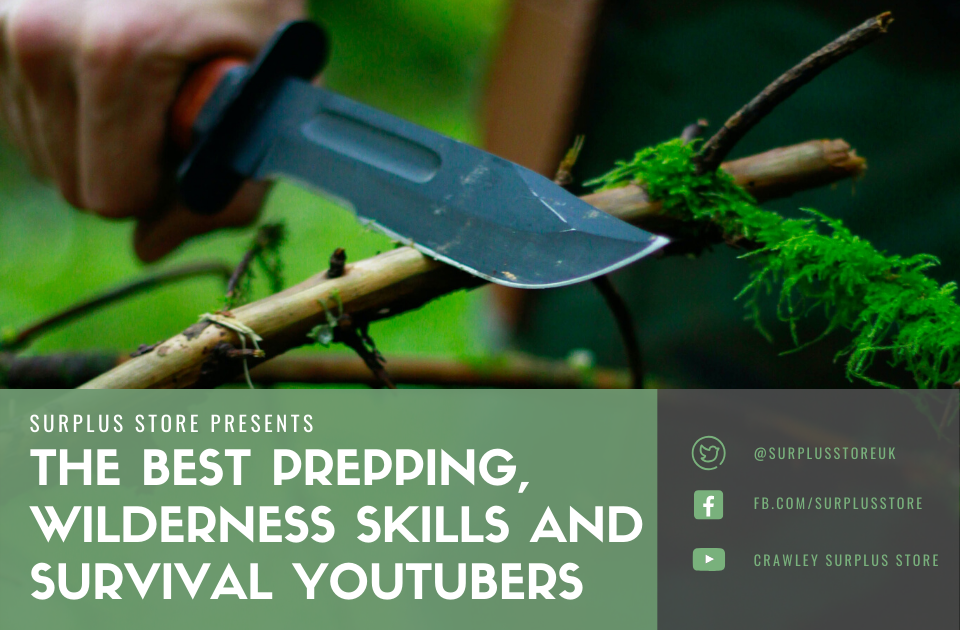 Having fantastic equipment, expensive boots and an all-weather sleeping bag can make you a good survivalist, but what makes a great survivalist is knowledge. The saying 'knowledge is power' is one we’re all familiar with, but often it is used with negative connotations, such as within business or political circles.

However, when it comes to survival and wilderness skills, knowledge really is power. “The more you know, the less you have to carry”, a quote from iconic wilderness expert and teacher Mors Kochanski. This rings exceptionally true and with technology constantly evolving, furthering your knowledge of the outdoors has never been easier.

Whether you’re interested in hiking, camping, wildlife watching, adventuring or any other outdoor pursuit which calls on survival techniques, you should never stop learning. Fortunately, in recent years, a wealth of survival and prepping YouTubers has sprung up, creating the perfect resource to feed a quest for knowledge. Here, we’ll be taking a look at some of the best, based on subscriber count, upload frequency and variety of content.

It's worth noting that we are not advocating heading outside and following in the footsteps of these channels during the UK's lockdown. They are a great resource for knowledge and an opportunity to learn new skills while staying at home, so that they can be safely put into practise when the restrictions have been lifted. 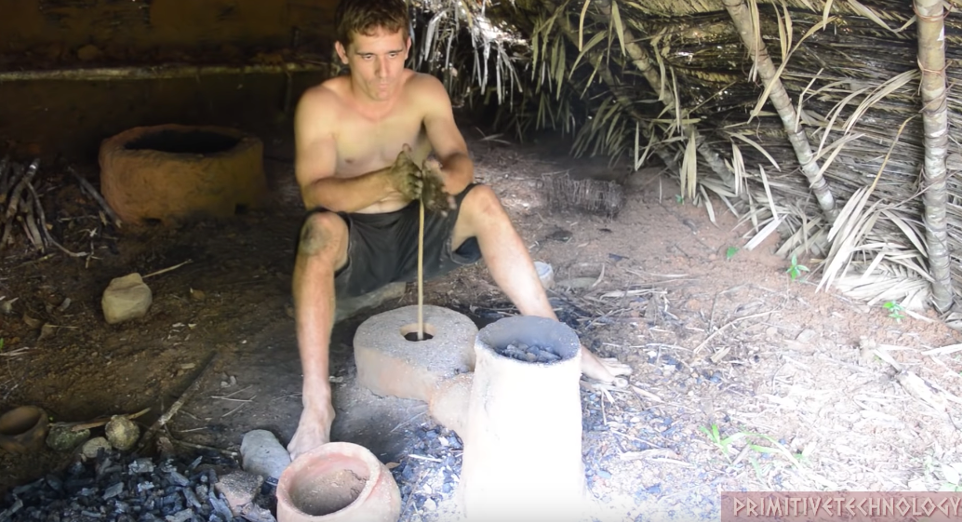 We could, quite easily, write a whole article about this channel. Not only is it so simple in its premise, but it is also so flawlessly executed. The account is run by John Plant who lives in Far North Queensland, Australia and at time of writing has 51 videos. Compared to other channels of this size, 51 is a very small number; however, it is very much quality over quantity with this one.

John films himself out in the wilderness, carrying out projects such as crafting weapons, building shelters, planting crops and other activities using only natural materials around him. He never speaks with only the natural sound of the forest being the soundtrack to the videos. Not only is each one captivating, but they are also extremely insightful, as when you turn the captions on, there are descriptions of what he is doing on screen.

Not a single video has achieved less than two million views, with his most-watched being the construction of a wooden tiled hut from scratch, earning over 70 million views. This is the perfect channel for someone looking to truly understand how to live from the land. 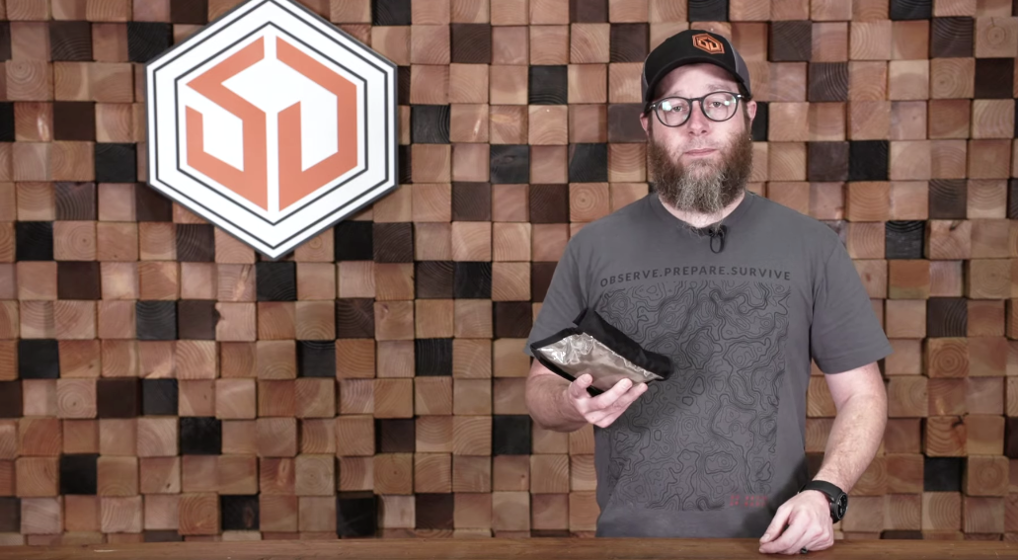 Run by a team of survival experts and enthusiasts, this is the YouTube channel side of the Survival Dispatch team who also operate a website of the same name. Their frequency of upload is fantastic with typically four to seven videos per week, ranging from a short five-minute update to an hour-long, in-depth guide or interview.

The channel is based in the US which effects some of the content slightly, in terms of the products they review or some of the topics they mention. But, as an overall resource for survival information, they are definitely one of the best.

The channel also has a lot of history, meaning you can scroll back through the archives to find some of the gems of knowledge that they have put out since starting in 2016. With only 97K subscribers, we’re surprised more people aren’t aware of them, but they should definitely be on your watch list! 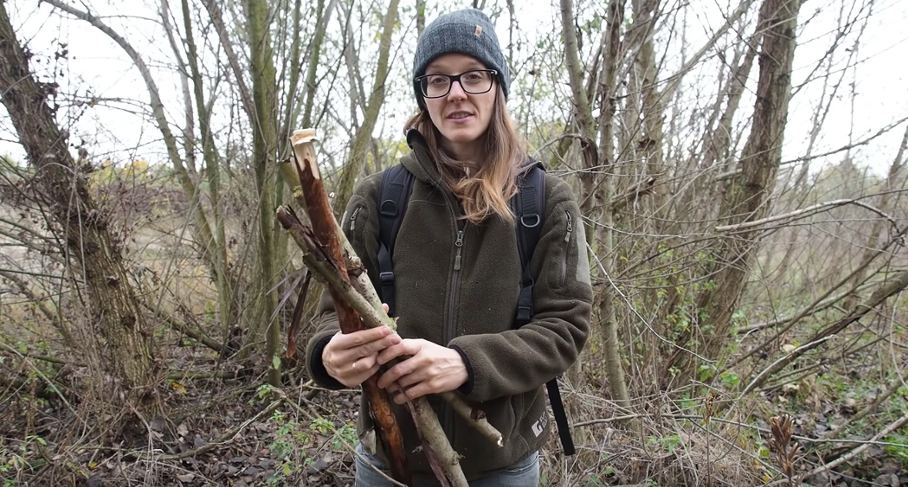 Perhaps one of the most comprehensive survival channels out there, Survival Lilly is an Austrian survivalist that started her channel back in 2011 and has since amassed a following of over 850K subscribers. The variety and quality of her content are very impressive, with seemingly no topic left unmentioned. From building shelter and fires to catching and cooking seafood fresh from the sea, her videos are insightful and very well made.

Uploads generally number two to three a week depending on which adventures she is embarking on and with such a vast back catalogue, it’ll take you a while to work through all of the previous videos on the channel. 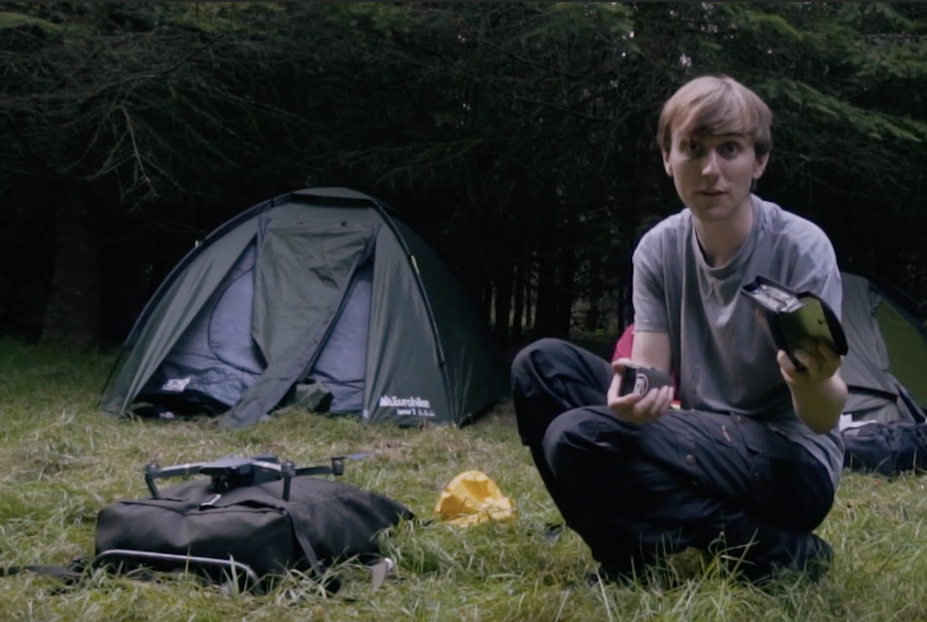 A relatively small channel with just under 5,000 subscribers, Expedition Jack is a survival, camping and wilderness-based channel right here in the UK. Content-wise, it’s a real mixed bag, with some older travel vlogs from countries such as Bulgaria, Australia and the US, although much of his recent content has focussed on trips within the UK along with some product reviews thrown in too.

If you’re looking for hardcore survival tips and tricks, this might not be the best channel for you. However, if you’re looking to follow some adventures and learn about the basics of camping, hiking, outdoor cooking and more, then definitely give it a try! As a bonus, he’s visited some of the most naturally beautiful areas of the country and shows off the amazing scenery in his videos. 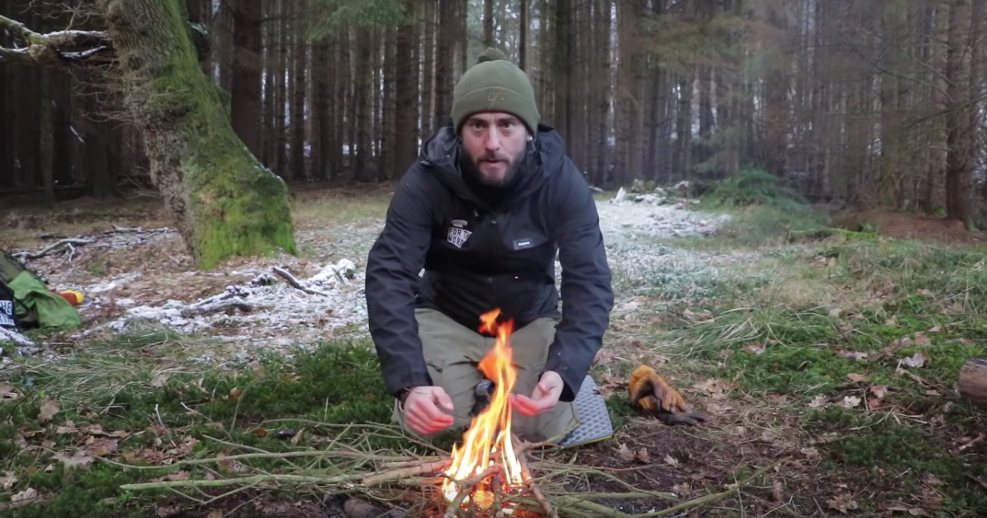 Another UK-based channel, Haze Outdoors brings a great variety of content, with product reviews, guides and general vlogs of outdoor experiences. There is a particular focus on food with his channel, as he demonstrates how to cook, among other things, a fried breakfast, fish and chips and beer-battered chocolate bars using a natural fire and a few pots and pans.

If you’re someone that already enjoys outdoor adventures, or is potentially looking to start heading out into the wilderness a little more often, this is the perfect channel to inspire you. Having seen some of the videos, we certainly wouldn’t recommend everything he does (such as free-diving for crayfish) if you don’t have any prior knowledge, but it’s entertaining to watch nonetheless.

Uploads are a little more sporadic with this channel, generally one or two a week, but there is a decent back catalogue of videos to watch if you’re new to the channel.

For more articles on survival, using air rifles and other outdoor pursuits, make sure to stay tuned to our blog! Or, if you’re looking to give your equipment an upgrade, why not check out our online store?