Futuristic firearm prototypes are constantly being floated out into the news, and China is the latest to go public with their version of the laser rifle, the ZKZM-500.

A recent report states that the ZKZM-500 is capable of setting fire to fuel tanks, burning hair and even “carbonising” materials (including human flesh) at a range of 800m. What’s more, the rifle weighs a mere 3kg and is completely portable!

It sounds like China have gone full-on Fallout with their latest creation, and due to their claims, it was bound to attract attention from a multitude of places, as it is miles ahead of anything we’ve seen or heard of that isn’t contained within video games, films or anything else science fiction.

But are their claims accurate or exaggerated?

According to the report in the South China Morning Post – currently the only source for this weapon – the ZKZM-500 is a 15mm calibre weapon. This immediately got us thinking about how you can attach a calibre to a laser, so if any scientists out there can shed some more light on this, we’d appreciate it!

The rifle itself is said to be around the same size as an AK-47 and is designed to be an anti-personnel weapon, much like the American thermal laser weapon that was reported a few years ago. But where the US version only gave the sensation of burning without causing lasting damage, the Chinese ZKZM-500 can set fire to a person even if they are stood behind a closed window… Ouch. 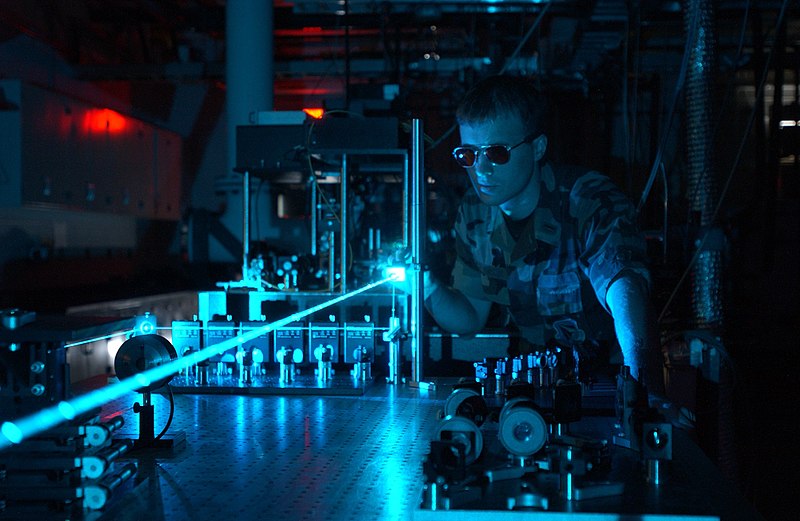 The report continues that the laser is powered by lithium-ion batteries – so they won’t be able to run off the LiPo batteries from your airsoft rifles we’re afraid – and can reportedly discharge 1,000 two-second shots from a single charge. The rifle is set to be mass produced at a cost of around £11,300 per unit.

While it sounds very impressive, we’re suggesting you take the “news” with a shovelful of salt. If you look back at the development of laser rifles and compare findings to the ZKZM-500, it seems the claims are less than likely.

Solid-state lasers have only been able to be compacted by tightly coiling long fibre-optic cables, but even when this has happened, they’re still so large they need to be mounted onto a truck or ship (see photo below). They also need extremely large and complicated optics to focus the beam and cancel out the atmospheric distortion; are you still with us?! 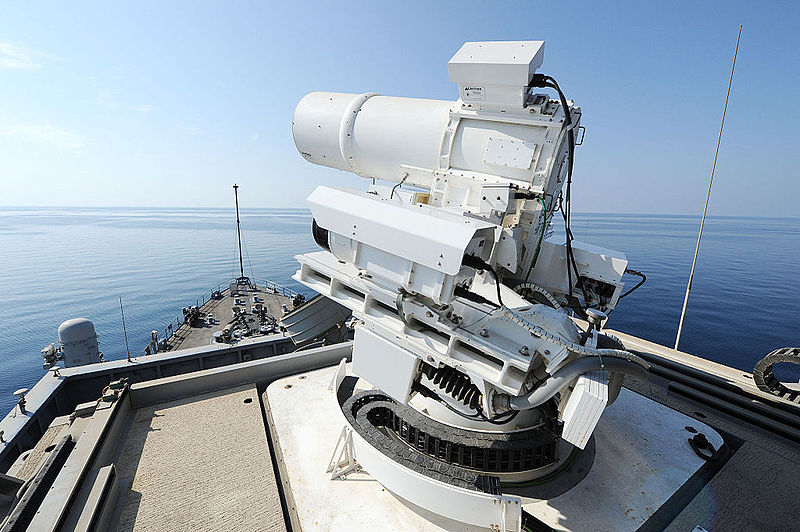 Next up, you have the cooling system. Laser weapons require extremely large cooling units to get rid of the heat they generate to avoid their systems being damaged. But arguably the biggest drawback is the power source. Laser weapons are known to be very inefficient and often require full-scale generators to work.

So, for a handheld system like the ZKZM-500 to run off of lithium-ion batteries, the power source would have to weigh as much as a car! And even if they were able to make it compact, it would be like carrying around a rather large stack of dynamite!

The weapon is being ranked as a less lethal option than traditional firearms but a more effective system than riot shields and batons. The official statement says it is effective for crowd dispersal and anti-terror scenarios, with the idea is to use it to burn the clothing and signs of protestors, putting them off their stride in the hope of making them lose “the rhythms of their speech and powers of persuasion”.

However, the report goes on to say that if fire from the system was sustained, it would eventually cut through a person much in the way a laser surgical scalpel does. Maybe “less lethal” needs revisiting?

So far, it seems that the Chinese newspaper report is the only source, and there doesn’t seem to be any evidence of corroboration from other companies. So, is this another genuine attempt at new technology or a case of Chinese whispers? Let us know your thoughts in the comments below or on our social media channels!