5 of the Finest Fictional Archers 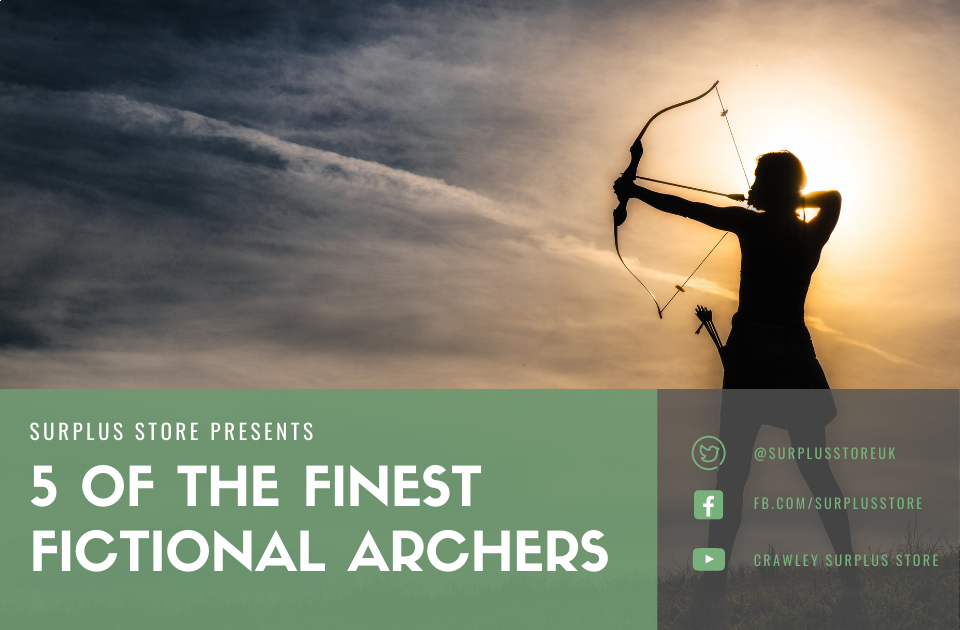 There are many famed archers in the fictional worlds of movies, shows, books and comics, but which are the best?

A bow and arrow make an impressive weapon of choice that becomes even more impressive when you are the best at wielding it! Here, we consider some of the finest fictional archers who are at the top of their game.

If you find yourself searching for an archery store near me, look no further! For those looking for a real-life archery experience, we stock a range of archery-related equipment, including bows, arrows and targets.

Let’s start with perhaps one of the most famous fictional archers of all time - no archery list would be complete without Robin Hood, the vigilante who steals from the rich to give to the poor!

Over the years, Robin Hood, the character based on the folklore legend, has seen numerous depictions spanning across all areas of media, but he is always depicted as an expert archer.

In modern archery, there is even a skill named after him! The ‘Robin Hood’ is when an archer splits an arrow with another arrow that has already been shot into the target.

Legolas is another iconic archer from J.R.R Tolkein’s genre-defining Lord of the Rings series. On screen, the elven warrior is brought to life by Orlando Bloom and is given numerous scenes to showcase his skills with the bow and arrow.

Any archery fan will be familiar with the battle scene in The Return of the King, where Legolas competes with the dwarf Gimli to take out as many enemies as possible with his trusty arrows.

DC Comics has, of course, produced some legendary fighters, but Green Arrow is the best archer among them. The character’s first appearance came in a 1941 comic - he has been a fan favourite ever since, with a more recent TV show running from 2012 to 2020.

Green Arrow, also known as Oliver Queen, learns his outstanding archery skills whilst stranded on a desert island. In true superhero fashion, he then uses his new-found skills to protect his city from a score of villains.

From the wildly popular book series and subsequent film franchise The Hunger Games, Katniss inspired many kids and teens to take up the sport in reality.

The teen archer learns to hunt using a bow in order to feed her family before using it to protect herself in the insidious Games and the following revolution. Throughout the series, Katniss and her bow become a symbol of rebellion.

Another comic book hero, Hawkeye is a Marvel character who made his first appearance as a villain in a comic from 1964. In more recent instalments of the MCU, Hawkeye, also known as Clint Barton, has found his place as one of the core members of the Avengers.

His unmatched archery skills are bolstered by high-tech arrows that frequently defy the laws of physics!

Who’s your favourite fictional archer? Let us know who we missed on our social media!

Here at Surplus Store, we cater to all levels of archers - if you want to boost your skills to legendary status, check out our range.