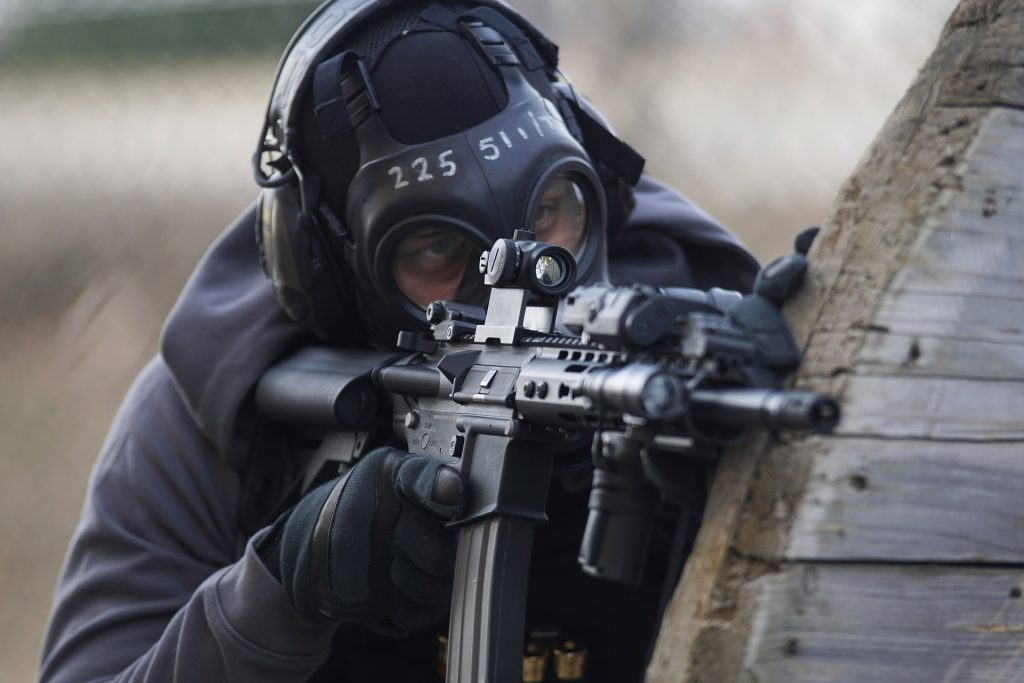 Guns are just things that fire bullets, right? Wrong! Despite what sci-fi movies might have you believe, futuristic weapons aren’t just something of the future; they’re something of the present too. We’ve done our homework and put together a list of some of the coolest and most futuristic weapons out there. Most of these are for military use only, which means there is little to no chance they’ll be available for purchase, which is more than likely a good thing. That said, if you are looking for something you can get your hands on today, then check out our catalogue of Air Rifles!

In design, this gun looks similar to any other, a trigger, barrel and magazine; but the real beauty comes from within. The power and rate of fire of the gun is like something from the future. Capable of firing 300 rounds a minute (that’s five per second!), this automatic shotgun is brutally effective at close range and capable of significant damage to anything that gets in its way. The gun has seen interest from the US Marine Corps and also private corporations looking at adding the weapon to turrets and unmanned aerial vehicles. 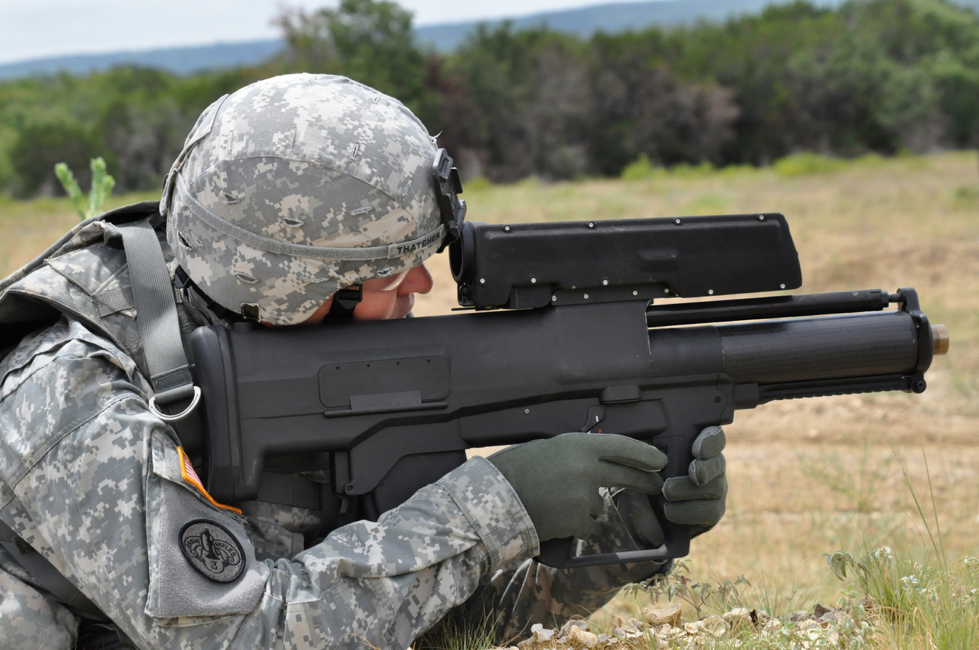 Known as various names such as the Punisher or (the less catchy) Individual Semiautomatic Air Burst System, this is a grenade launcher like no other. The system is highly technical in its design and ‘throws’ grenades through the air tracking them to the target and detonating at precisely the right time, normally in mid-air. This allows for unparalleled accuracy and effectiveness against targets. Unfortunately, the US Military has pulled the plug on the program of providing the weapon to soldiers on the ground, due to cost increases and other issues.

Described by the manufacturer, TrackingPoint, as a bruiser, this weapon has the ability to hit targets more than 1,400 yards away. The real futuristic element of the weapon is the onboard target lock and tracking system. The system has a built-in range finder and then adjusts the ballistics data accordingly to make for relatively easy shooting. The weapon measures target velocity and can also customise the shooting ability to match.

These weapons are a family of guns based upon one parent sub-machine system, developed by KRISS, a US company formerly known as Transformational Defence Industries. The reason for this weapon being on the list is because of its delayed blowback system, built to reduce recoil and muzzle climb. There are various generations and variations of the KRISS weapons including sub-machine guns, shotguns and pistols.

Built to prevent unauthorised users firing it, the Armatix iP1 weapon cannot be used unless it is within 25cm of a smartwatch device that is sold with the weapon. The watch is also pin-coded which adds an extra layer of protection for your firearm. The company offers a range of packages and also offers an intelligent firing range system which helps to reduce accidents at firing ranges by deactivating guns that are not being pointed in the direction of the targets; meaning inexperienced users won’t be able to harm themselves or anybody else at the range. 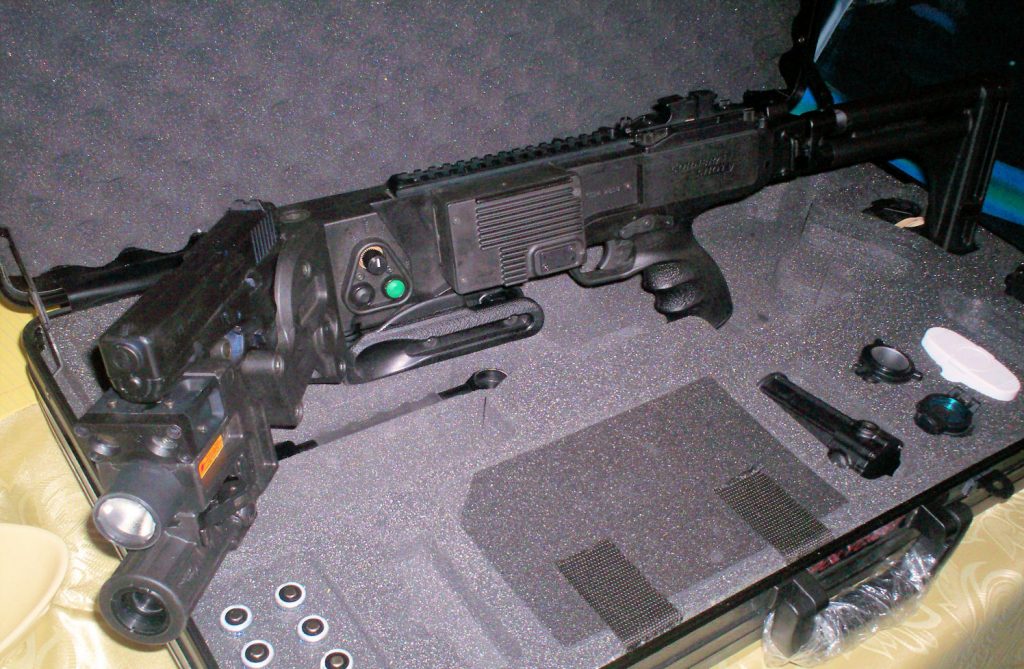 First designed by Lt. Col. Amos Golan, the cornershot is a weapon accessory that can be added to firearms to allow the user to look around, over or under objects without exposing their body. The weapon has seen regular deployment and is used by special forces in Asia and the Middle East.

We hope you’ve enjoyed our list of some of the most futuristic weapons, we reckon there are also a whole load of guns that we don’t even know about! We’d love to know what the most futuristic gun you’ve ever fired is, let us know on Facebook and Twitter!