The History of the Classic American BB Gun 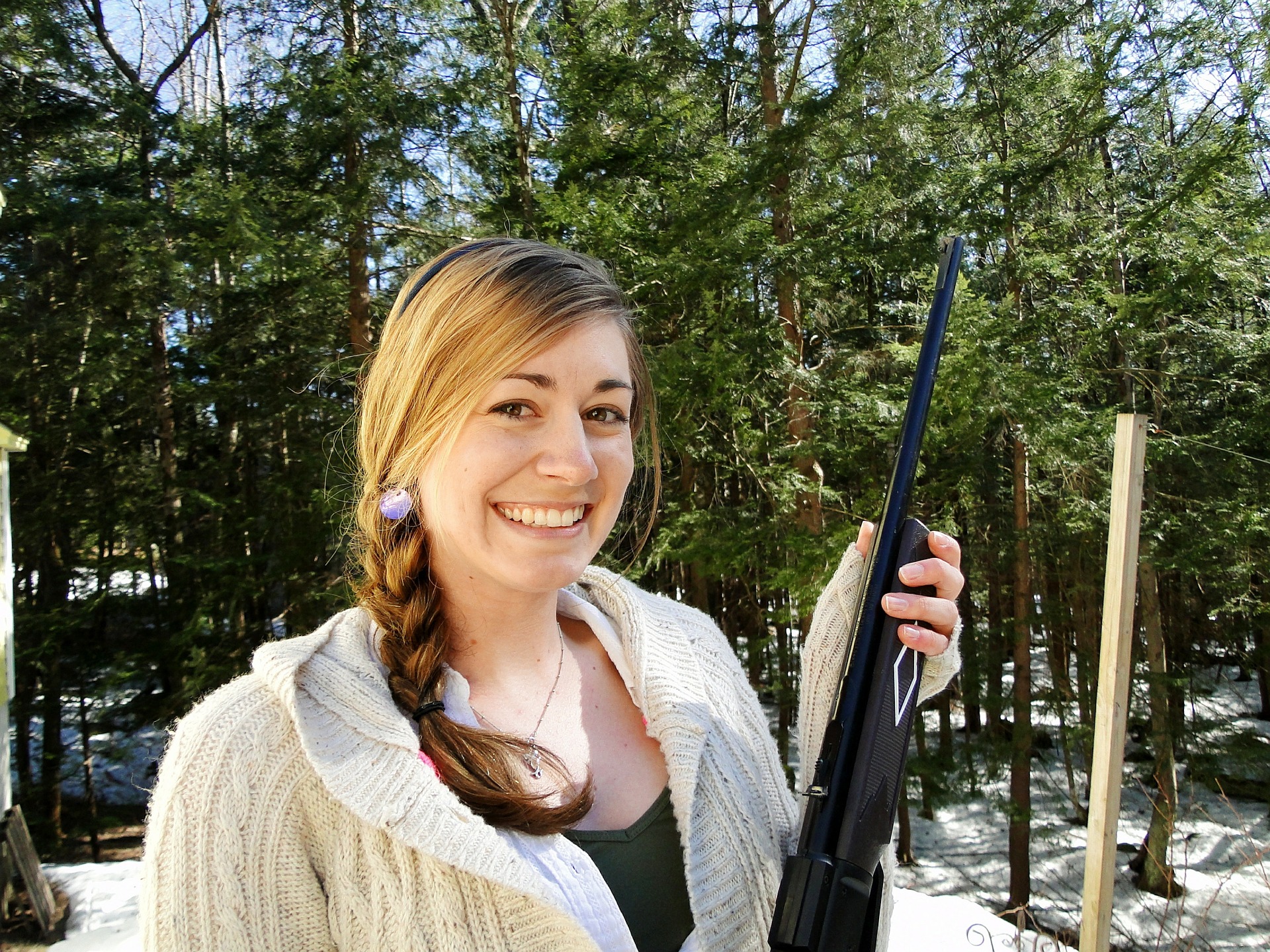 On the timeline of guns, the classic American BB gun is a comparative newcomer when you consider the first recorded use of a firearm was in 1364.

The BB gun arrived on the scene in 1886, some 500 years later and was a far cry from the weapons that had to be fired by igniting gunpowder with a candle wick.

What is a BB Gun?

A BB gun is one of three basic types of air guns designed to fire round pellets, or BBs. In its early incarnations, these were made from lead, sized BB, or 0.180-inch (4.6mm) diameter – which is the size they normally are today, except they’re now made from steel.

Also called a ‘projectile’, the air gun was selected for what was invented by W.F. Markham's and considered a “revolutionary” new spring-piston gun, which was made mostly of maple wood and a few metal parts.

Markham was followed by a man called Clarence Hamilton, who is attributed with inventing an all-metal spring-piston air gun, which he demonstrated to the founder of the Plymouth Iron Windmill Company, Lewis Cass Hough.

Lewis Cass Hough was so excited about it he declared it was “a real daisy” (a popular expression at the time) – and began production of hundreds of the guns in 1888.

Demand for the new air gun soon outgrew Hough’s windmill sales, and in 1895 the windmill company became the Daisy Manufacturing Company, which it continues to trade under until today.

Uses for the BB Gun 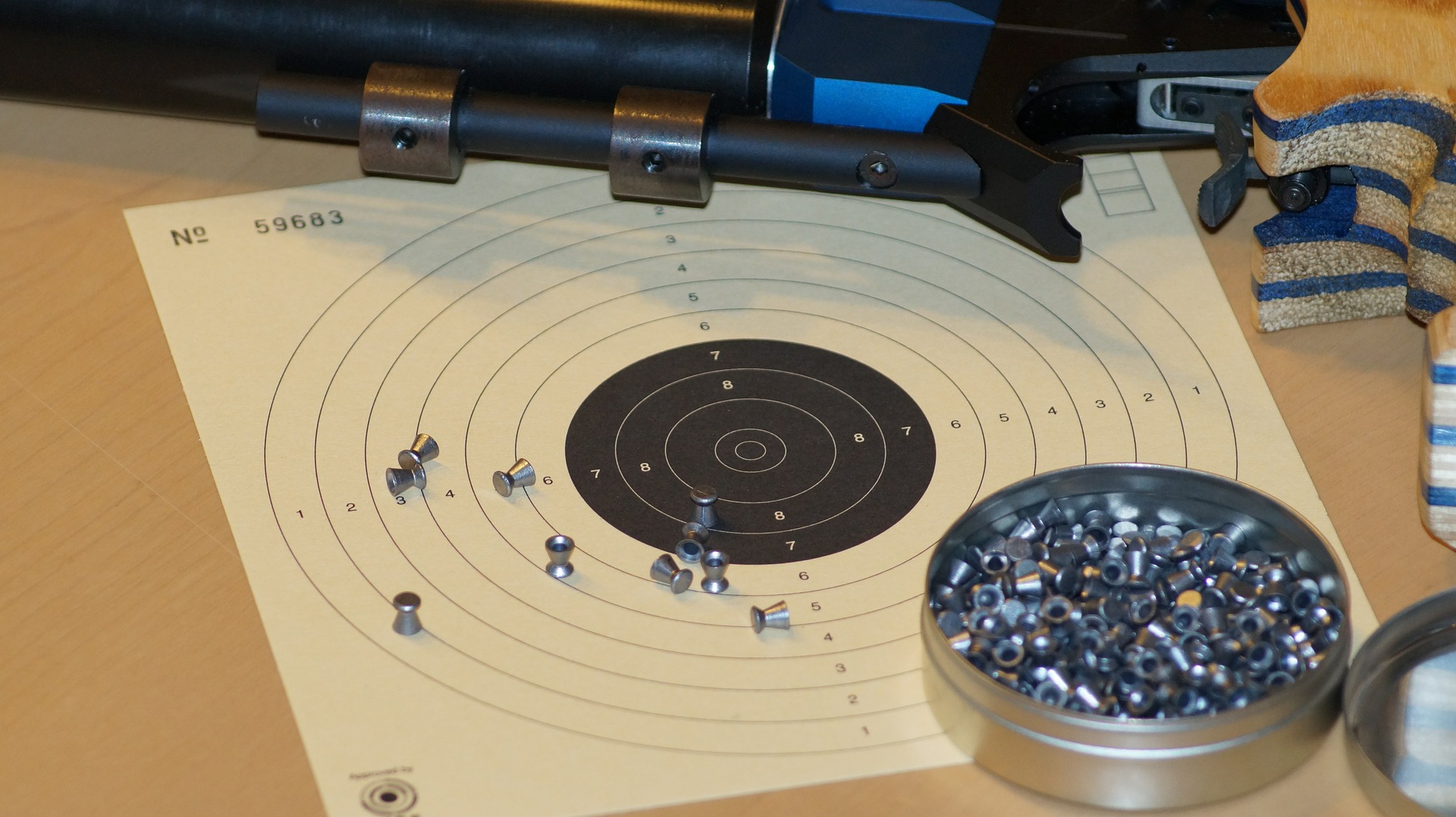 Pest control rates high for the uses of a BB gun, with users finding it excellent for keeping the number of rodents down, or for minimising crop damage caused by unwanted intruders such as crows or rabbits. BB guns were considered a humane pest control option because the numerous BBs were able to put the target out of its misery quickly, and not culminate in the slow death caused by trapping, for example.

In fairness, where it comes to being humane, here at Surplus Stores we’d recommend using an Air Gun that can kill in one shot rather than multiple – but we all know opinions about what is and isn’t humane differ around the world.

BB-sized shot is typically used to shoot small/medium-sized birds and is therefore also referred to as birdshot.

BB guns are often used by younger people or novice gun users for developing gun skills. Learning to hit targets with a BB gun is often favoured because the ammunition is cheaper than would be the case with other guns.

It is also possible to shoot competitively with a BB gun in competitions held around the world. In the United States this option is open to young people from the age of 14 and, indeed, the BB gun very often is the first weapon a young person will learn to use.

BB guns were redeveloped in the mid-1920s because of early teething problems when guns were returned with split shot tubes. It transpired that this was caused by customers using oversized steel balls, so Daisy went on to manufacture and distribute its own steel balls – worldwide.

This created further design issues, however, since the swaged shot seat that tightly held a lead BB in the breech before firing no longer worked, meaning that a new hairspring BB holder had to be designed for the steel shot tube.

Another problem that emerged was that because steel rebounds from hard surfaces, children were getting hit hard enough in the face with BBs – hard enough to pierce their eyeballs. The incidence of BB gun eye injuries skyrocketed, and this is when the often-heard expression "You'll shoot your eye out!" was coined.

The start of World War Two interrupted the production of the BB gun due to a shortage of material supplies, and aluminium BBs were tried briefly as a substitute, but these were seen as unstable. It wasn’t until the late 1940s that factories were able to make the steel BBs again.

It’s important not to get these confused and again, there can be a little cultural uncertainty. Believe it or not, in some parts of the world any air gun can be referred to as a BB gun – even the high-end pellet firing sports guns!

BB guns in the United States generally refer to the metal-firing ones, whereas in the UK a plastic 6mm is more commonplace.

The majority of people know the BB gun as the American lead or steel firing gun, used for target practise or (in the more powerful cases) for pest control.

But here at SurplusStore.co.uk the BB Gun can also refer to an Airsoft Gun. This still fires a BB, but it's a 6mm plastic ball and is designed to be shot at low powers and used to shoot one another without inflicting any serious casualties beyond, perhaps, wounded pride (provided you wear decent safety glasses!). Here’s where cultural differences tend to crop up, just tell an Average American you use your BB Gun to shoot each other and watch the look of shock as they picture lead shot pinging back and forth!

Then there’s the important question of quality that must be flagged up – or shot down. The BB Guns term (as opposed to Airsoft) tends to refer to the standard US definition of a low-end starter gun, kid’s toy (‘Merica) or cheap springer… Don’t refer to someone’s prized Airsoft Systema PTW as a BB Gun if you want to remain friends!

You’ll be happy to know we can supply you with both an American style BB Gun – the Daisy Red Ryder – and the Airsoft Guns.

If you love your gun history, read how the M16 became one of the most popular rifles in the world here.