A Brief History of the L85A1: The Most Hated Rifle in the British Army?

A little bit of history goes a long way, which is why we’re so fond of looking at the story behind some of our airsoft rifles – looking into their real-life counterparts to understand how they came to be.

This time, we will be looking closer to home with the L85A1, which was made right here in the UK. However, in typical British fashion, it was plagued with issues as you will soon see…

The development of the L85A1 began in the late 60s under the project known as SA80 (or Small Arms for the 1980s). The project involved developing two weapons – a light support weapon and an automatic infantry rifle.

It was developed at the Royal Small Arms Factory located in Enfield, with the first prototype models tested in 1976. After trials (seemed) successful, the L85A1 was adopted by the British Army in 1984. A reported 320,000 rifles were produced running up to 1994 and eventually replaced the L1A1.

The L85A1 has a bullpup layout and is a gas operated, selective fire rifle with a similar design to the American Armalite AR-18. The gun was designed to be a bullpup layout to add to the overall compactness of the weapon, and it was initially designed to chamber the very small 4.85mm round.

Despite being built with the best of intentions, the L85A1 was plagued with issues, meaning it was rather unreliable and pretty difficult to maintain. As we mentioned, the weapon was previously produced in Enfield, but they did not have the best quality control processes in place, which meant that a few things slipped through the cracks.

Making the rifle a bullpup set up meant that there were more moving parts required in the firing mechanism than a standard rifle, which also means more moving parts that have a chance of going wrong. It also didn’t help that the budget for the weapon was £250 as a unit cost price when the going rate at the time for a rifle was £500.

The gun was also not ambidextrous; any soldier who attempted to fire the rifle from their left shoulder would get a face full of hot cartridge shells as they were spat out.

Enfield also struggled to come to terms with the new way of mass-producing weapons. The precision parts of the SLR and the Lee Enfield (its predecessor) were machined by hand out of solid metal, with the other parts made of wood.

However, the new method was performed by pressing together thin sheets of steel with a stamping machine that would then weld the parts together as it went. They also moved from a wooden stock to plastic parts, which led to a junior designer – who later moved into a senior position in Royal Ordinance – quoting the following:

“People that were in charge were demanding tolerances from plastic moulding that could really only be achieved by the precision of being carved from solid steel. I'm talking microns [thousandths of a millimetre]. Plus or minus one or two microns is very tight.”

As we previously mentioned, the design was very similar to the American Armalite AR-18, including a large number of internal components. The AR-18, then built in the Sterling gun factory in Dagenham, used the pressed steel technique to create these parts, so Enfield followed suit.

However, Sterling never once got contacted by Enfield for information on how they made their parts. The chief designer of the Sterling factory actually got his hands on an early L85A1, stripped it down and noticed that the bolt, bolt carrier, magazine, springs and firing pin had all been copied from the AR18. It was stated that if the information had been requested about at least one copied component, it would have made a great difference to the reliability of the gun.

In its early days, the L85A1 had been designed to take the very small 4.85mm round, but the United States was in the ear of NATO, trying to get them to switch from 7.62mm ammunition to 5.56mm, as the States had an incredible amount of the latter left over from the Vietnam War.

NATO opted to make the switch to the U.S. standard round and made other countries follow suit, which meant yet another redesign. The already “square pegs in round hole parts” became even more of a squeeze. 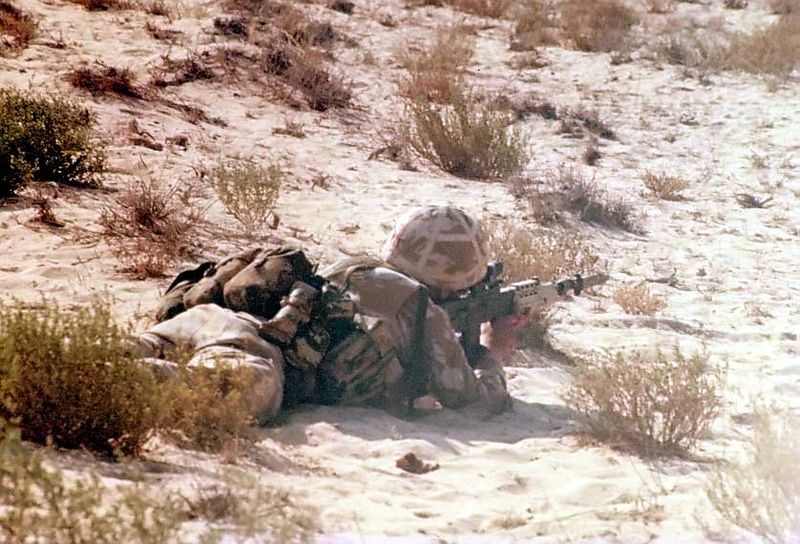 To make matters worse, the privatisation of Royal Ordnance factories meant that Enfield began to feel a dark cloud creeping over the factory. In 1987, the newly privatised British Aerospace bought the company for £190m, shutting down the factory and moving production to Nottingham.

Morale was so low in the Enfield factory that 9,000 of the last 10,000 rifles made there reportedly had their receivers clamped in a vice in order to make them fit, meaning they bodged a key part of the rifle by clamping and compressing it, forcing it to fit. But the workers just didn’t care, and the inspecting officer who first spotted that this was going on was quoted as saying:

"Everybody knew they'd got the sack, and the only thing they wanted to do was get the damn thing out the door."

BAE took the concept of mass-producing to the next level when they shifted production to Nottingham. Only 15 of the 230 parts that were previously made by Enfield were still made in Nottingham. The skilled craftsmen were replaced with workers who were employed to put the guns together rather than understanding how they were meant to work; speed of production had taken over whether or not the gun was actually good enough for British soldiers to use in conflict.

In 1985, German company Heckler & Koch (at the time owned by the aforementioned BAE Systems) were contacted to do some subcontract work for training ammunition, for which they were sent two rifles to complete the work. Now, bearing in mind that the L85A1 had been put into service a year prior to this, the German company were surprised to find that if you dropped the rifle, it would go off… The British had not picked up on this dangerous safety flaw.

The next big question mark came around the gun’s safety. A project manager at Infantry Trials and Development Unit (ITDU) in 1985 questioned the use of a safety push-button rather than a lever. Seven years prior to this, there was a lever, but an earlier ITDU captain said he preferred a button, so it was left as it was.

Under pressure to change it quickly, the dangerous metal safety was replaced with a flimsy plastic one which would break if the weather was too cold, would swell when the weather was too wet and would just not work if any debris got into it. Eventually, a strong polymer replacement was found in 1990, some half a decade after adoption. 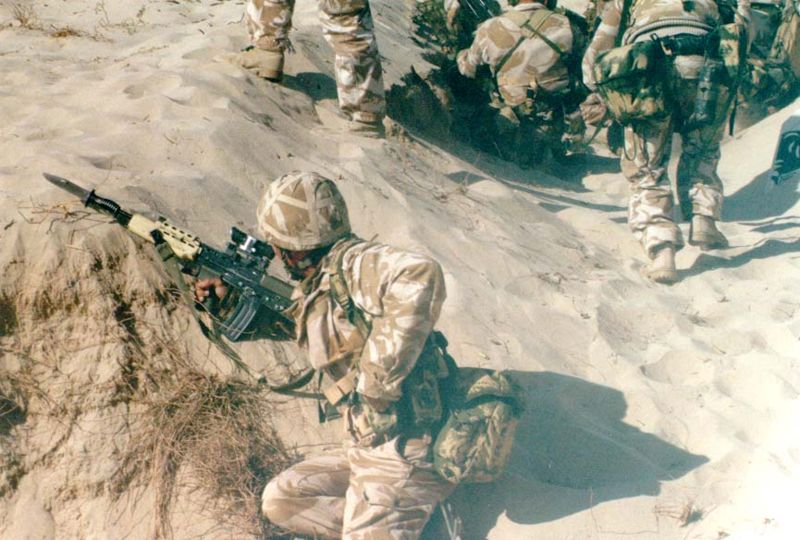 So why didn’t any of these issues get picked up in quality control? Essentially, they were never given to real troops in real conditions. And when they finally did, the gun would jam, bits would fall off and it just generally would not work how it was meant to work.

When the gun was redesigned to chamber the American ammunition, they had to change the positioning of the magazine release catch. However, this meant that when a full magazine was in the gun, and it rubbed up against the side of the soldier, the catch would be triggered, and the magazine would drop out.

The magazine itself was so poor that the testing troops never actually used it when they were trialling the gun, instead used an American version. The British version was said to have caused the gun to jam five times more often. The firing pin also had to be replaced three times throughout production.

But despite all of these issues and shortcomings, the British Army keep on upgrading the L85 series rifles. The L85A2, a much-improved version of the L85A1 is currently standard issue to infantry in the British Forces. In 1995, BAE handed the contract of retrofitting and improving the L85A1 to H&K after a very public scandal regarding the rifle. The changes made by H&K were largely subtle but led to significant improvements. A mere 19 parts were changed, which included:

At the time, each gun cost about £484 to convert, which ended up being practically the same cost of a new rifle. Although the changes vastly improved the rifles, they were still nowhere near perfect. For example, by the time the project was complete, the old L85A1 guns were over 20 years old. They were still very heavy and if they were to break, there was no straightforward replacement. Now, at over 30 years of age, they will need to be replaced in the not too distant future.

This is where prototype L85A3, which was announced in 2016, will be hoping to solve the issues. It is planned that the L85 series will remain in service until 2025 and beyond. But with a shrinking arms budget and the promise of new tech on the horizon, do the British Military stick to the SA80 programme or head in a new direction completely? Only time will tell…