History of the Rocket Propelled Grenade

A rocket-propelled grenade or RPG is an anti-tank weapon fired from the shoulder. They fire rockets equipped with an explosive warhead, which are attached to a rocket motor. The motor propels the RPG forwards to its target and fins are used to stabilise its flight. Some RPG launchers are single use, and others are reloadable.

Read on to see how RPGs came to be an essential part of an armies weaponry, starting with the need of the first anti-tank guns in World War I.

The threat that tanks posed in warfare led to the invention of weapons which could destroy them. The very first tanks, the British Mark I developed in World War I, could be penetrated by high calibre rifles using armour-piercing bullets. The Mark IV had thicker armour, which caused the Germans to produce an upgraded version of these rifles, the Mauser 1918 T-Gewehr, which fired 13mm cartridges with a solid bullet that could penetrate the thin armour of the tanks of the time.

Between World War I and II, tank armour continued to be developed, becoming thicker, and the current anti-tank rifles could no longer pierce them. Any rifle which was powerful enough for the heavier tanks would be too much for the soldiers who had to carry and fire the weapon in a battle. This led to the idea of anti-tank guns; artillery specifically designed to destroy armoured vehicles that were fired when stationary.

The first dedicated anti-tank artillery appeared in the 1920s and was common in most armies by World War II. To penetrate armour, the artillery fired specialised ammunition from longer barrels to achieve a higher muzzle velocity. Anti-tank weapons were continuously developed alongside the improvements in tanks. Nearly all arms manufacturers were producing some kind of anti-tank weaponry.

RPGs have their origins in the development of the explosive shaped charge. The explosive is in a pointed cone shape, so its power is concentrated to the impact point. A shaped charge explosive could penetrate steel armour ten times its diameter, yet could only be fired at close range to be effective. What was needed was a way to fire the shaped charge from a distance. Approaches to this led to several developments in practical rocketry and concluded with the rocket-propelled grenade.

Other weapons using shaped charges that were developed from designs in World War II included the Bazooka in America and the Panzerfaust in Germany. These weapons combined portability and effectiveness against tanks and other armoured vehicles. The Soviet Union developed the RPG-7, which is widely distributed and most used in the world, due to its simple design, low cost to make and effectiveness, both by armies and guerrilla forces. 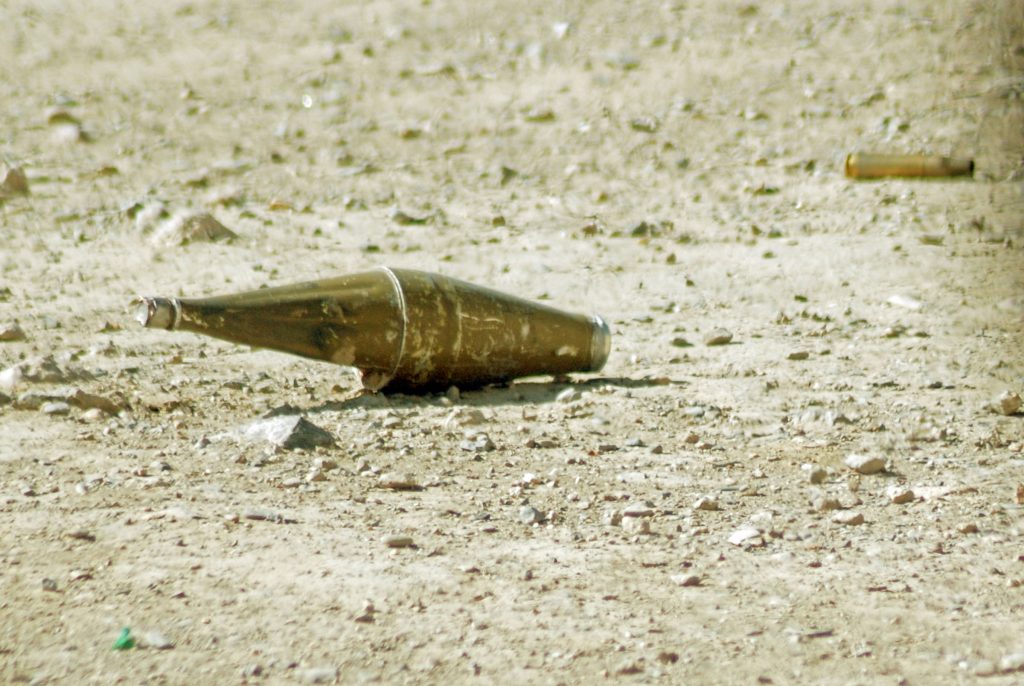 An RPG is essentially a launching rocket equipped with a high-explosive (HE) or high-explosive anti-tank (HEAT) warhead. HE rounds can be used against troops or unarmoured vehicles; HEAT rounds can be used against armoured vehicles. Its design means the user is not subjected to any exhaust fumes, which was a problem for the first RPG weapons. The tube provides aim for the warhead but no guidance, so there is no way to control the rocket once it has been launched. However, this is now sometimes possible with guided anti-tank missiles.

Several types of RPG can penetrate tank armour and steel armour. There is a misconception that shaped charges fired from an RPG ‘melt’ armour but the liquid metal jet from the impact forms due to the sudden and intense mechanical stress. The warhead does not melt its way through the armour.

RPGs have been used in warfare for most of the last century, indicating their effectiveness. To combat this, armies and manufacturers have developed various methods at better protecting armoured vehicles including mesh wire around the hull and turret of a tank in World War II known as cage armour. This triggered the RPG on contact, and the molten jet from the shaped charge would dissipate before contacting the vehicles main armour. Technological advancements such as composite armour or reactive armour offer superior protection for the vehicle. Some vehicles also use systems which detect and shoot down incoming projectiles before they can hit. 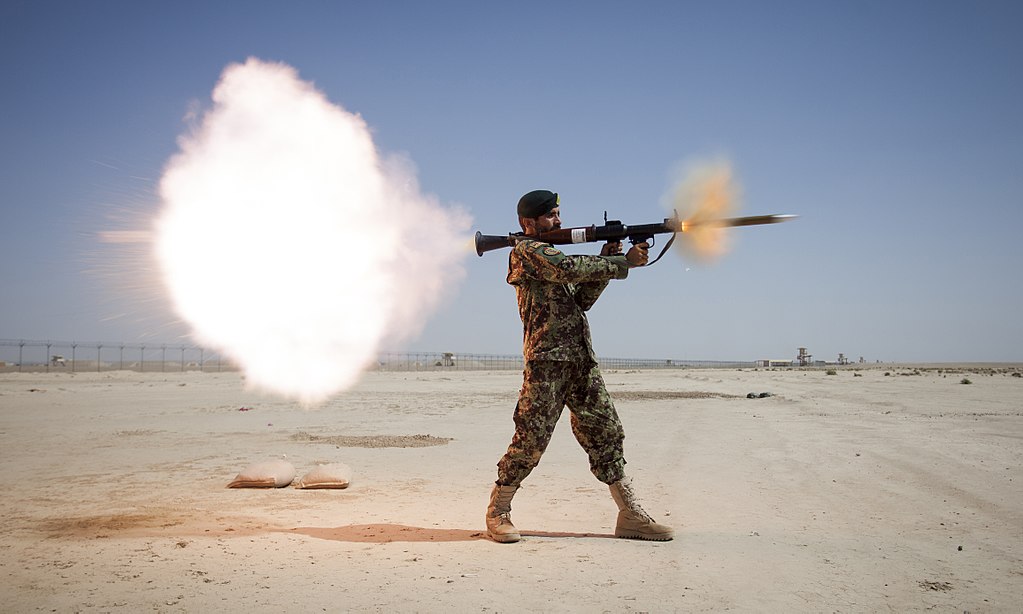 Of course, these counter-developments in armour have led to developments in RPGs. There are specially designed RPGs such as tandem-charge warheads which have two different shaped charges, the first to activate reactive armour the second to penetrate the vehicle.

While we don’t currently have RPGs available from Surplus Store, we have had both deactivated, (surprisingly) airsoft versions and we do have some fantastic airsoft guns and 40mm Airsoft Grenade Launchers available. Take a look at our products online and be sure to check out some of our other blog posts on airsoft and airsoft guns.