How to Survive in the Wild With Just a Knife 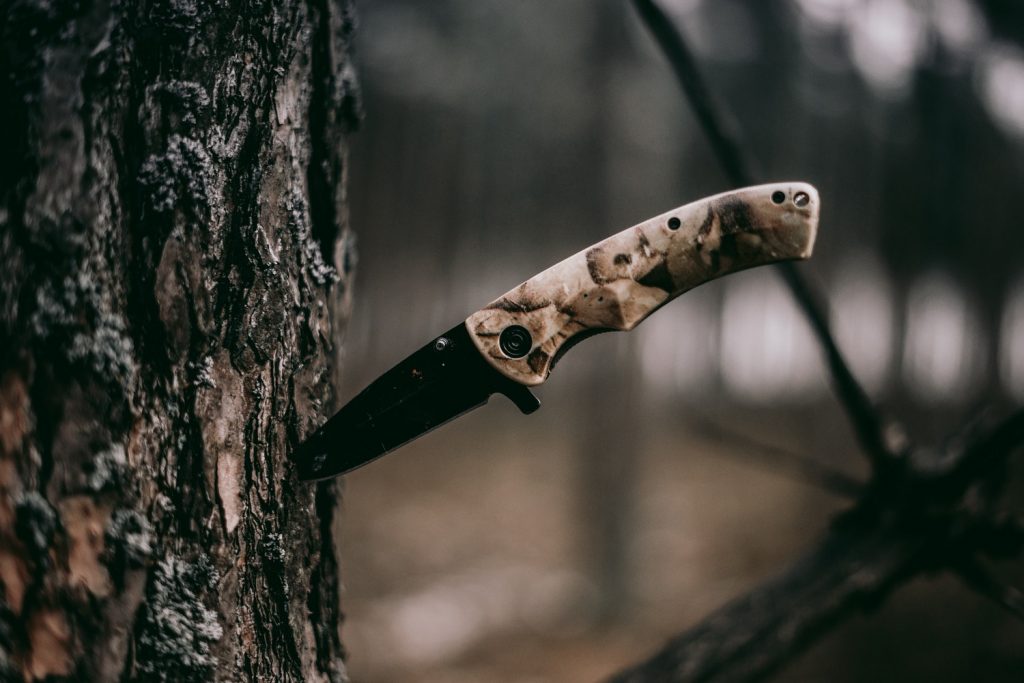 Before smartphones which gave you access to apps which hold extensive knowledge and data roaming so you can access GPS and maps when in the middle of nowhere, humans could survive with the most basic of tools; a knife. And today, if we just built up some basic knowledge, leaned on our innate survival instincts, and got ourselves a decent survival knife, we could do it again.

For those who enjoy getting off the beaten track, spending time outdoors in the wilderness, or have just got lost and have the battery die on your phone, a knife can be your saviour. Read our tips on how you survive in the wild, with just a knife.

Humans can go without food for longer than you expect; it is water and shelter we need most. For shelter, you need something that will keep you warm and dry at night, and the least time-consuming way, if you haven’t found natural refuge such as a cave, is by making a nest; piling leaves and moss to use as insulation. If you have time, using fallen tree branches or thinner branches you cut using a knife, to make a tent against a large tree also works, adding leaves over the branches. A good single-blade knife can also be used to strip the bark off that can be woven between branches to create a stronger shelter. Similar to the nest, put leaves on the floor to stop the cold from the ground seeping through.

When you don’t have a lighter or matches, you can still make a fire using a knife and flint. You need some dry tinder and kindling that will be the start of your fire, as well as larger sticks and logs to fuel the fire and keep it going. A knife can be used to shave bark off a branch to be used as kindling, and for breaking up logs that will be used as fuel. Take the knife and flint stone, scraping the stone to make flint shavings in the kindling. Then, strike the stone with the knife to create sparks, positioning them close to the shavings and kindling, so sparks fall on them. It can take a while for the inexperienced but persist until you can create enough sparks and have a small flame, carefully adding the fuel to build it up. 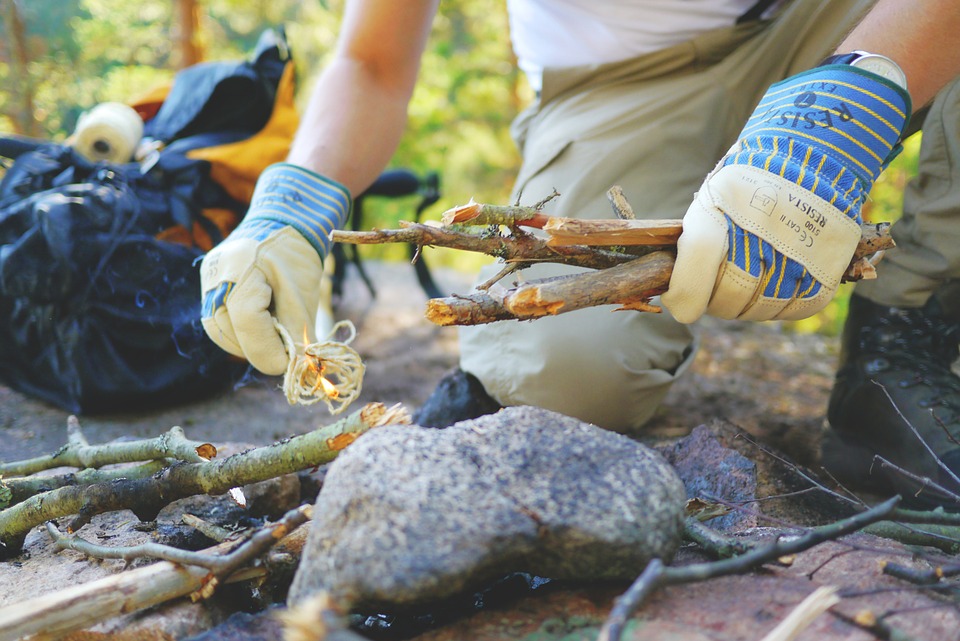 Though food isn’t a priority, water is. You can use a knife to dig wells, but often the best place to look for water is in tree trunk cavities, areas where birds and insects gather and the base of rock faces or cliffs. When you do find a stream, make sure it's running as this indicates fresh water.

For food, knives can be used for cleaning fish, skinning and gutting animals, cutting down fruit and digging up vegetables. When it comes to hunting, however, an air rifle might be handy to have with you as well. Make sure the knife is sterile before using it on food you will be eating, putting the blade in boiling water. If you are heading outdoors more prepared, with cans of food, a can opener is also handy, but a knife can also be used as one. Make a hole in the can’s lid, carefully cutting the rest of the lid away before scooping the contents out.

Though a knife is a fantastic tool itself, you can also use it to make specialised tools for other tasks. Instead of tying a knife to a stick to make a spear, carve yourself a spear. A four-pronged spear is particularly useful for fishing; split the pointed spear into four with your knife, and add cord or sticks between the prongs to keep them separated.

Your knife can also be used in place of other tools you are unlikely to have you when heading outdoors. The butt of a knife can be an effective hammer, serrated knives can act as saws, and single-blade knives are useful if you don’t have an axe for cutting or splitting logs. 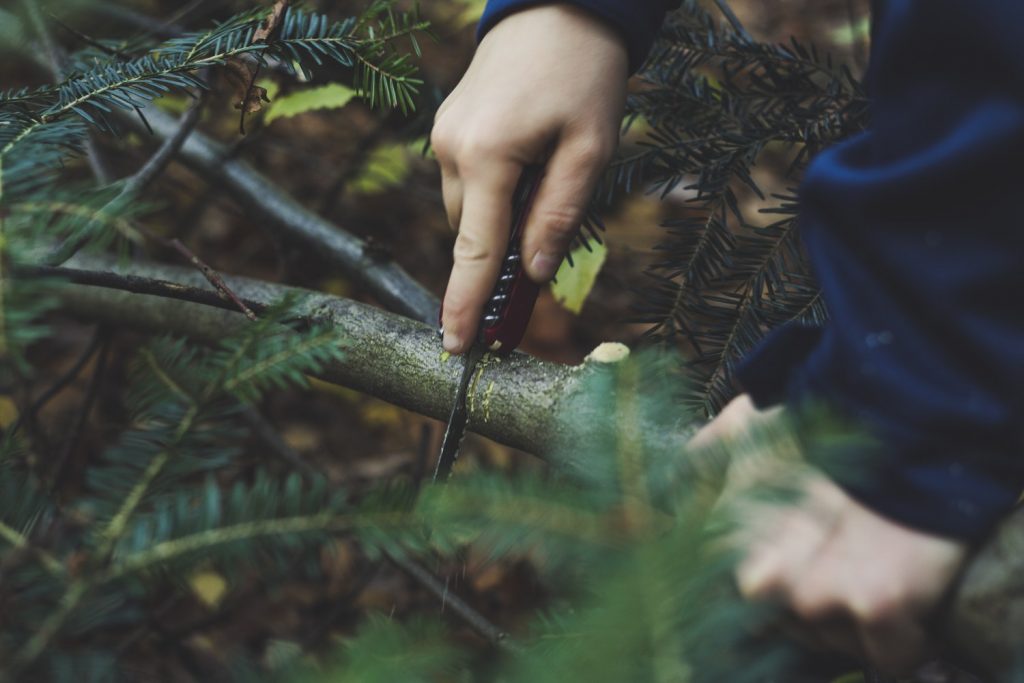 The chances of getting lost in the woods with nothing but a knife are slim but it is helpful to have some prior knowledge on how to best use a knife. If you are novice outdoor adventurer, you may also want to read our previous blog on outdoor survival tips too.