What Makes a Good Air Rifle?

When it comes to buying an air rifle, it makes sense that you want to go for the best you can. There might be some aspects to consider first such as your budget, your personal preferences or what type of air rifle you want to go for; gas spring, pneumatic and spring piston.

The Type of Air Rifle

All types of air rifles serve the same purpose, but it will depend on personal preference which one you choose. Take a look below for a brief overview of how the different types of rifle work.

Spring-piston types of air guns have a coil spring piston pump in a compression chamber, separate from the gun barrel, these guns use a lever or barrel crack, so when the lever is cocked by cracking the barrel, the pump pulls the spring back into a locked position, which is released by the pull of the trigger, discharging the projectile. There are also ‘Gas Ram’ type rifles which use a sealed pressurized gas chamber instead of a traditional spring. Due to the compressed chamber, there is more stability in the weapon when you fire it. The time between pulling the trigger and releasing the piston is smaller and offers more accuracy.

Pneumatic, pre-charged and Co2 air guns use internally stored compressed air or Co2 to drive the projectile, using an inbuilt pump. Pre-charged guns can cock instantly are relatively noiseless as there is much less weight moving than the traditional spring/piston powered Rifles. These are generally bolt action or a derivation of and due to the lower moving mass and more predictable air release can be much more accurate.

The FPS and Muzzle Energy.

The FPS (feet per second) determines the speed of the projectile when fired from an air gun. Though you may find manufacturers like to impress upon buyers the air rifles with a high FPS, such as 1200, as something to invest in, the FPS isn’t always the most important feature of the gun. Air rifles on the market may have an FPS between 450 to 1200. FPS in terms of hunting brings muzzle energy into play. The legal muzzle-energy limit for air rifles in the UK is 12ft.lb, and for pistols, 6ft.lb, a gun with more than that requires a Firearm Certificate. A 12ft.lb air rifle will be adequate for hunting small game if you are a good shot, and the FPS is not as important. Also High FPS claims like those above tend to be shown on the American market as buzz words to drive sales, usually using super light weight pellets to get the FPS up. 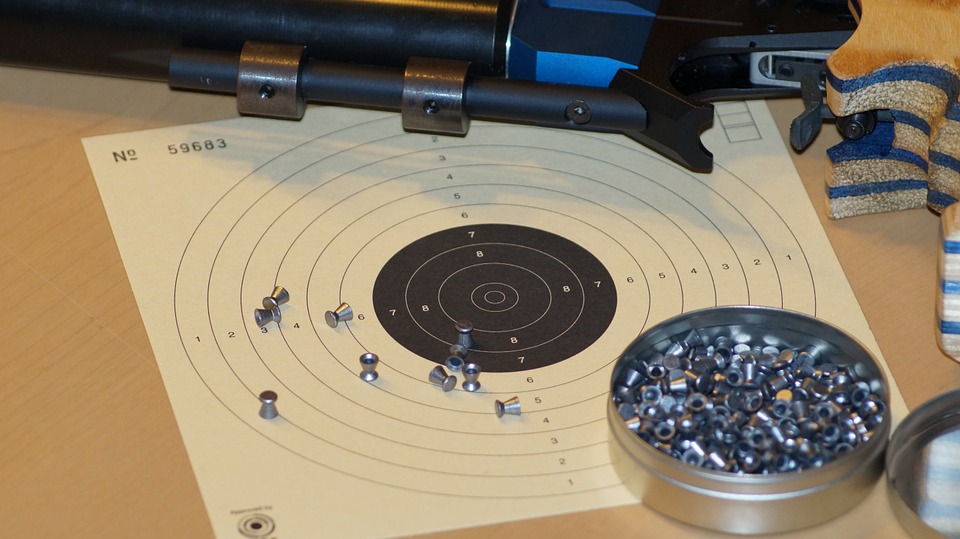 There are several types of ammunition available for air guns, referred to as pellets. They are diabolo designed, made of lead and come in .177 or .22 calibre sizes, and have a good range. The ammunition you need will depend on the capability of your rifle, and it is cheap to buy in large quantities. However, you don’t want to splash out on a good quality airgun but use cheap ammunition, which will lead to an adverse effect on the aim and accuracy of the gun. It is often a case of trial and error to find the right pellets and BBs for your air rifle.

One draw an air rifle may have is how easy it is to maintain it and keep it in peak condition. The lack of gunpowder means an air rifle gets less dirty internally, though will still be subjected to external wear and tear. Any air gun enthusiast will know the importance of maintaining your rifle, and there are several step by step guides available on how to care for your rifle. The biggest thing is always make sure you store your rifle dry!

You don’t want to be uncomfortable using an air rifle, particularly if it is going to be used regularly, but also when just plinking in your back garden. Keep an eye out for adjustable and balanced stocks, suitable for both right and left hand, doesn’t have a big recoil and the positioning of key features such as the lever. It’s always handy to go into a store and hold the rifle, for fit, reach, balance and weight. Some of the high end Weirhauchs can be very heavy, but because of this they can be very accurate, a lighter, cheaper rifle may not be quite as heavy, but if you can’t carry the heavy rifle around for the length of a shoot there’s not much point in getting it!

For more information on air rifles, airsoft and military, take a look at our blog as there’s something for everyone!