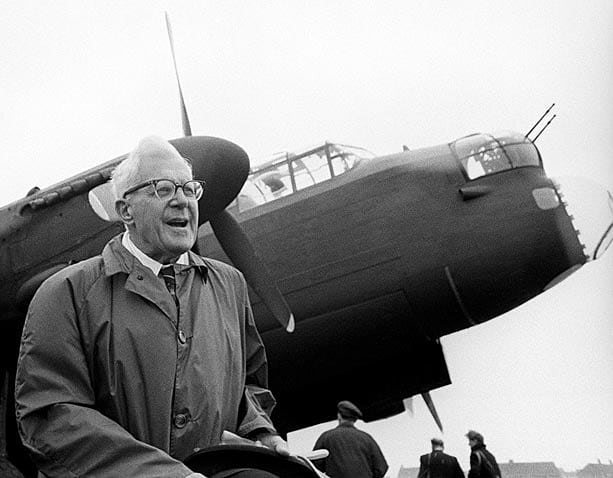 As fans of all things military, we think it’s important to look back into military history to remember and celebrate some of the military heroes of past and present. It’s a divisive subject and depending on where you’re reading this blog from, the word ‘hero’ could easily be replaced with something less effusive. However, being UK based, for the most part, these blogs will be relatively UK-centric, with the occasional international hero included.

In this article, we look at the life, history and achievements of Barnes Wallis, an engineer known best for the development of the bouncing bomb during WWII.

Sir Barnes Neville Wallis was born on 26th September 1887 and was an English scientist, engineer and inventor. His most notable achievement was the design and creation of the bouncing bomb, that featured in the Dambusters raid.

Born in Ripley, Derbyshire to parents Charles and Edith, Barnes attended Christ’s Hospital, a coeducational independent and boarding school. Having left education at 17, he began working for Thames Engineering Works in Blackheath, London, subsequently changing his apprenticeship in order to work at J. Samuel White’s. This was a shipbuilding company based on the Isle of Wight, known for building destroyers for both the Royal Navy and export customers.

Barnes made the decision to leave J. Samuel White’s in 1913 to pursue a career in airship and aircraft design for Vickers, later part of Vickers-Armstrong and eventually British Aircraft Corporation. His employment lasted nearly 60 years, until his retirement in 1971.

Barnes was a talented and innovative engineer, always looking to improve on current designs or change the way something worked entirely. One of his first innovations was the use of geodesic airframes in airships and aircraft. This is a type of construction that makes use of a space frame to improve structural integrity and load-bearing capabilities while keeping it lightweight. This was first implemented on the R100 airship, of which Barnes led the design team. The life of the airship was cut short when its sister ship (the R101) crashed; therefore the R100 was scrapped.

Barnes adapted the geodesic design into a suitable foundation for the construction of aircraft. The Wellesley, the Wellington, the Warwick and Windsor crafts all used this design in the construction of the fuselage and the wing structures. There are images available of Wellington aircraft that have returned from WWII operations that have been struck with anti-aircraft shells but are still able to return their crew to base safely.

The outbreak of the Second World War gave Wallis the inspiration he needed to turn his attention to bombs and their relationship with aircraft. His first thoughts turned to the ability to cripple the enemy by eliminating their power supplies. Barnes designed a super large bomb with this in mind, however, this weighed roughly ten tonnes, much heavier than any aircraft of the time were able to carry. Instead of changing his bomb designs, he 'simply' designed a whole new plane which would be able to carry the bomb, known as the Victory Bomber. This craft was never built as it was seen too ambitious by the RAF, having six engines when the current planes only had two.

Subsequently, Barnes began to experiment with skipping marbles over water tanks in his garden. The idea was that a bomb could skip over the surface of the water in order to avoid any torpedo nets, then settle next to a battleship or dam wall, acting as a depth charge. The addition of adding backspin to the bomb allowed the plane to fly away from the detonation without risk of damage and meant that the bomb stayed as close to the target as possible. The successful operations on the Eder, Möhne and Sorpe dams caused extensive damage to surrounding factories and infrastructure and seriously affected the Germans’ hydro-electric power.

The success of the bombs was evident, meaning that Wallis could now return to his initial project of huge bombs. He designed two whopping explosives, the Tallboy and the Grand Slam of six and ten tonnes respectively. These were described as earthquake bombs, as they were designed to be dropped into the earth, reaching a depth of 20 meters before exploding. These were used to target high profile and important German targets.

Wallis continued to work on numerous projects after the war, mostly focusing on aircraft and munitions, although these projects never matched the success of the Dambusters raid. A talented and innovative thinker, Wallis was instrumental in WWII and is a true military hero.

Make sure you keep checking back to our blog for more articles on military history. You can also check out our online store where we stock a wide range of air rifles and airsoft guns, along with loads of accessories!