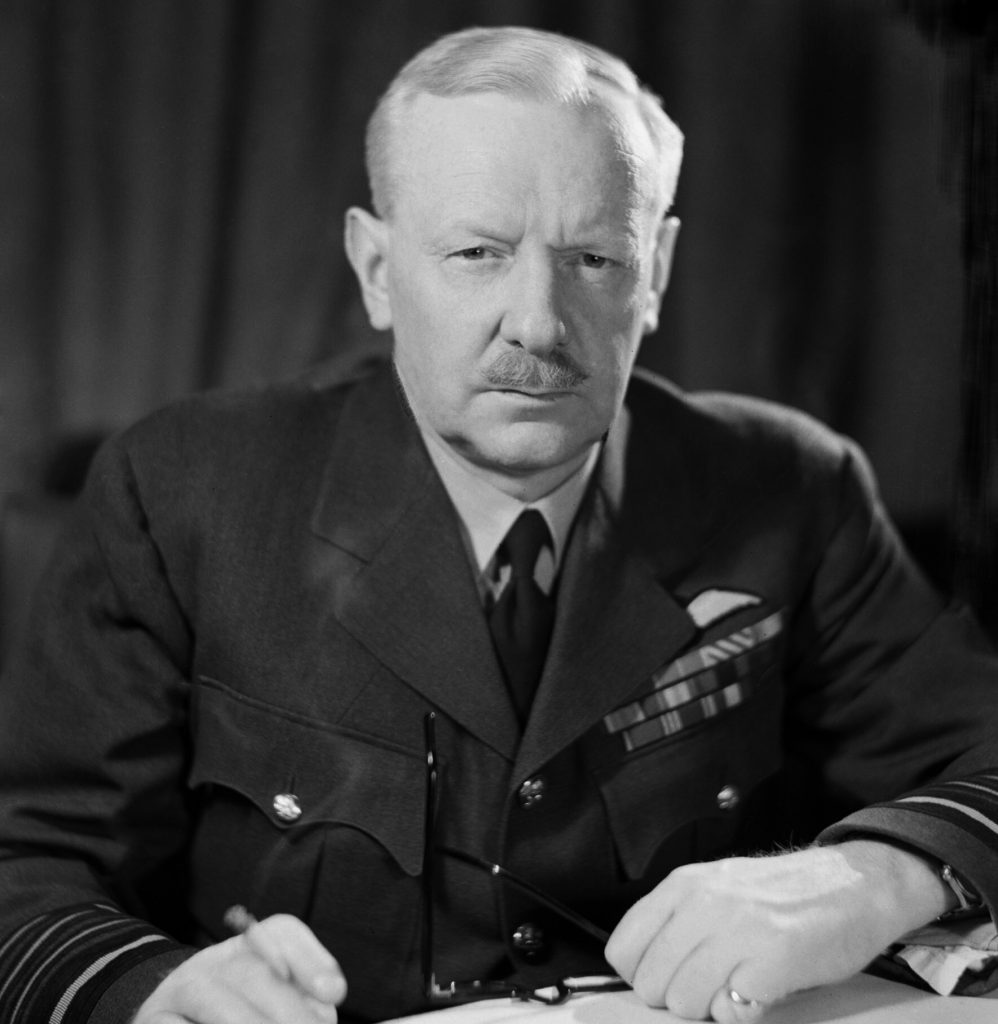 The term ’military hero’ is perhaps not so appropriate for Sir Arthur Harris, depending on which side of the fence you stand on. His role within the First and Second World Wars undoubtedly played a part in the Allied victory, but the question is whether the ends justified the means. His tactics, ideas and opinions were certainly dividing, and to many, seemed extreme. Here, we take a look at the life and career of Sir Arthur Harris, also known as Bomber or Butcher Harris, and leave it to you to form your own opinion.

Born in 1892 in Cheltenham, Harris did not have a particular feeling of belonging or familial roots, as his father was serving in the Indian Civil Service. Much of his later childhood was spent in the care of a rector from Kent, Reverend C E Graham-Jones. Despite his older brothers receiving high-class education in Sherbourne and Eton, Harris was sent to Allhallows school in Devon, an all-boys boarding institution.

After receiving a free ticket to a play from ex-pupil Arthur Chudleigh, Harris attended the performance which ultimately proved vital in directing his next life decision. The performance was about a man from Rhodesia who had intended to marry a British woman but ultimately fell in love with the housemaid instead. Upon seeing this, and being inspired by a country that values ability over class, Arthur told his parents that he planned to emigrate to Southern Rhodesia, rather than returning to school the following year. In 1910, as Harris was reaching early adulthood, he boarded the SS Inanda with a ticket paid for by his father, setting sail for Mozambique and eventually arriving by rail in Rhodesia. After three years of coach driving and farming, he eventually settled into a permanent position of Farm Manager, having earned the trust of the farm owner.

Despite having the intention of setting up his own ranch in Rhodesia, Harris’ patriotical sentiment was too strong, and upon learning of the outbreak of WWI, he felt compelled to offer his services. Harris joined the 1st Rhodesian Regiment as a bugler, calling on his experience from previous school days, and was sworn in on 20th October 1914.

Much of Harris’ initial war experience came in South-West Africa during the first half of 1915, where he saw first-hand aerial bombing in action. After the campaign came to a close in July 1915, with the Regiment being disbanded, Harris returned to work. However, upon realising that the conflict was much larger than expected, especially hearing about the conflicts on the European continent, Harris decided to set sail for England and moved back in with his parents, while trying to secure a military role. After two unsuccessful applications, he finally landed a position in the Royal Flying Corps as a Second Lieutenant.

He learned to fly in late 1915, and then served on the home front and in France before returning home to command No. 44 Squadron. During his time in the air, Harris claimed five enemy aircraft and was awarded an Air Force Cross for his efforts, eventually finishing the war in the role of Major.

The period between wars saw Harris spend his time working within the RAF. He held numerous roles and was responsible for working on plans for missions across the globe, including in India, Persia, Mesopotamia and Iraq. Additionally, after attending Army Staff College in Camberley, he came to form negative opinions of both army and naval officers.

After time in Palestine and Trans-Jordan during the mid to late-1930s, and receiving a promotion to air vice-marshal, Harris returned home in time for what would be for first months of WWII.

Arthur Harris continued to rise through the ranks during the first couple of years of the war. His time really came in 1942, with the support of area bombing within Germany, coming from none other than the Prime Minister, Winston Churchill. The strategy was devised by Churchill’s scientific advisor, Frederick Alexander Lindemann, a man of both high intellect and military ruthlessness. This strategic operation was accepted by the cabinet and passed to Harris to oversee the campaign. During the first few attempts, the results were not as successful as expected, due to the lack of resource available, including aircraft and navigational aids. As manufacturing improved and aircraft improved in quality, Harris pressed the issue, asking for 1,000 aircraft per raid. On the night of 30th May 1942, Harris commanded the attack on the civilians of Cologne, the first attack to incorporate the requested 1000 bombers.

Despite his love for area bombing tactics, he was opposed to Operation Chastise, otherwise known as the Dambusters from which Barnes Wallis made his name.

At this time, the UK Government had not been clear with the public as to the nature of the attacks. It had continually reinforced that German civilians were not the target and that the key objective was the high profile industrial and economic targets, with civilian casualties being “regrettable but unavoidable”. Harris was not pleased with this approach and wanted the Government to be honest with the UK people. Although very much a believer in the Area Bombing Tactic, Harris felt it should be made clear to the British public that the objective was to, among other things, destroy German cities, kill workers, disrupt civilian life and ultimately create a breakdown in morale both on the battlefronts and at home.

Despite his constant hubris in regard to his strategy, Harris’ subsequent operations, first targeting Berlin and then Nuremberg, were disasters, resulting in loss of life and of aircraft for the Allied Forces. The following years were not ones of glory for Harris, receiving first the directive to attack the French rail systems, and then to continue with his mostly ineffective campaign of bombing German cities and resources. His lack of success was partially from misinformation being shared regarding the effectiveness of his campaigns, along with his lack of ability to accept advice or see other’s viewpoints.

One of the most notorious acts of Harris was the bombing of Dresden in 1945, which created a lethal firestorm and resulted in over 25,000 civilian deaths. There were also additional raids that were carried out as Germany was beginning to fall. However, these were criticised for having little military value and for causing unnecessary civilian casualties. The area bombing tactic, and these final raids specifically, represent a darker time in our country’s military history. Today, we would like to think that such actions would be halted in their tracks, rather than being agreed to behind closed doors. Although Harris did not act alone, his voice and pressure on the UK Government went a long way in convincing them to agree to the strategy. And, although he may be seen as a war criminal by many, it could equally be seen that the Government at this time were complicit in carrying out the attacks, meaning the blame may not sit solely with him.

In 1992, eight years after his passing, a statue was unveiled of Arthur Harris outside of the RAF Church of St. Clement Danes in London. The unveiling was carried out by the Queen Mother as was met with protesters shouting that Harris was a war criminal. There is an inscription on the statue that reads: ‘The Nation owes them all an immense debt’, something that many people do not necessarily agree with when it comes to Arthur Harris.

Arthur Harris led an exciting and interesting life. Whether you consider him to be a war hero or a war criminal, it is undisputed that he left his mark on the Second World War.

For more information on military history, why not check our blog here? You can also find military replica airsoft guns on our website here!