Military v Monsters: Could They Really Take on the Beasts?

The “giant monster vs people” genre of films seems to have been a staple of Hollywood over the years, depicting the epic and seemingly futile efforts man has had at trying to keep the beasts at bay with their weaponry.

Godzilla is probably the most famous giant monster movie of all time, and over the course of the films, you see a lot of weapons used against the mutated dinosaur, mostly without effect. So, if it were to happen in real life, how should the military react to the scenario in order to give themselves the best chance at winning? We take a look below:

Note – there are some minor spoilers in here for some monster films, so proceed at your own risk!

For starters, if we were to come under attack from giant mutated beasts, the last thing that we should do is to try and take them on with our ground forces. What you usually see in these films is that swarms of military personnel are sent to the forefront of the battle, armed with their automatic weapons and shoulder-fired rockets. But more often than not, these weapons seem about as effective as airsoft pistols would be against the Kaiju!

Once it has been established that small arms are not effective against the monsters, the infantry should be used for crowd control, evacuating citizens from heavily populated areas and keeping the peace.

So, what about tanks? At first glance, it seems like a tank would be the perfect machine against monsters. If you have an M1 Abrams, for example, it has a top speed of 45mph, which is pretty nippy for a heavily-armoured vehicle. The 120mm main gun can fires high-explosive or kinetic rounds, with the latter being capable of punching holes in almost anything. It can also be sealed from biological and chemical threats from the outside, meaning the crew would be protected from those beasts who give off toxins (such as in 10 Cloverfield Lane). 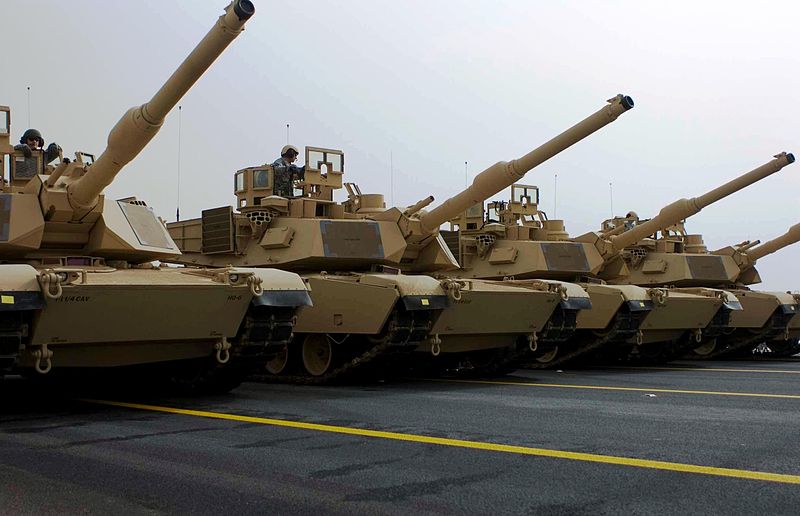 But if movie history has taught us anything, it is that the monster would probably just shrug off these attacks like they were nothing… and although tanks are tough, would they hold up against the stomp of a giant dinosaur? We’re not so sure…

You may be surprised that the best bet we would have against these creatures is from the air, seeing as they pretty much dominate the skyline. But it’s true, as long as they are approached properly and not in the dive-bombing, “let’s just fly at perfect arm swatting height” manner that is so often found in the cinema.

The best approach would be to use all of the different variants of aircraft available to hit the monsters from all angles. Firstly, starting off with helicopters seems like a good move.

Having a fleet of Apaches would be beneficial in this scenario, as even though their weaponry is relatively “light”. Although they have a 30mm chain gun, it won’t make much of a dent in the beasts. But Apaches are also capable of carrying Hellfire missiles and CRV7 rockets, which are likely to make a bit more of an impact. 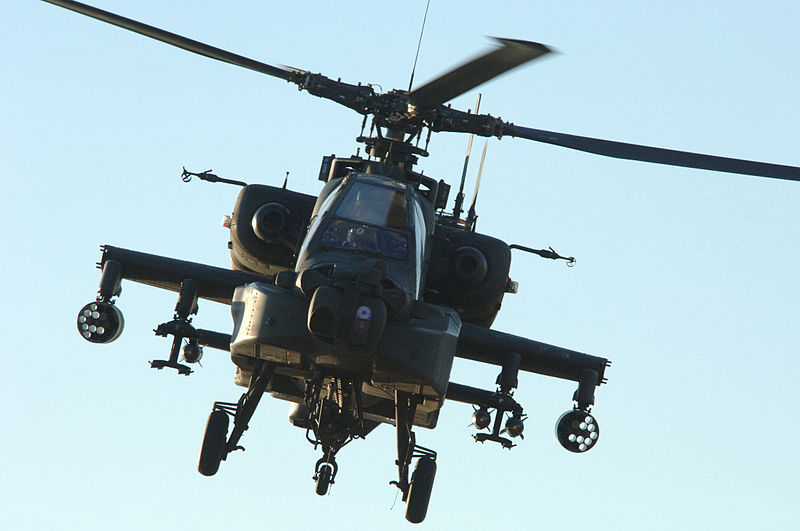 Even though none of this is likely to take down the beast, it will certainly draw their attention, which can help to draw them out of heavily-populated areas. The helicopters also have a manoeuvrability advantage, meaning they are more than capable of keeping their distance and hitting the weak spots on the monsters, such as eyes, gills and other weird exposed fleshy areas!

So, the beast has been lured away from the heavily populated cities and is there for the taking; what comes next? Film history tells us that the killing blow from the air is somehow botched and the monster continues to wreak havoc until it eventually disappears, gets beaten to death by a giant robot controlled by two people (Pacific Rim-style) or taken out by another, deadlier creature. But what if you haven’t got a giant robot on your team?

You need something which packs a bit more oomph. Quite often, you see jet fighters attacking the monsters, but as most are equipped to take out other jets beyond the line of sight, rather than giant creatures, we would probably steer clear of them too. You need something that will pack a punch from a safe distance, so you’ll most likely want to send in the bombers.

In the first Cloverfield film, the giant monster is taken on by a B-2 Spirit stealth bomber. While this is a fine aircraft in its own right, it uses GPS-guided munitions, which is a good option if the creature you are taking on is essentially a giant tortoise, but not so good if it can move around at a reasonable pace. The B-2 should only be looked at as a final option; delivering a nuke.

What should be used instead? The B-52 from our American compatriots could be a good option, and just this year, they received targeting pods that enable troops on the ground to mark targets with a laser. The plane can then drop a lot of guided bombs from its 30-foot-long bomb bay, which could cause absolute havoc versus a Kaiju. However, the B-52 is that is quite slow and would take a while to get over its target, so not ideal when time is of the essence. 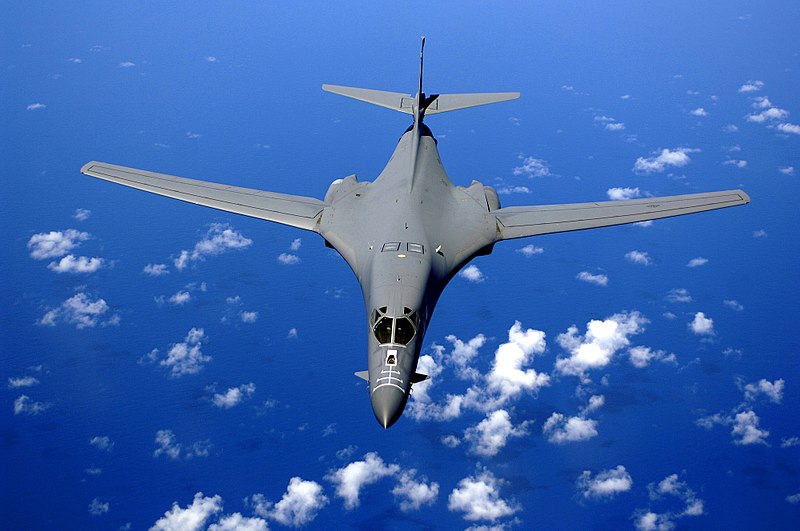 The best idea would be to get something that is a bit more mobile but still packs a decent punch; the U.S. B-1 Lancer could be a better option. They are not a stealthy option, but they are pretty quick, and at this point, stealth is not a priority! They have also been using the same targeting pods as the B-52s and can also carry BLU-109 penetrating bombs. These are designed to burrow into a bunker before exploding, so could potentially work their way through the hide of the creature and detonate from within.

When you put it all together, you use the choppers for distraction and annoyance, draw the beast to a less populated area. Once there, troops can mark it with lasers for the B-1s to drop their payload on, while also hitting them with the burrowing BLU-109 bombs. Easy, right?!

What do you think of this as a monster fighting technique? Would you have done anything differently? Let us know on our social media channels!