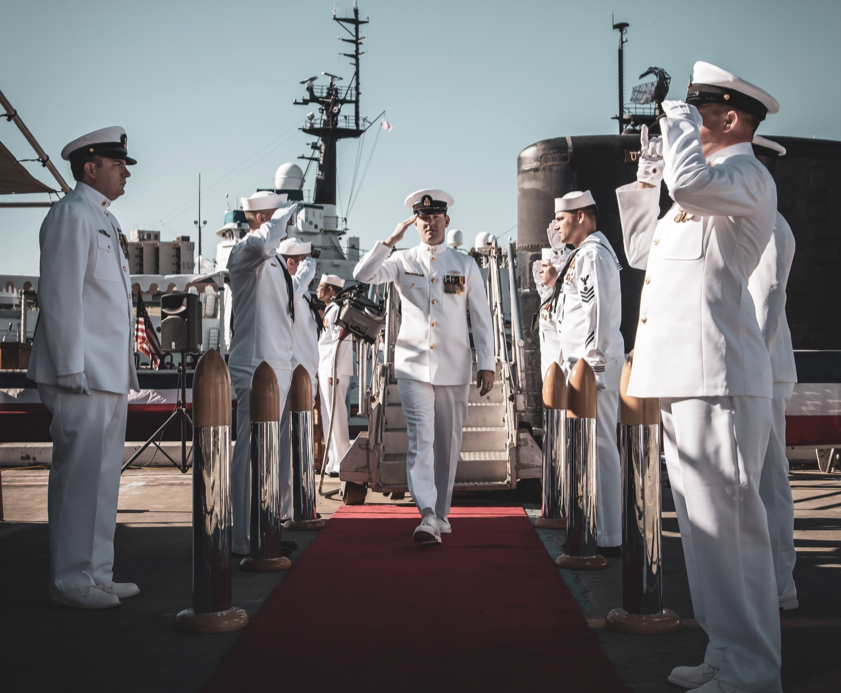 Yes, the title may sound like a discarded Harry Potter spin-off series, but it is, in fact, serious stuff. The story of the Millennium Challenge has flown relatively under the radar for a number of years. It was first brought into public consciousness by Malcolm Gladwell and his book ‘Blink’; A non-fiction title which looked to educate us on the idea of ‘thinking without thinking’, the decision making process and the story behind our snap decisions. The book was published in 2005 and continues to be used in classrooms and lecture halls across the country. Gladwell wrote about the Millennium Challenge in a way that made it accessible for the masses to understand, something which had not been done until that point. This accessibility was what prompted a deeper dive into the events, and General Paul Van Riper’s role within them.

Born in 1938, Van Riper’s story began with him serving in the Marines Reserve in the U.S. Initially enrolling in 1956, he was granted the position of second lieutenant in November 1963. Just two years later, he was posted to serve in the Republic of Vietnam as an advisor to the Vietnamese Marine Corps and was later wounded in battle; with evacuation in February 1966. Undeterred, he continued to serve his country, posting to Egypt, Lebanon and Israel, and later returning to Vietnam to command 3rd Battalion. His service also saw him play a role in the operations Desert Shield and Desert Storm. Having returned to his home country, Van Riper continued to progress through the ranks, earning the title of Director of Intelligence in 1993. He held this position for two years before being advanced to Lieutenant General, his last role before retirement.

Van Riper, a decorated veteran having served over 40 years, could have easily faded into obscurity; however, this was not the case. 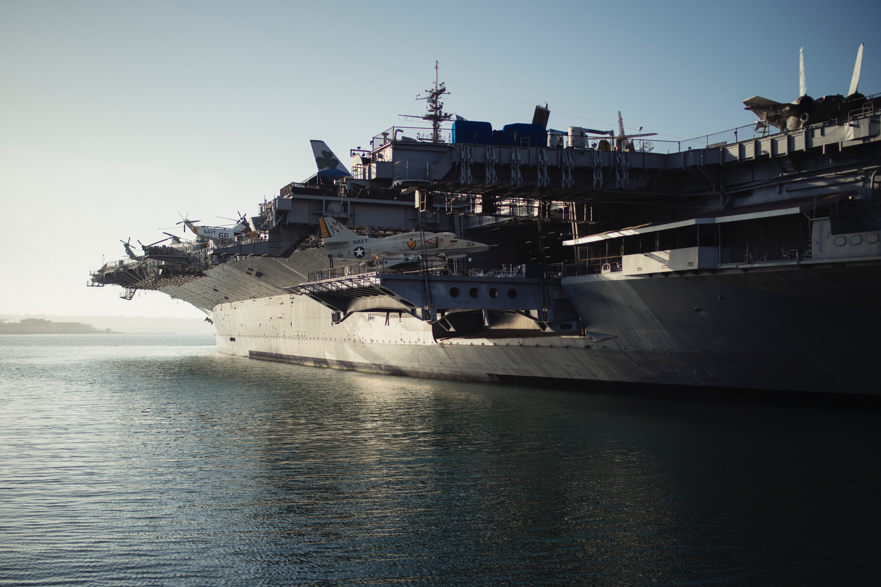 Until this point, Van Riper wasn’t ‘famous’ as such. Even now, he is far from being a household name; however, thanks to Malcolm Gladwell, his knowledge and wisdom have been immortalised in written form.

Military simulations, sometimes known as war games, are common events in which a military force can experiment and test different theories of combat without the need for hostile encounters. The purpose of these is to develop tactics, strategies and communications so that when the SHTF, people are ready.

The Millennium Challenge 2002 was a war game in which the U.S Armed Forces looked to test new tactics and develop their network-centric warfare strategy. This was essentially a system which used the benefits of technology to offer real-life advantages in a war scenario. This was something previously unseen and, as expected, had a lot of people excited for its potential. The challenge saw the U.S, deemed as the Blue Team, be pitted against an unknown adversary based in the Middle East, marked as the Red Team.

Van Riper’s role in the simulation was to command the Red Team, to issue orders and coordinate any military actions. Having served in countless countries and experienced many years of pre-computer military operations, Van Riper knew what he could do. With the knowledge that the Blue Team were using advanced electronic surveillance systems, he adopted old-style methods to evade the network. In particular, he made use of motorcycle messengers to pass messages to troops on the front line, and, to launch planes, he capitalised on a WWII-style light signal method, avoiding the use of radio communications.

Blue issued the Red Team with a surrender document, demanding Red to respond within the time limit of 24 hours. This informed Van Riper of an incoming Blue approach. Therefore, he commanded a small fleet of boats to investigate the position of Blue’s ships, which they did so by just the second day of the exercise. Van Riper calculated how many missiles the blue fleet could handle, and then launched more. This preemptive strike overwhelmed Blue forces and destroyed 16 warships, including one aircraft carrier, five of the six amphibious vehicles and ten cruisers. Had this happened in a real-life war scenario, roughly 20,000 fatalities would have occurred. Following this, Van Riper launched yet another offensive, which used a combination of regular and suicide attacks. This saw a large portion of Blue’s remaining Navy Forces sunk, thanks to their inability to detect the attack. 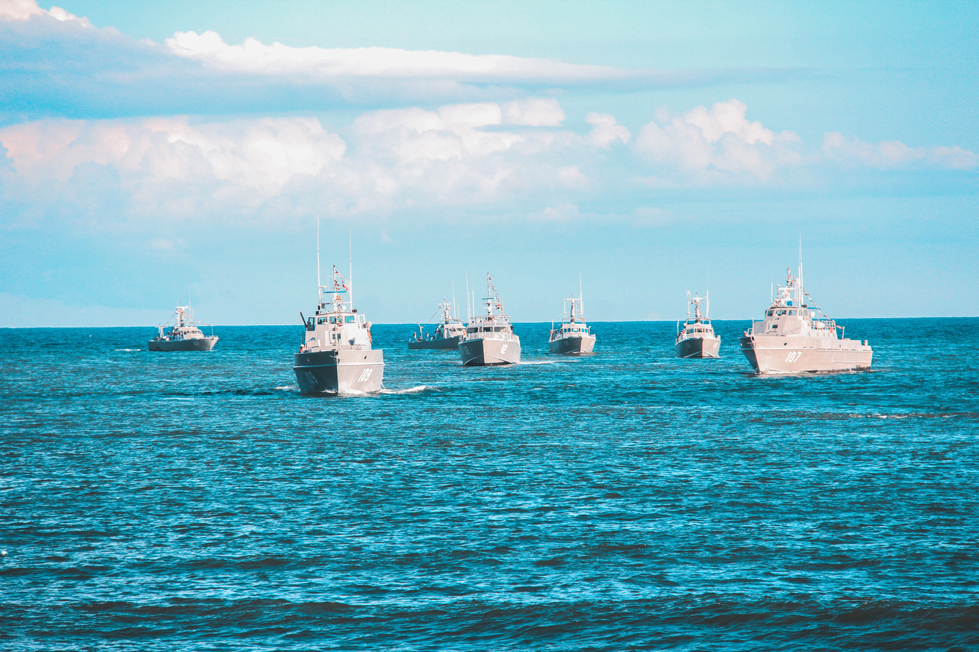 This unprecedented failure of technology prompted the U.S to suspend and then restart the exercise, in effect, respawning all sunken ships and fallen soldiers. Not only this, but rules of engagement were changed to follow predetermined plans. This meant that once the simulation restarted, both commanders and teams had to follow a pre-prepared script that would all but ensure a victory for the Blue Team. A selection of rules were imposed upon the Red Team, examples of which included using technology that would lead to their discovery, such as anti-aircraft radar. Additionally, they were not permitted to engage with aircraft that deployed troops onto the land. Van Riper also claims that further limitations were placed on weapon choice and that Red Team locations would be revealed; despite the Blue Team not having accomplished these things themselves.

Van Riper walked out during the middle of the exercise and spoke out against the war game planners, saying that the scripted nature caused for nothing to have been learnt. He also said that it supported the notion of the U.S being undefeatable, rather than looking at weak points that could be improved upon. To further this, he wrote a detailed report that specified the particular issues with the war game, the problems with how it was controlled and how it could convince the Pentagon to have confidence in untested military concepts. He even handed six hard copies to senior officials responsible for conducting the test, but didn’t hear anything back. Van Riper had also sent several emails for colleagues detailing his concerns, which were inadvertently leaked to a military newspaper. The response from the military was astounding, with numerous press conferences being held to reassure the public that the test had achieved what it had initially set out to do. Finally, a report was issued by those in charge of the simulation, which was held away from the public for ten years, covering 752 pages. In the report, the following was written:

‘As the exercise progressed, the OPFOR (opposition force) free-play was eventually constrained to the point where the end state was scripted. This scripting ensured a blue team operational victory and established conditions in the exercise for transition operations.’

Essentially admitting, in not so many words, what Van Riper had been claiming all along.

With a total budget of $250 million, many have called this exercise a waste of money, hardly surprising really. The aftermath saw Van Riper slating the challenge, in various interviews and reports. As expected, the U.S Military responded with positive news, that the simulation had taught valuable lessons and validated the budget and time spent on the exercise. A perfect example of how not everything is always as it seems.

For more information on military history, shooting and airsoft, check out our blog! You can also find a great range of military-style airsoft pistols and rifles on our online store.