New Military Vehicle Could Be Answer to British Army Needs 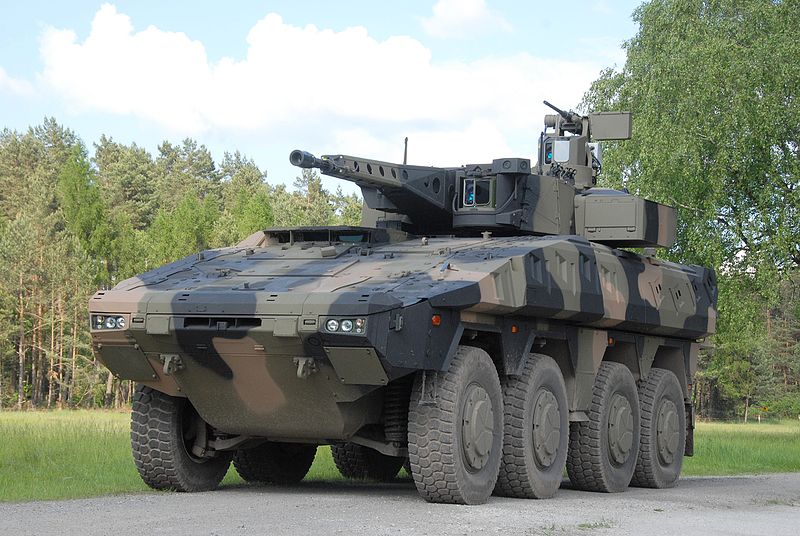 A new military vehicle, unveiled by the German company Rheinmetall, is being hailed as the answer to the British Army’s needs. The company showcased its ‘Boxer’ armoured vehicles at a defence show recently and had stepped up its campaign to win a £3bn deal to equip the British military.

The British Army is looking to replace its ageing wheeled armoured vehicles with more capable ones, which will equip new strike brigades that are a key part of Britain’s new military strategy. Generals want eight-wheeled Military Infantry Vehicles (MIVs) in service quickly, and sources have said a contract for between 500 and 800 such vehicles could be in place by the end of the year.

Peter Hardisty, Managing Director of Rheinmetall said the Boxer is the best vehicle for the job, though Britain pulled out of the pan-European project from which the vehicle originated. “Boxer has British DNA, even though the UK pulled out of the consortium,” he said.

The Boxer was built by a consortium that was headed by Germany’s Rheinmetall and is seen by senior military commanders as the leading contender for any contract. However, some critics and rival manufacturers claim the Boxer was twice the price of their products and would also have little manufacturing footprint in the UK, denied by Rheinmetall.

Rheinmetall is using the Defence and Security Equipment International Show to launch a version of the Boxer it believes will be the best suited for British Military, and highlighting its ‘Britishness.’

Hardisty said: “By value, 60 percent of the vehicle will be made in the UK. We are not talking about a final assembly line, but parts fabricated in the UK in manufacturing facilities in the Midlands, North East and Scotland.”

He also suggested choosing MIVs on their capabilities was more important than their manufacturing origins, saying: “The protection they offer troops is key in my mind. I don’t believe the British Army should sacrifice lessons learnt the hard way in Afghanistan with ‘Snatch’ Land Rovers. It would be morally wrong to put young servicemen and women in less well-protected vehicles.”

Rheinmetall have a reputation for being internationally successful corporation producing automotive parts and military technology, so it makes sense they are the current front-runner for providing the British Army with quality MIVs. German-built vehicles and similar technologies are well-known of being to a high standard; at Surplus Store, we have a collection of German-made Weihrauch air rifles. The company has been around for many years, and consistently produce quality air guns.