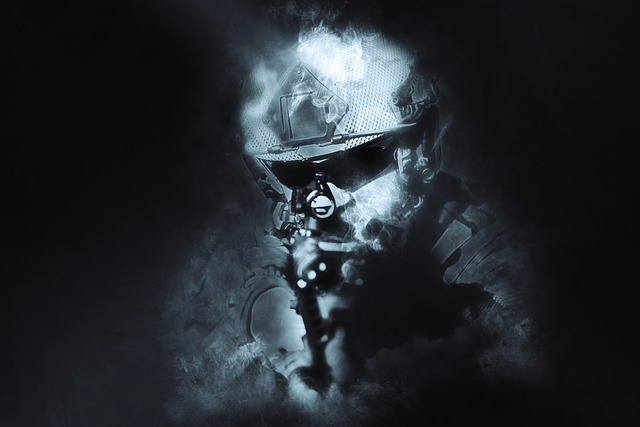 In something that looks like it has been ripped straight from the pages of a sci-fi novel, the Russian defence industry has unveiled their plans for some new kit… and it looks seriously impressive. We often spot military gear in the news that makes us think “that would make some seriously impressive airsoft gear”, and this is no different!

The Russian Future Soldier equipment is set to cost $45,000 (£32,000) and will include an AK-12 assault rifle with grenade launcher and night vision scope, satellite upload and a smart helmet, alongside some Call of Duty/Halo-looking armour. It is also said that the kit will weigh 26kg, which when you compare to the standard British Army average kit weight of 50kg, it’s not so bad!

Details of the Super Solider were revealed by Russia’s Deputy Prime Minister Dmitry Rogozin, who tweeted a few images of the designs along with the following message:

Note - Unfortunately, since we have written this piece, Mr Rogozin has set his Twitter profile to private so the images are no longer displaying. If you fancy seeing them, see if you can give him a follow!

The group of deputies reportedly refers to a number of lawmakers who accompanied Mr Rogozin to the Foundation for Advanced Research Projects military research agency, based in Moscow. As you can see from the images above, there appears to be some robotic concept images, but it is the armour that caught our eye.

Alongside all of the details we outlined above, the concept notes stated that the Permyachka combat protective kit would be included, which helps to protect the soldier’s body from flames and bits of shrapnel. As if that wasn’t enough, it will also be waterproof, include a satchel for water and ammo, a GPS/GLONASS uplink so your current status can be monitored by commanding officers, and perhaps best of all, a material to camouflage the solider in the infrared spectrum!

The Russian defence industry is claiming that their Future Soldier costs half the price of similar designs that are currently being developed by NATO countries, without compromising any of the functionality. It also seems that many of the features in this Future Solider set up are similar to the Ratnik Program (Ratnik is the Russian word for warrior), which has already seen combat action.

Does this mean we’re going to see the Future Soldier being rolled out sooner than expected, or is it a case of the Russians flexing their muscles and showing the world what they have? Let us know your thoughts on our social media channels!