The Science of Hop-Up 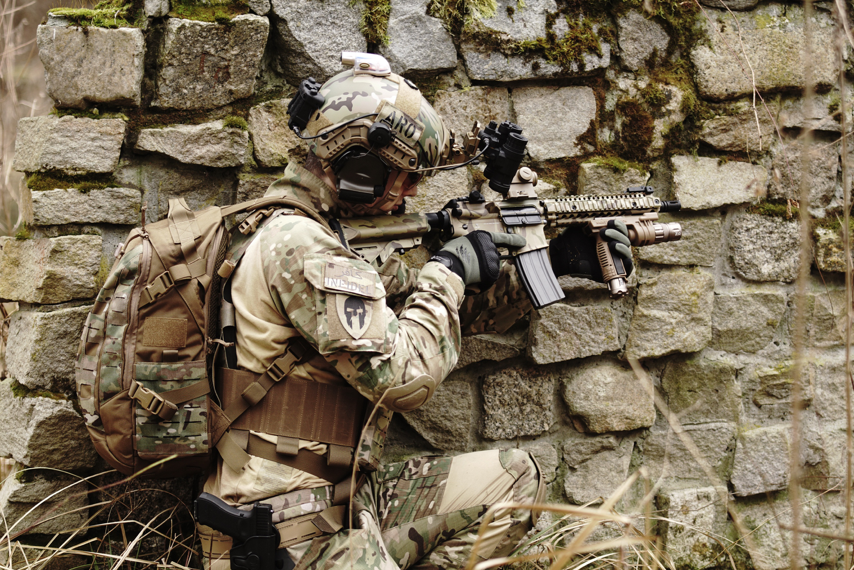 Truly an integral factor of airsoft, the hop-up has been keeping people and their guns firing for many years. We have seen that people’s experience and relationship with the hop-up can vary therefore we wanted to deconstruct the idea and the mechanics behind how it works so that even if you’re an entirely new player, you can start using hop-up to its full potential. In this article, we’ll be looking at what hop-up is, how to adjust it, how adjustments will affect your weapon, and ultimately how to make the most from it.

Hop-up is an elemental part of airsoft and is the key to being able to shoot BBs further and more accurately than if we didn’t use the technique. Essentially what hop-up is doing is instead of firing a BB from a gun, which would travel a certain distance and fall to the ground in an arc shape trajectory, it is applying backspin to the BB which allows the pellet to move further and on a straighter flight path. The reason why this happens is due to the Magnus Effect, first described by Isaac Newton in 1672 and then developed by Heinrich Gustav Magnus, a German physicist in 1852.

The Magnus effect describes the air around a spinning sphere is altered when spin is applied to the object, a backspin, for example, means the air pressure increases underneath the BB and decreases above it, this lifts the BB which counteracts the effect of gravity temporarily. Because of power restrictions, airsoft rifles without hop-up added would barely be able to fire more than 50ft, whereas, with the hop-up applying backspin, weapons can fire much longer distances and on much straighter trajectories.

How to Adjust it

Adjusting hop-up is a job that requires patience and precision, and not something to be done just as you enter the arena/battlefield as you’ll likely be rushing, especially if you’re adjusting it for the first time. Various guns have different mechanisms for tuning hop-up including drum, slider and dial designs so make sure you know which your weapon uses and, perhaps more importantly, the way to adjust in order to add and remove backspin. We’d recommend having a play around with the hop to get an idea of what your gun is capable of and finding the sweet spot for getting a low and flat trajectory, as this is what you’ll be aiming for with the majority of weapons.
The weight of the BB can greatly alter how the hop effects the flight path, a quick rule of thumb is the more powerful the Airsoft Gun is, the higher weight BB you’ll need to get the most out of it. But with all of these it’s best to take some time to experiment with different weights (and brands!) of BBs until you find something that runs your gun exactly how you want it.

Adjustments to the hop-up can result in three different outcomes: too much backspin, not enough backspin, just right. Here’s what to expect when from the three and how to identify them:
Too much backspin – As mentioned in this article, the purpose of the backspin is to counteract gravity, however, too much backspin and the BB will travel along a relatively straight path then start to fly up as the backspin takes effect. This will result in a strange and almost unusable trajectory.
Not Enough Backspin – If you’re starting to apply backspin, you should begin to notice the BB’s range increasing and travelling along a floating trajectory. If you’re not applying any backspin, the path the BB moves will just be a short arc, starting at the barrel of the weapon and slowly working down to the ground.
Just Right – It is worth testing the two ends of the spectrum so you can get a gauge of how the gun fires with too much and too little so that you know what to look for when it hits the sweet spot. If you’ve testing adding maximum backspin, look for when the bullet would have started to travel upwards, this should be the point where the backspin effect kicks in and holds the BB level in the air. A flat and almost floating trajectory is the goal and a longer range will be the result.

There is hardly a situation on the battlefield where hop-up is a disadvantage, more range and accuracy is a dream come true for most airsofters, however, there are occasions where you’ll want to consider moving away from the floating sweet spot to gain a tactical advantage. For the most part, automatic rifles will be using the long and flat trajectory but when it comes to sniper rifles, there is an opportunity for something different. We’ve seen weapons that have been tuned slightly differently that offer two stages of BB lift; the first from the initial fire and the second from the backspin. This results in a wave-like trajectory and can offer a range advantage for those long-range shots.

How do you tune your hop-up? Let us know your thoughts on hop-ups and how you make the most from them on Facebook on Twitter.