Will There Be Shooting Events at the 2022 Commonwealth Games? 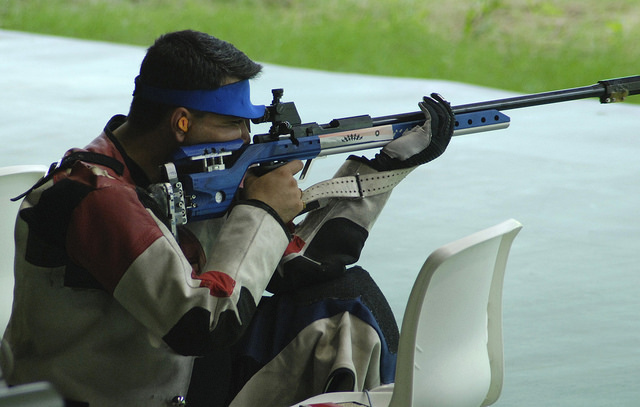 Birmingham’s successful bid to host the Commonwealth Games in 2022 has been marred by reports that there will no shooting at the Games for the first time in over 50 years.

It is being reported that the shooting sports will be excluded due to the lack of a suitable venue. This means there will be no Trap, air pistol or air rifle events for the first time since 1970.

It was first reported by the BBC that the exclusion was down to a “lack of appropriate facilities” near to the host city, to the shock of shooting fans. Bisley Shooting Ground in Surrey, which hosted shooting events at the 2002 Games in Manchester was deemed as being too far away, despite plans for track cycling events to be held in London.

The decision has been met with dismay across the board, with the Shooting Times launching a petition to include the events in the 2022 Games. You can find and sign the petition for yourself here.

Steve Scott, winner of two gold medals for England at the Commonwealth Games in 2010 and 2014, as well as an Olympic bronze in Rio in 2016, spoke with the Shooting Times and gave his opinion on the decision, stating it would be a big blow to shooting if the sport was dropped from Birmingham 2022.

He said: “Obviously we’ve still got the Olympic Games and all the other world events we try to achieve in. But everyone who has tried to get to the Commonwealth Games this year and didn’t and has more than the ability to win a medal in 2022, are not going to have that opportunity to do so.”

Not only will the lack of shooting be a big hit for the publicity of the events, but it will also greatly impact the medal tallies at the end of the Games. In the 2014 Commonwealth Games, shooting medals accounted for 15 of the total Team England tally. England has also won a total of 168 shooting medals over the years, which is more than any other competing nation and over 20% of all medals available.

But it isn’t just Team England who are worrying about the effect a lack of shooting medals will have on their rankings. Team India has won 438 medals at Commonwealth Games, including 155 gold. Of these, 118 have come from shooting. India have won 56 gold, 40 silver and 22 bronze medals in the sport, and it is their performance in these sports that have resulted in them finishing the top of the medal tables at every Commonwealth Games since 2002.

Speaking of the decision to exclude events from the 2022 Games, British Shooting said it was deeply disappointed that shooters would not be among the UK athletes who will be able to compete on home soil.

What do you think of the decision not to include shooting events at the 2022 Commonwealth Games? Let us know on our social media channels!