Someone Has Made a Real-Life Umbrella Gun From Kingsman 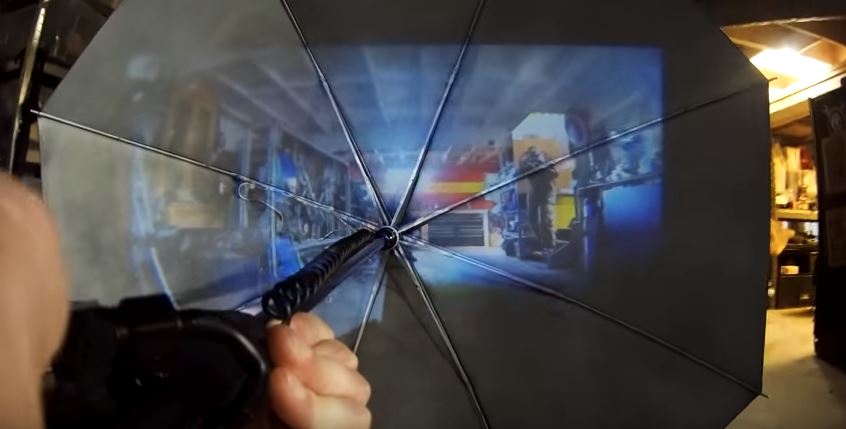 For anyone who has an interest in alternate ways to do airsoft and a fan of the spy action comedy films Kingsman, you will be happy to know someone has built a real-life version of the umbrella gun used by Colin Firth in the original film Kingsman: The Secret Service and its sequel.

YouTuber and engineer the Hacksmith was commissioned by 20th Century Fox to make the umbrella gun to coincide with the release of the second film, Kingsman: The Golden Circle. He also created the chain fist seen in The Golden Circle. We have to say, the umbrella gun would make a fun piece of equipment to use in airsoft, and who knows, if it was in circulation, it could be used as your primary airsoft gun.

If you haven’t heard of Hacksmith, all you need to know is he quit his job as a full-time engineer and product developer so he could take conceptual items from video games, comics, TV and films and make them real, turning them into working prototypes. Some of his other projects have included Batman’s grappling gun, Captain America’s shield and Reinhardt’s rocket hammer from Overwatch.

Hacksmith tackles the umbrella gun head on, firstly investing in a well-built umbrella, and even on its own can be used as a good weapon. But he needs to make it into a gun, and implement all the extras seen in the film. The umbrella gun fires projectiles, though these have to load musket-style and also uses a projection so you can see through the canopy. In the films the umbrella canopy is bulletproof and while it that would be nice, the umbrella gun would still be good for airsoft gunfights.

Watch the video of the umbrella gun below: