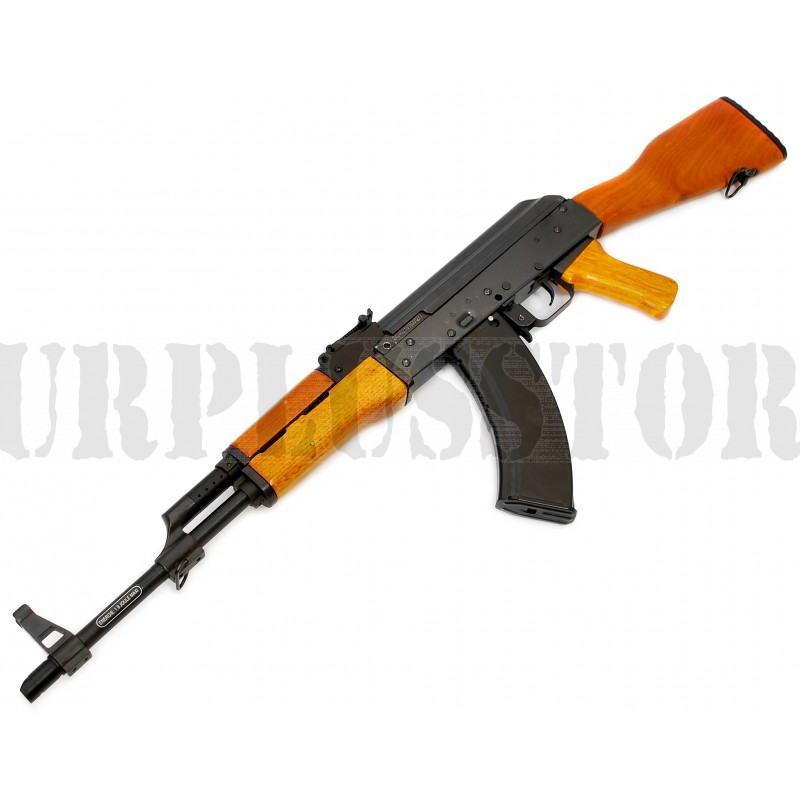 Surplus Store has stopped selling deactivated guns recently, and there are a few reasons as to why. One is that we sell replicas, which are great alternatives to deactivated guns. Deactivated guns come at a higher price yet do not fire. Though the history is appealing to many and we too love the craftsmanship in deactivated guns, a fantastic substitute is an accurate replica that retails at a lower price. The great thing about replicas is that they actually fire something and can be used for airsoft or target practice meaning they have more than just the ‘fun’ factor!

There have also been changes in EU regulations that changed the specification for deactivation, and as such, we felt we had to stop selling the guns to comply with the Policing and Crime Act and EU rules.

But fear not, for we stock a fantastic range of airsoft and air weapons; some of which are accurate replicas of real-life weapons. We have to admit, having an airsoft M4 is a go-to starting place for anyone considering getting into airsoft. Due to the platform’s popularity, airsoft M4s are available from the absolute starter gun to the Gucci highest end you can buy!

There are several air weapon replicas you could choose from, but we have put together just five of our favourites, all available to buy now. Please note that some of the airsoft guns mentioned are VCRA applicable Realistic Imitation Firearms and as such you must be UKARA registered (or have a defence under the VCRA) to purchase them. Please contact us or state your UKARA registration number in the comments box when you order.

ICS are the first manufacturer in Taiwan to produce automatic electric guns (AEGs). Their business philosophy of innovation, technology and creative recreation can be seen in all the airsoft guns and rifles they produce. At Surplus Store, we have several ICS M4s in stock, and they are high-quality replicas of the real thing. The ICS-48 M4 S-System S.I.R Crane Stock 6mm Airsoft Assault Rifle RIF AEG is one such airsoft gun and has the standard ICS split gearbox design that makes maintenance very simple. The M4 comes with 2,300 round high-capacity magazines, a tactical crane stock that holds the battery, 1,000 0.2g 6mm BBS, clearing rod and s-system front end. The rifle also has a high-quality plastic body that feels great to handle and even has a working forward assist button that releases the anti-reversal latch. This helps to reduce wear on the gearbox internals when it is not in use.
Though we have to admit that due to the restrictions of what they have to fit in there, the body is wider than a real steel deactivated M4. If you want to go for the most accurate you have to look at either a Gas Blow Back M4 or (if you want to look to that really Gucci high end) the Systema PTW… 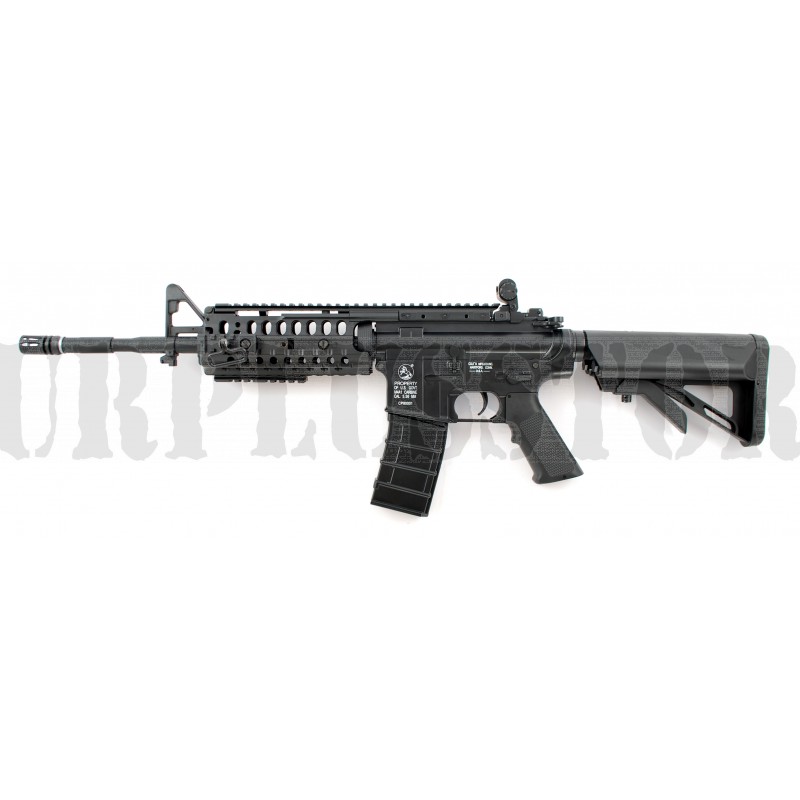 AK47s are well-known guns, often seen in films and the media in the hands of the bad guys. Surplus Store have a few AK47s in stock, including the air weapon 177 Cybergun AK47 Co2 Rifle and a number of airsoft variations too. Cybergun are a French company that bring quality replicas for recreational, target and outdoor shooting to the market. 177 Cybergun AK47 is an officially licensed replica of the Russian AK47 Kalashnikov and looks and feels like the real thing. The rifle weighs in at seven pounds, the gun’s stock, grip and foregrip are real wood, with the body, action and barrel all metal. The semi-automatic BB gun is powered by a 12-gram Co2 cartridge, which averages about 40 shots. Firing .177 copper or steel BBs up to 380fps, the Cybergun AK47 is a great air rifle to have and if you want realism this is where the search ends! The earliest versions of these were made in the same factories side by side with the real steel AKs even using some of the same parts and techniques. 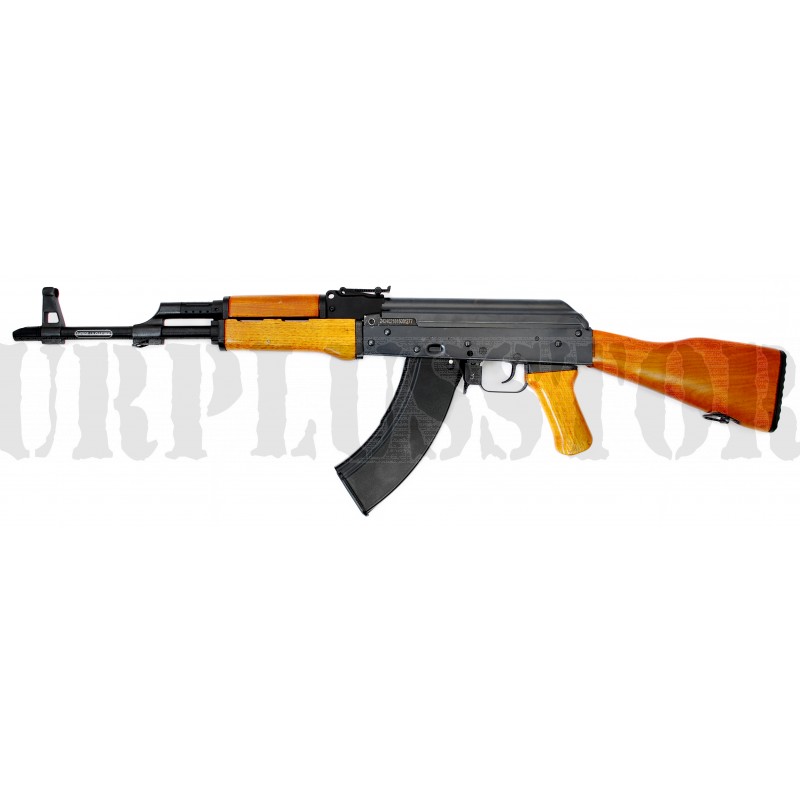 Having a rocket-propelled grenade for your airsoft loadout is a lot of fun, and we can help with an accurate US Army bazooka replica. The PPS US Army M9A1 40mm Gas Grenade Bazooka RIF is a replica of a classic anti-armour USA grenade launcher from the World War Two period. The grenade launcher compromises of two 775mm sections, which can be connected quickly into a 1550mm launcher. All elements except the pistol grip and optic sight have been made from metal, giving the bazooka an extra dose of authenticity. The RPG is powered by a standard 40mm grenade (included) placed in a tip mounted on the muzzle of the launcher. 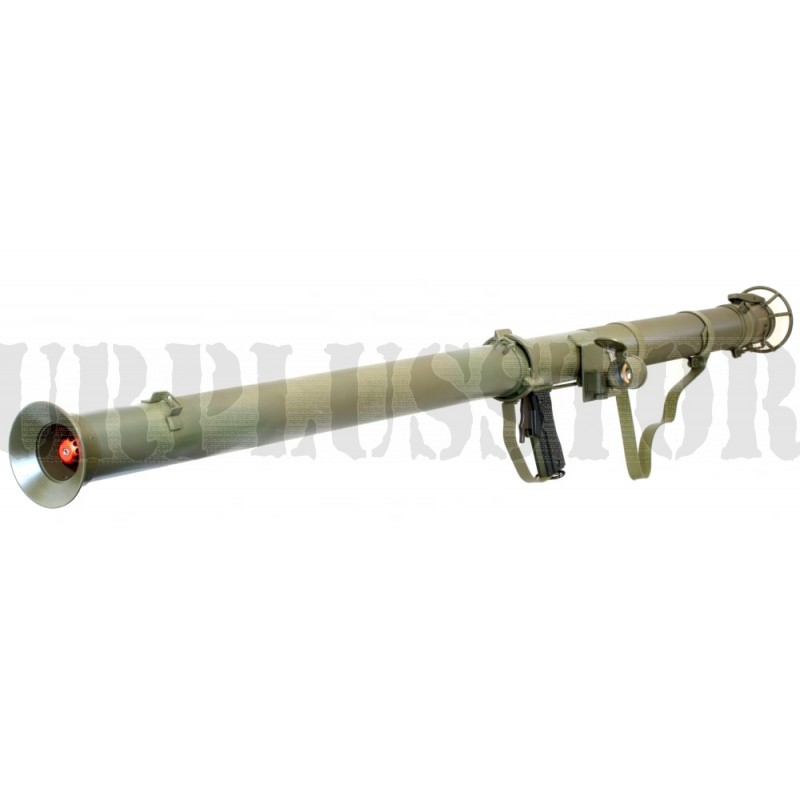 The Uzi, like the AK47, is another recognisable gun, often used by military around the world, and Surplus Store have a few accurate replicas in stock, including the 177 Swiss Arms Protector Mini Uzi Semi-Auto Co2 Pistol. This is an officially licensed Swiss Arms Air Weapon made by KWC. KWC have been manufacturing weapons for many years, and their extensive knowledge of the technology and design can be seen in their products. The blowback mini Uzi is an all-metal air pistol and has quite a kick to it. The Uzi is only semi-automatic but a fun air weapon to have with you. Remember to order Co2 capsules and BBs with the Uzi. 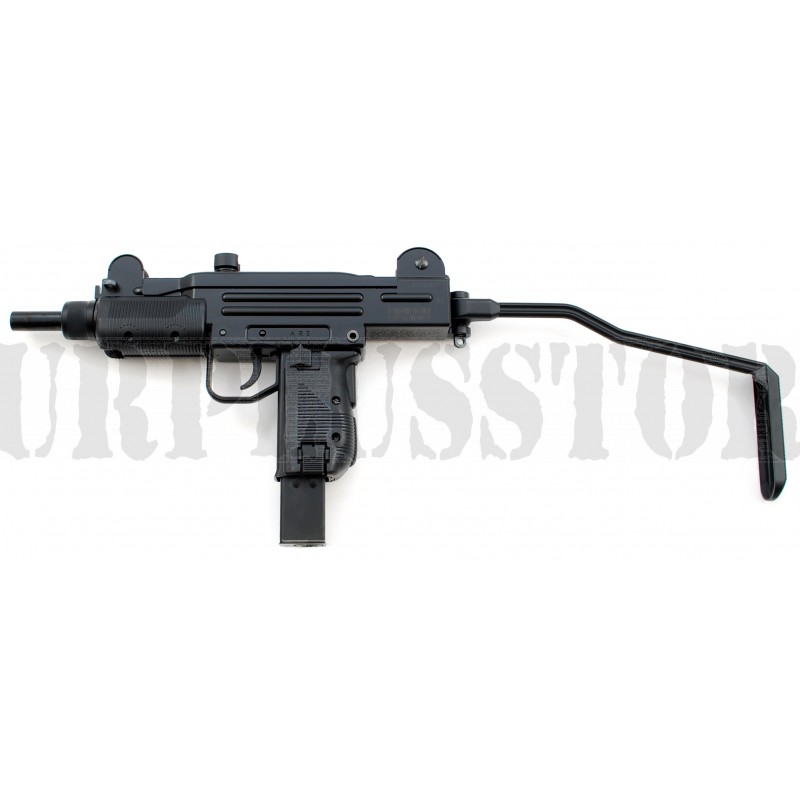 The 1911 pistol is a popular gun that has been used as a standard service weapon for the US Army since World War One. The 177 BB Umarex Colt 1911 Commemorative Limited Edition Co2 Blow-Back Pistol is an officially licensed copy of the Colt 1911 World War Two pistol again made by the ubiquitous KWC, and the limited edition full metal construction has plastic grips, has a hell of kick and feels great to shoot. The 1911 manages to fit a 12-gram Co2 capsule into the wafer-thin handle along with an 18 BB capacity magazine. The Commemorative 1911 fires 177 steel BB up to 315fps, making it an ideal sidearm to have for airsoft. 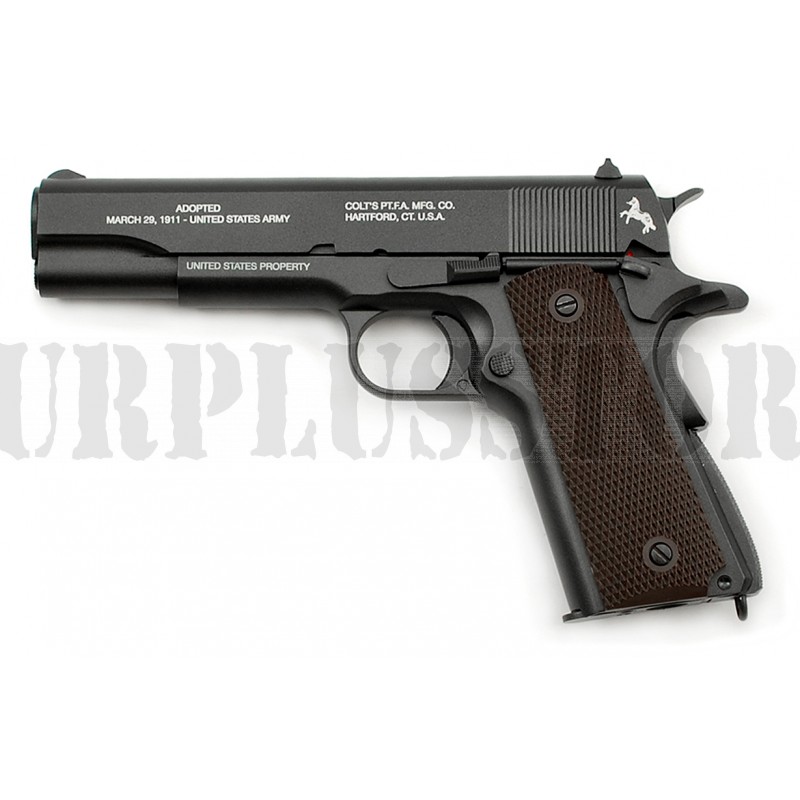