The truth about Old West gunfights 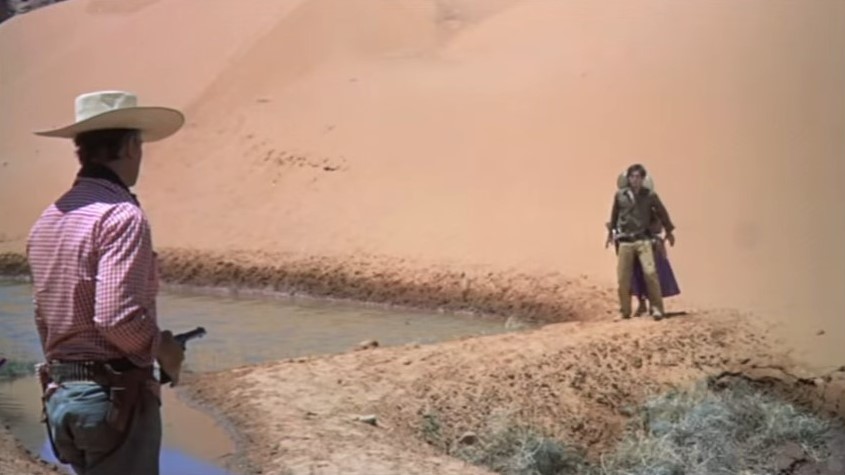 Hollywood movies are well-known for embellishing the truth, carrying us away from our mundane lives into the world of magical make-belief where anything can happen. Which is fine. But then movies do another kind of cinematic exaggeration, and distort the actual events and real-life happenings for the sake of ‘entertainment’.

We have touched on this before with our ridiculous gun myths from films blog post. But this time we are focusing on one of Hollywood's biggest examples of cinematic exaggeration, the ‘Old West gunfight’.

Who started the gunfight stories?

First of all, we shouldn’t put all the blame on Hollywood. Before cinema was even thought of, dime novels were fascinating their readers with written accounts of legendary (and real) gunslingers such as Wyatt Earp, Wild Bill Hickok, Buffalo Bill and Doc Holliday. The authors of these pulp novels would add fictional bits on to the exploits of these heroes, and embellish things that did occur, as a way to entice and astound their readers. It wasn’t just the authors too. The actual people in the stories would often embroider their tales, so they had a bit more pizazz. The media too would dress up the stories to sell newspapers.

In fact, Old West gunfights were rather uncommon. In popular Western television shows that were big in the 1960s, the gunfight was a recurring event. In some of the TV series, a gunfight would take place in the opening credits.

What was a gunfight?

A typical Hollywood gunfight, either on TV or in movies, is two cowboys meeting on the street either ten to twenty feet apart. Then they would wait for one of the two to take the first shot, which signals the fight is on. This means the second cowboy – usually the hero – has the right to draw, and he almost inevitably wins the fight.

Actual facts about the Old West and gunfights are hard to determine. They were rare and didn’t happen often, and if they did, several gunshots were fired, and onlookers were often hit. Also, no-one could tell who won straight away, due to the smoke which came from the several guns being fired simultaneously. 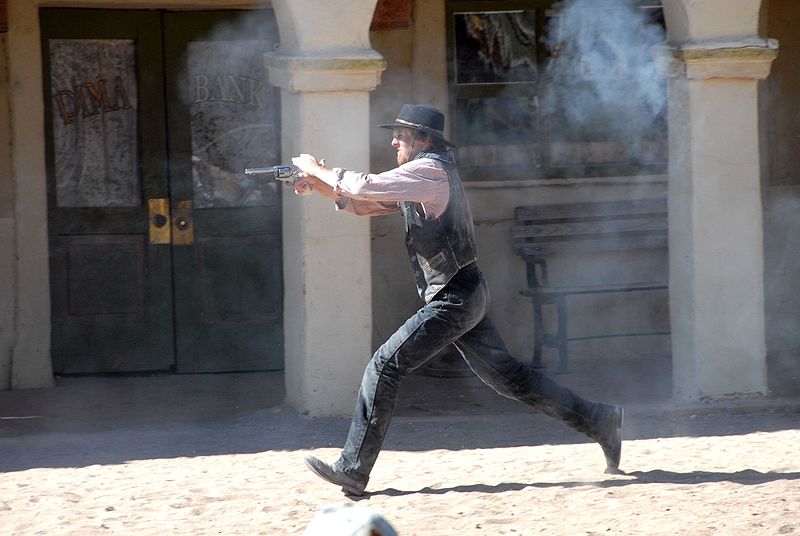 Easy shots were also often missed, unlike how it is portrayed in the movies. Often the two just continued firing until they emptied their pistols, which didn’t even have as many rounds in as an air pistol can have today! Experts on the Old West agree, saying it was not the ‘fastest gun’ who won, it was more who had the most accurate shot. But even more so, keeping a cool head was the most valuable asset for a gunman.

Many Old West legends had ‘fast gun’ reputations, such as Wild Bill Hickok, Doc Holliday, and Billy the Kid. But even these famous ‘quick draws’ didn't go down the formal route in their gunfights as it was a risky move. Much more frequently than the typical Hollywood face-to-face draw, a cowboy would gun a guy down at the most opportune point for them. For example, if he got a drop on his enemy, if he was unarmed, or even if it meant shooting him in the back. Not as honourable.

The usual distance varied too. Sometimes the opposing gunmen would be very close and circle each other before opening fire. In 1865, one of the few documented gunfights between Wild Bill Hickok (pictured below) and Davis Tutt took place in Springfield Missouri. At 6 pm in the town square, the two advanced on each other. The men drew guns at a distance of 50 yards and blasted away. Tutt missed, Wild Bill didn’t. Tutt fell with a bullet through his heart, Hickok was tried for manslaughter and acquitted. A sensationalised account of the gunfight appeared in Harper’s magazine in 1867 and made Hickok a national celebrity. But this kind of gunfight rarely occurred. 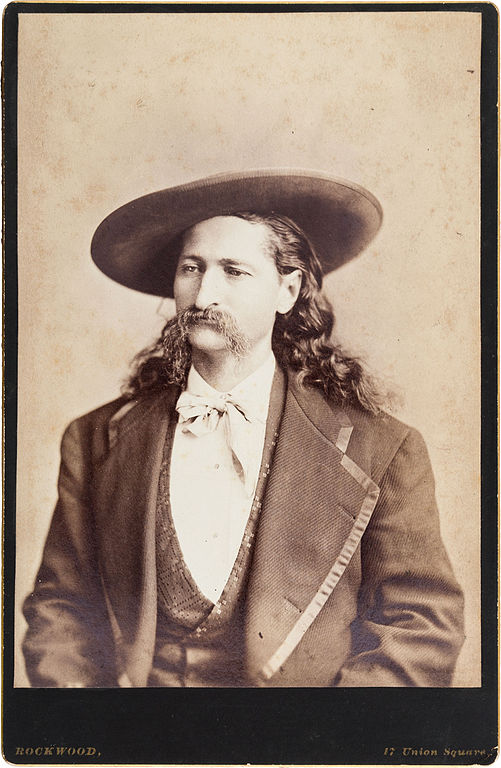 Hollywood would also make mistakes about the ‘gun in the holster’ myth. It was true gunfights were conducted with the gunmen keeping their guns in their respective holsters, but it was more common for the guns to be tucked into the front of their trousers or belt, or even in their pocket. If a gun fight did occur, the duellists would have their guns in their hands already.

The one thing Hollywood got right

Of course, Hollywood has to get it right sometimes. The one thing we see in Western movies, which also happened in real life, was the ‘liquid courage’. Many Old West gunfights were not for a noble cause, but more due to the consumption of a lot of whisky. Getting a bit too drunk, then getting annoyed at another drunk man would result in the gunfight if it even happened at all.

However, even with this knowledge about how the Old West gunfights really went down, we still enjoy a good movie gunfight. They are dramatic, exciting, sometimes a little ridiculous, and obviously, the good guy wins.