As one of the biggest events in history, World War II had a great impact on shaping our world as it is today. Items such as air rifles saw a great boom in production during WWII due to restrictions placed on weapon manufacturing placed by the Allies. Events like these can be explained using simple logic.

But what of the many unsolved mysteries and odd rumours of World War II that still leave historians and scientists baffled? For starters, the Nazi’s were supposedly involved in occult research, which has acted as the inspiration for many films, games and comic books over the years (such as Hellboy and Indiana Jones).

But what other stories from WWII are still questioned to this day? We have taken a look at three examples below:

The story goes that, in April 1945, the Nazi forces knew that the war was almost over and they were not going to emerge victoriously. According to some accounts, a train was loaded with gold, jewels and other valuables that had been looted over the course of the War, and was sent on a trip through the Owl Mountains, located in South West Poland, where it disappeared.

So, what happened to the train? Between 1943 – 1945, Project Riese took place in Poland. Riese is the German word for giant, and the giant project involved the building of secret underground tunnels. Due to a lack of documentation, no one knows why these tunnels were being built, but it is heavily speculated that the tunnels were going to be part of an underground headquarters. However, none of the tunnels were ever fully finished.

Despite the best efforts of treasure hunters over the decades following WWII, the Nazi “ghost train” has never been discovered. Most recently, two treasure hunters claimed to have received a deathbed confession of where the train was buried.

Piotr Koper and Andreas Richter claimed they were close to finding the train when radar images appeared to show several carriages buried nine metres underground. However, it turned out to be a natural rock formation created by underground ice.

Fighter planes from the 415th Night Fighter Squadron. It was this squadron who coined the term “Foo Fighters”[/caption]

We’ve got another confession to make… this isn’t about the band, but it does refer to the WWII phenomena that Dave Grohl’s band is named after. It is a term used by Allied pilots during the war to describe the unidentified flying objects that they encountered; that’s right, aliens!

Well, maybe not aliens… Initially, it was believed to be secret aircraft sent by the enemy to conduct reconnaissance. Pilots would report strange glowing balls of light which hovered around their aircrafts at night, moving at great speed. Some reported that they would chase their aircrafts, while others reported these orbs keeping pace with them. Sometimes they would appear on the screens of radar operators who could confirm their existence, while other times they were not picked up.

A post-war scientific panel claimed to have solved the mystery, saying that these “UFO’s” were, in fact, St Elmo’s fire, a weather condition where a strong electric field causes a glowing discharge to stem from certain objects. Another similar theory claims it was a case of ball lightning, which are spherical balls of light that can appear in thunderstorms.

One author, Renato Vesco, helped to fuel the wartime theory that it was a secret weapon of the enemy known as the Feuerball (Fireball). This was a jet-propelled flak mine which would spin up from the ground like a Catherine Wheel, causing a distraction to pilots while also potentially affecting the ignition of the planes, causing them to crash. Although there isn’t any hard evidence of the Fireball mine, it is a theory that many still claim to be the cause. 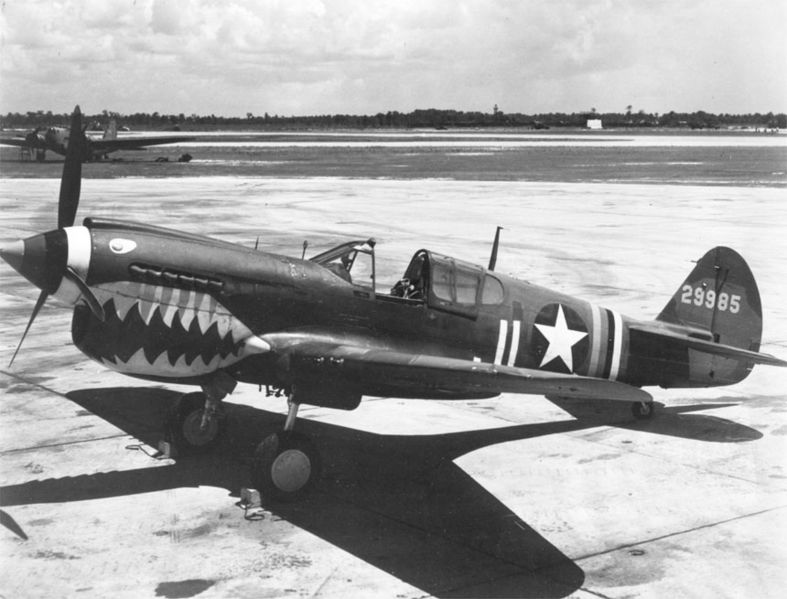 There are many ghost plane stories throughout history, but one of the most intriguing ones involved the P-40 fighter which was shot down and crashed near Pearl Harbor. On the surface, it doesn’t sound too mysterious, except this plane was witnessed a year after the Japanese attack, and when it was investigated, there was no pilot’s body found in the cockpit.

A U.S. radar picked up a plane heading from the direction of Japan towards Pearl Harbor on December 8, 1942, pretty much a year to the day of the Japanese attack. Two fighter planes were dispatched and sent to investigate the mysterious plane, and what they reportedly saw cannot be explained.

It was a P-40 fighter, the kind that was used in the defence of Pearl Harbor the year before, and had not be used since. What was perhaps even stranger than this was the plane was missing its landing gear, was riddled with bullet holes and the pilot was slumped forward over his controls. The pilots of the intercepting planes claimed the “ghost pilot” waved at them briefly before his plane nosedived and crashed.

Rescue crews immediately headed to the crash site and scoured the wreckage, but found no sign of the pilot. They did find a diary that indicated the P-40 was stationed on the island of Mindanao, 1,300 miles away in the Pacific Ocean. If he was wounded in the defence of Pearl Harbor, how did he survive on the plane for a year? How did the plane get off the ground without a landing gear? And what happened to his body? To this day, this is one of the most bewildering mysteries of the war.

What are your thoughts on these mysteries? Is there a logical explanation for them or are there greater powers at work? Let us know on our social media channels!