Who is Tokyo Marui? | Brand Profiles 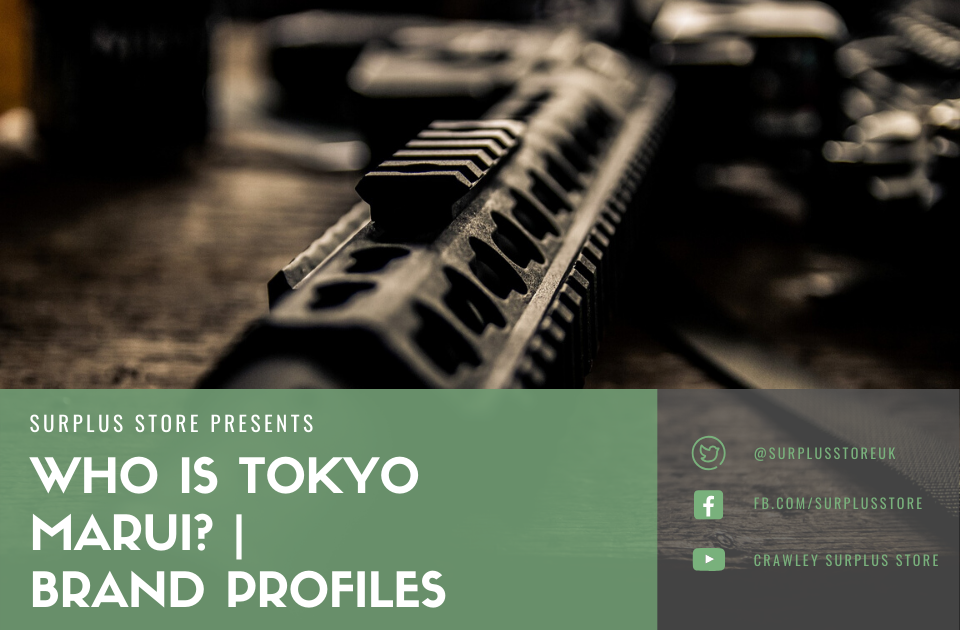 Many of us see Tokyo Marui as a brand leader and innovator in the world of airsoft. Not only did they help to build the airsoft market from the ground up, but they also continue to push the boundaries with the products they release. It’s hard to imagine what the modern airsoft landscape would look like if they hadn’t decided to begin producing guns for us to shoot each other with.

In this article, we want to pay homage to their journey, both during the years of airsoft and their time in the toy market beforehand. For everything you need to know about Tokyo Marui, read on:

When Did Tokyo Marui Start?

Tokyo Marui was not an airsoft company from the start; instead, they produced children’s toys such as planes and gliders, under the name Tokyo Marui Toys. Beginning their journey in 1965, the company hit the ground running with products called the ‘Astro Boy Glider’ and ‘Zero Flight Glider’ selling two million and 300 million units each.

The company then ventured into making models, firstly a walking dinosaur model in 1966 and then a model of Japanese baseball legend Sadaharu Oh. In 1969, TM established a mould factory which allowed them to produce products to a consistent specification and quality; something airsofters respect the brand for even to this day.

Throughout the 70s, TM looked to create new and exciting products for the Japanese market. The ‘walking hand’ and ‘walking neck’ products were released as part of their ‘Thriller Series’ and capitalised on the evolution of horror movies both produced in Japan and abroad. These are now seen as collectable by many vintage toy enthusiasts commanding high prices of around $1,600 for mint condition examples.

The mid-seventies saw TM bank on the popularity of sports cars in Japan, creating model kits of popular brands such as Porsche and BMW, along with model F1 cars too. Although, the success of these kits didn’t last, as video games such as space invaders came onto the scene in the late 70s, spelling trouble for the toy industry.

They even made a venture into remote control cars, familiarity with them would stand them in good stead later… (but seriously, those mini Tamiyas need to move aside for Deans connectors, if you know, you know!). 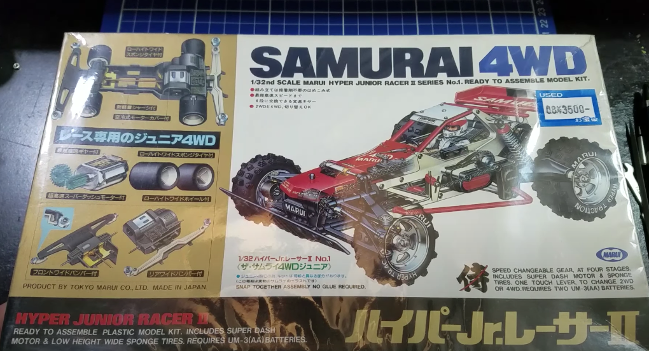 After some initial trial and error, Tokyo Marui began producing model guns that incorporated a cap fired blowback function. These were marketed as models for people to build, as opposed to the ready-built products offered by other companies, the TM products were also 50% cheaper than the other companies’ guns, making them a hit with the native market.

The year 1985 is an important one in the history of the company, as this is the year they decided to drop the word ‘toys’ from their company name, being referred to only as Tokyo Marui. This coincides with their increased focus on producing products for an older audience, with their very first airsoft gun produced in 1985. The Luger P-08 was the company’s first airsoft release and sold at roughly a third of the price of the products from other companies, with much better (at least according to them) reliability, making it an overnight hit.

A year later, TM released their first-ever gas blowback pistol, the Tokyo Marui S&W M59 GBB. This singular weapon changed the game in the airsoft market as it opened up a world of possibility for manufacturers to create guns that featured realistic recoil and were powered by gas. Following this release, the HP Browning Gas Blowback Pistol was not far behind, cementing their position as an innovator in the field.

Since then, they have continued to lead the way in terms of quality and inventiveness. The 1991 release of the TM FAMAS showed that airsoft guns could be powered by electric, using a gearbox connected to a battery, rather than gas tanks. Additionally, during the 90s Tokyo Marui began to produce lower-powered airsoft guns, as many people were put off playing airsoft due to the pain of being hit by the FAMAS and alike. This was the birth of the ‘modern’ AEG. 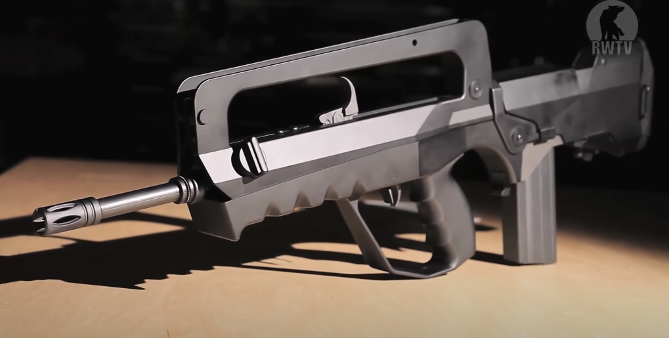 To rectify this issue, TM produced a lower-powered FAMAS and incorporated hop-up for the first time, allowing BBs to travel further, maintain accuracy while not causing severe pain for the recipient. A revelation that has come to define the airsoft industry. Accuracy and distance were no longer directly linked to power (a fallacy that persists in certain mindsets to this day!).

Why Are Tokyo Marui Industry Favourites?

With a unique combination of experience and industry knowledge, Tokyo Marui continues to lead the field some three and a half decades after their very first release. Being based in Japan and having a dedicated native fan base means that they create their products in line with Japanese regulation, which limits the amount of power a gun can have to roughly one joule. This means they have had to find ways to stretch and maximise each possible factor to ensure each gun has great accuracy and range.

Over the last ten or fifteen years, many guns that we have come to see as staples have either come from Tokyo Marui themselves or been influenced by their design ethics in some way. Additionally, we’re now seeing countless clones being produced and marketed of the classic TM designs but for a fraction of the price. However, although they might seem comparable at face value, companies that manufacture the clones often cut corners to save on costs, skimping on quality control, materials and not properly greasing and assembling their products.

The Benefits of Buying Tokyo Marui

Aside from the outstanding build quality and reliable nature on the field, it’s worth noting that almost all aftermarket parts that are designed for TM compatible guns will fit and work with TM-branded guns. When it comes to the clones, it’s not uncommon for some of the specs to have been changed during the design process to save costs, meaning you need to do a bodge job to make something fit.

Tokyo Marui guns are also ideal for beginners, as their out of the box playability is fantastic. Not much work is needed to make them game-ready, just a little bit of tweaking to sort the hop-up and you should be good to go! This makes it so much easier for when you want to maximise game time and aren’t fussed about upgrades etc.

Unfortunately, it’s not all good news when it comes to buying Tokyo Marui guns. Although the drawbacks are minimal, there are some you should consider. Like we’ve already mentioned, the Japanese power limit of one joule can be an issue for some people. Although range-wise they certainly hold their own, for people looking for something with a little more grunt, TM might not be the one to choose.

Additionally, for standard AEGs and pistols, the externals are mostly made of plastic which generally makes them easier to damage than guns with metal externals (though that said, good plastic is generally better than crap metal). If you’re looking to upgrade and super-size your TM gun, you may have a little bit of trouble with the internals, as generally, these can be quite weak.

When using the stock gun, you’ll have no problem at all, but if you want to push it to its limits, then you may notice more common breakages. And yes, we know your mate says he’s used an 11.1v battery in his TM with no problems. But seriously, stick to an 8.4v NiMh, low ‘C’ 7.4v LiPo or you will strip the gears! The Tokyo Marui NGRS Scar actually works better with a 8.4v NiMh than with the LiPo anyway!

Finally, there’s the cost of a Tokyo Marui gun. Generally speaking, in airsoft, you very much get what you pay for. Tokyo Marui presents good quality at a higher price, although despite this it can be off-putting for some. If you’re looking for something to use occasionally, a cheaper option may be more suitable. 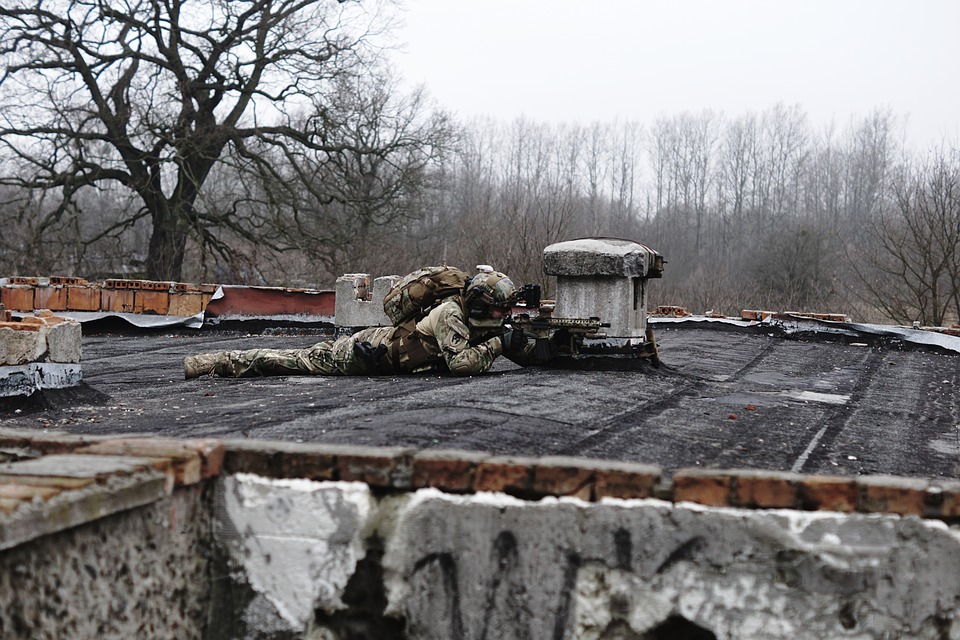 Tokyo Marui has continued to innovate through the years. Everything from their pistols, shotguns, recoil guns and even three-barrel shotguns have made headlines in the airsoft world. But, quality and innovation don’t come cheap, which is why the Tokyo Marui NGRS (Next Gen Recoil Shock) is seen as the gold standard by some for realism and fun in the Airsoft sphere.

Other companies have played roles in designing, innovating and inspiring airsoft guns, but none have quite had the impact of Tokyo Marui. For their quality and sheer breadth of product catalogue, few companies even come close.

If you’re looking at grabbing a brand new Tokyo Marui airsoft gun, you’re in the right place! Check out our range here while finding plenty more info on airsoft brands on our two-part blog here.