The U.S Army has unveiled a shakeup with some of its protective combat kit after it was announced that a new helmet is currently under development. 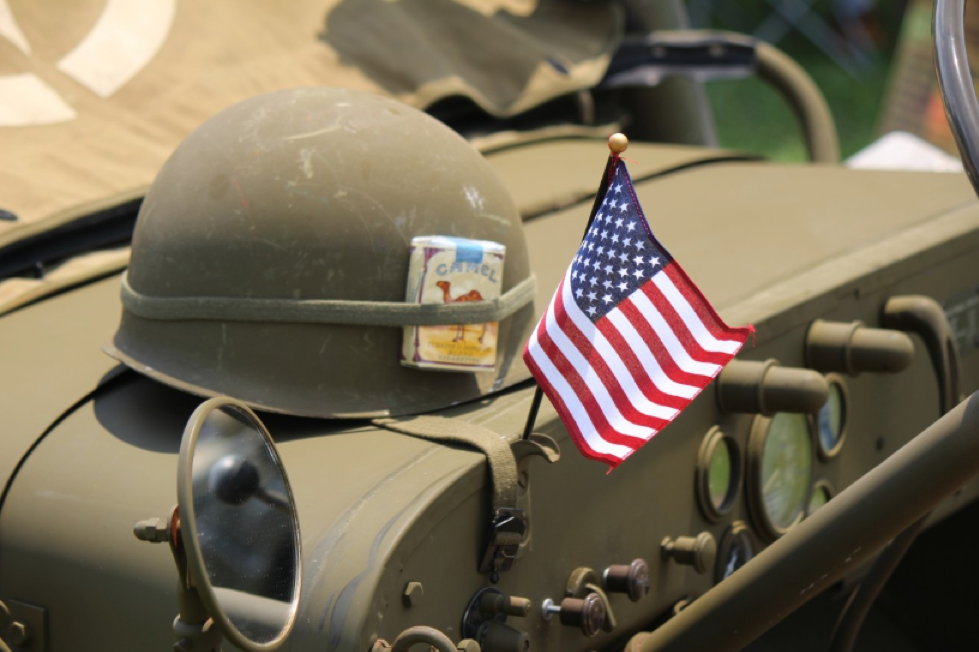 The move comes as the military look to lighten the load for its troops, quite literally. Named the Advanced Combat Helmet Generation II (ACH II), it will be less of a strain on soldiers’ neck muscles; more so than ever before than with any protective headgear that’s ever been issued to its regiments, while also serving its purpose to safeguard soldiers against head injuries.

What will the ACH II bring?

The helmet, which has been developed by the Army’s Natick Soldier Research, Development and Engineering Center will reduce the weight burden on the heads of troops by almost a quarter (24%) when compared to the current helmet they are issued to wear.

According to the most recent testing results the ACH II has the stopping power to protect wearers from shrapnel and nine-millimetre bullets, as well as the effects of improvised explosive devices (IED).

You may remember the renowned and widely-recognised M-1 helmet; it’s the steel pot-style headgear we see in such Hollywood blockbusters as Saving Private Ryan and Full Metal Jacket. This helmet was made from steel and featured a leather internal harness and strap. It remained as part of the U.S. force’s safety kit for a number of wars including World War II, the Korean War, and Vietnam too.

Not the finest work ever produced from the team behind the equipment that was designed to protect their soldiers from head injuries, in fact, it was only able to protect against general debris, dirt, ricochets, and minimal shrapnel. It also only weighed 1.4kg!

Fast-forward to the early 1980s and the Army switched its head protection to the Personnel Armor System, Ground Troops (PAGST) helmet. This supposed upgrade was formed using Kevlar ballistic fibres, giving the squadrons of soldiers sporting these new lids served up limited protection from pistol bullets and heavier shrapnel, but it came at a cost because the extra-large size versions we almost double the weight of the ACH II (1.9kg). 2003 came around, and the service moved on to the original ACH and with it came a much-welcomed reduction in weight, cutting out some 150grams.

What to expect now…

The new ACH II helmet will now give the U.S. soldiers further weight reductions, with the extra-large version rolling out at a mere 1.3kg, seeding it as the lightest helmet the U.S. Army has ever possessed. You may think this is only a minimal weight-save compared to the original M1, but it packs way more stopping power and is/will be much more comfortable to wear!

So, how was this achieved? The Army’s boffins altered the materials they had been using to make the headwear by moving away from Kevlar and onto plastic! It’s being referred to not as plastic, but its technical name of “ultra-high-molecular-weight polyethylene” (UHMWPE). This ‘plastic’ is a semi-crystalline polymer that’s a wonderfully versatile material and can be seen being used in everything from the line fishers use, right through to the human reconstructive surgery such as hip replacements!

For those wondering about the aesthetics, it’s thought that the ACH II will be issued in a brownish-tan-type shade, technically known as Coyote. The helmet is also said to be adaptable to fit various camouflage environments thanks to the use of cloth covers. Once released would you be happy to get your hands on one of these lightweight helmets to wear against direct hits from airsoft guns during a skirmish? Just remember though, a hit is a hit… if it hits you in the face or on your helmet, it's just going to hurt less!

If you like your replica head protection, there are plenty of awesome replica helmets out there such as Jump, Bump, Ballistic and M88 for you to pick up. And don’t forget that we have our range of headwear on our site too!