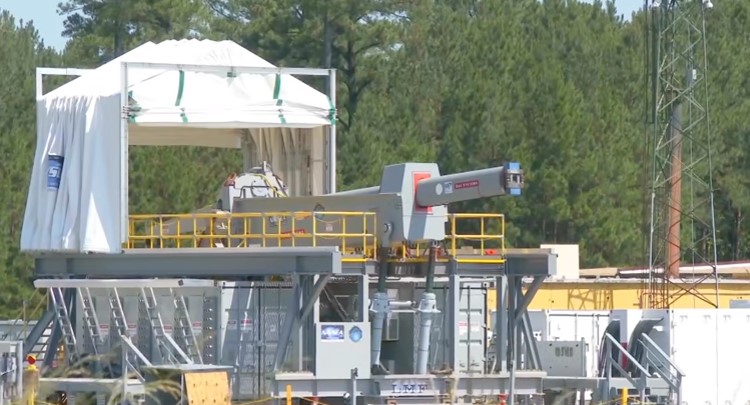 The U.S. Navy’s experimental railgun is getting upgrades to make it fire more powerful shots at a faster rate. This is just one of the many upgrades and changes that have been made to the landlocked railgun in the last year. The damage a railgun can cause is unimaginable next to an air rifle, but don’t let that put you off getting your hands on some of the best air rifles made that Surplus Store stock!

The Navy wants to push the prototype railgun from a science experiment to a useful weapon, with the goal being for the gun to have ten shots per minute at 32 megajoules. Not sure how much power that is? One way to look at it is that a .22 bullet has 1,000 foot-pounds of force at the muzzle. A 32-megajoule railgun shot has 23,601,988 foot-pounds.

The railgun works by using extremely high electrical currents to generate magnetic fields capable of accelerating a projectile to speeds of up to Mach 6, which is more than twice the speed of existing projectiles. The railgun also has a range of up to 100 miles. It fires projectiles that destroy targets with hypersonic speeds rather than high explosives.

It has been a long time coming for the railgun to join the U.S. Navy officially, and the delays have been down to making the gun more durable. The kinetic power that is unleashed in firing the railgun is rough on the parts of the weapon, and back in 2009, just a few shots could dislodge the conducting rails, or possibly damage the barrel. However, there are now reports the Navy can get it to the point where the launcher core could fire more than 400 shots and the barrel withstand up to 1000 rounds.

So far, the U.S. Navy has the Zumwalt destroyers as the only surface ship with enough juice to handle the railgun. The Zumwalt-class are capable of generating 78 megawatts of electricity, but there are only three of them, one not yet completed, and the 155-millimeter long range guns they currently have will be removed to make way for the railgun.

But that might still be for a while yet, as the ships won’t receive their railguns until the Navy decides the weapons are ready to go to sea and has the money for the upgrade. This means it will be a few more years, and the railgun will undergo a few more upgrades so that is can survive the severities of combat at sea. Though most people would like the railgun to be fully operational sooner rather than later, the Navy has had issues with other electromagnetic, high tech systems on their launch such as the EMALS aircraft catapult system. The railgun will remain landlocked in Virginia, for now.