Why Do We Name Guns? 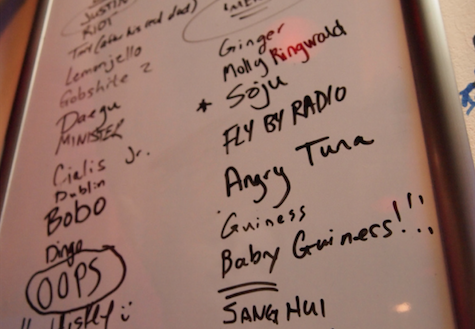 You won’t go far without stumbling across someone whose named their beloved airsoft gun collection. The personification of weaponry is something that has happened for many centuries now, and for numerous reasons. So, as you name your latest airsoft gun, have you ever stopped to wonder why we name them at all?

It all begins with the ancient story-tellers, a fundamental source of entertainment before the times of Netflix. Weapons were allocated names as a tool for creating memorable stories. Without pen and paper, stories had to be memorised and thus, naming weaponry made the story more exciting and easier to remember. It allowed the weapon to have a presence in the story and even alluded to having its own personality. It made sword fights more heroic and a far more interesting tale to the keen listeners who would gather around the storyteller. Interestingly, storytelling was an official job, and it was someone’s responsibility to remember countless tales of the past. Of course, they were going to get inventive with the details!

Bestowing names to objects and people, according to old belief systems, provided said item/person with a magical power, not far-attached from being the ultimate blessing on the weapon and its owner. In many cultures, the names alluded to their status, with heroic names having to be earnt.

Famous examples include Daniel Boone’s rifle, the “Tick-Licker”. At first mention, it doesn’t sound very scary at all, but the story behind it gave Boone and his rifle an edge that struck hear into the hearts of his enemies. According to Boone, his shot with a rifle was so accurate that it could hit creatures as small as ticks!

Some loved their guns so much that they were used as a way to honour those who were long gone. Take Davy Crockett’s rifles as a fine example. Each rifle owned by the guy was some variation of the name Betsy, the name of his older sister who had passed.

Names were also a means of convenience, a case that’s very true in the modern weaponry timeline. Modern weapons can have fairly complex names which are a bit of a mouthful to say, and many will be given code-names to make them easier to identify.

For many, it was (and, arguably, still is) bad luck not to give a gun a name, as the name helped to create a connection between it and the owner. Whilst for others, the name was a nod to their own personalities, whether that’s their ownership style or their sense of humour. However it earnt its name, the owner is given an intriguing tale to tell for those that will listen.

Do your airsoft rifles and guns have names? Let us know! We’d love to hear your stories.

Image credit: jetsandzeppelins Available under CC 2.0 (Image has been cropped for purposes).