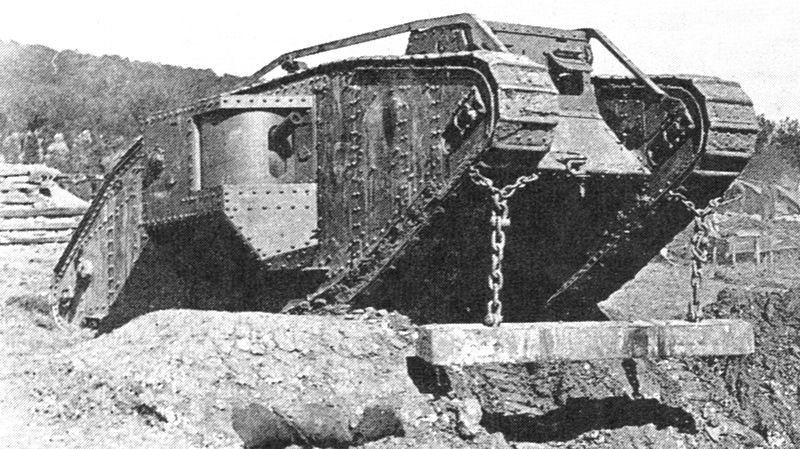 An incredible story of a WWI tank crew stranded in No Man’s Land while taking heavy damage has been revealed in detail, 100 years after the events took place.

Eight British soldiers survived for three days inside, enduring heavy artillery, machine gun fire, snipers and grenades inside one of the British Mark IV tanks. The tank in question was named “Fray Bentos” after the canned meat, which the family of the commander, Donald Richardson, sold back home. 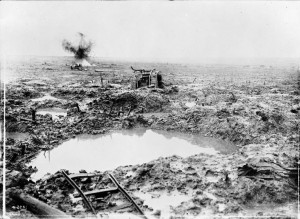 The Mark IV was lethally equipped and armoured with reinforced steel panels – but could only travel at a mere four miles per hour. On August 22, the squadron had been tasked with leading an attack on a heavily fortified German area known as Hill 35 during the Battle of Passchendaele, and Richardson chose to travel alongside its eight-strong crew on this particular occasion.

But as the tank approached the area, it came under fire. Richardson was hit in the leg from the volley of bullets, while Second Lieutenant George Hill was blown off his seat, causing him to unintentionally rev the throttle of the tank and send it into a crater.

Passchendaele is famous for its muddy conditions, and that day was no different. The boggy ground had left the main guns unusable, so Private Brady was sent to retrieve the unditching beam used to correct the vehicle, but he was shot the second he stepped outside.

Bullets and shells continued to rain down, but the tank’s position within the crater provided a small amount of cover, meaning the enemy didn’t have a clear target. The men had only rifles, a revolver and a Lewis gun to fend off waves of enemy attack, and at one point, German soldiers holding grenades descended on the tank, forcing the tank crew to fight them off in hand-to-hand combat.

By day three, escaping the tank was their only option. All but one of the soldiers had been injured, mud was seeping into the vehicle, and they had run out of water. They were even forced to bleed the radiator of the tank and drink the dirty water, just to survive. One by one, they crept out of the tank in the middle of the night and crawled back to British lines.

The story recently came to light after the personal effects of Sergeant Robert Missen were found in the archives of the Tank Museum in Bovington, Dorset.

This included his Bible, uniform and a written account of the action, all of which have gone on display at the museum.

'Budd and Morrey were hit at the same time. Budd was unconscious for about two hours. Mr Hill hit in head and neck, Morrey arm and leg.

'I got out of right sponson door to put on one side of the unditching gear but I heard bullets hitting the tank and saw some Boche about 30 yds off firing at me, I got in again.

'Braedy had got out of the other side to help me, and they shot him and he fell under the side of the tank that was sinking, Arthurs said he was dead.

'We kept on firing and killed several Boche close to the tank, we expected the infantry to come up any time.'

He also went on to highlight how they escaped from the tank and how he was the first to leave the tank, writing:

'Captain Richardson told me to go back and warn the infantry not to shoot us as we should sooner or later have to clear out of the tank.

'We were all getting stiff from wounds. I got out of the right sponson door and crawled back to the infantry.'

A story like this sounds like the work of fiction, but it is great to hear the tale of heroism finally being told on its 100-year anniversary.

Let us know what you think of this incredible true story on our social media channels. You can also check out our full range of airsoft gear on our website or by visiting us in store, including the G&G CM16 range. Why not visit us today?