Our How-To Guide for Becoming an Airsoft Rifleman 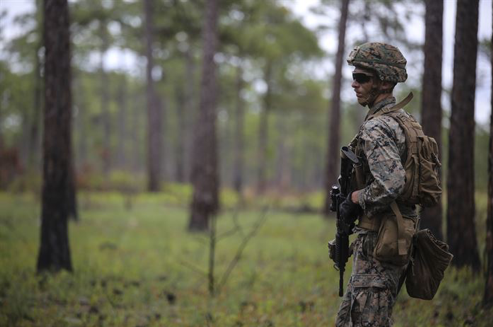 Continuing our “how-to” series on the different airsoft positions in a team, we now come to the rifleman. The term itself is often met with “oh…” for many, as it is seen as quite a dull position in a team.

Why is it not seen as exciting as others? Well, in every military organisation there is a position that nearly everyone does not want to be, and that is point. Traditionally, the point position is a rifleman, and everyone who starts out in the military tends to start as a rifleman.

Although it is one of the least sought-after positions in a fire team, it should actually be one of the most coveted; because the rifleman has the most flexibility out of all of the roles and can pretty much do any aspect of any mission.

What is in a Rifleman’s Loadout?

As the name suggests, riflemen are armed with airsoft rifles and have a relatively light loadout. Sometimes they will have a sidearm (more commonly in CQB), but more often than not they will just rock the rifle and a shed-load of ammo!

They take their orders directly from the squad or team leader and are often placed at the front of most formations, meaning they will make first contact with the enemy. This is where their light loadout comes in handy, as they can respond and engage more quickly, getting through most attacks with relative ease (if skilled enough!).

In the real world, they often carrying medium armour, consisting of a chest rig, helmet, gloves and belt (and safety goggles, of course!), but in airsoft the loadout can be as simple or as complex as needed, depending on the mission at hand. 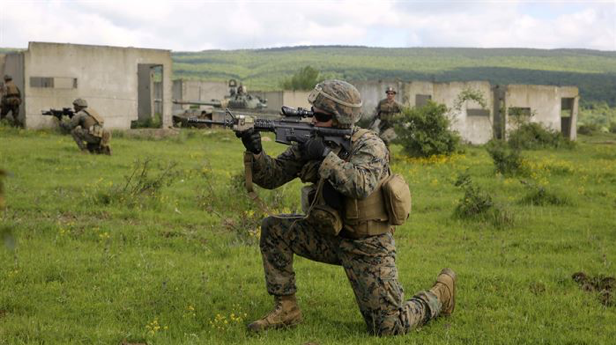 Gloves are always a solid choice, but particularly in CQB where your hands can often end up getting a bit more beat up. Helmets are optional but can offer you a bit more protection on the old noggin, especially as you will most likely be the first one in the line of fire!

When it comes to choosing your actual rifle, it can depend on many factors. If you are opting for an accurate loadout – for example, infantry from a specific country – you will select your primary based on said country of origin.

But the most important thing is to have a rifle that you are comfortable with at both close and longer-range combat. It may take you a while to tweak your rifle to exactly how you want it to be, but once you have found your groove, you will know it. This is why we can’t advise specifically what you need to upgrade, as the choice is yours. However, we can talk through ideas with you or point you in the direction of our airsoft upgrades section, so you can see what your options are!

If you are just opting for a standard rifleman loadout, it will be what you are most comfortable with. You’re most likely to find a rifleman with an airsoft rifle fitted with a short to medium sight… and that’s about it! They’re fairly no-nonsense, in the thick of it types of players.

The Role of a Rifleman

As we previously mentioned, the rifleman is generally “point” or the forward-most solider in a formation. The point also acts as the scout in many situations, slowly moving ahead of the rest of the team and sweeping the way. This means keeping an eye out for potential ambushes, signs of enemy location or movement and potential tripwires.

This is why a rifleman is key to the survival of a team and must always be at the top of their game. They have to know what they are doing and be alert at all times because if they’re not, their team will end up paying the price.

We previously put together our how-to guide for becoming an airsoft sniper, but there are actually some elements of a sniper that can cross over with a rifleman and even tasks that a sniper can designate to a rifleman:

As they are at the forefront of the advancing squad, the rifleman will act as a scout, gathering information and spotting ambush signs, enemy positions etc. as we mentioned previously. 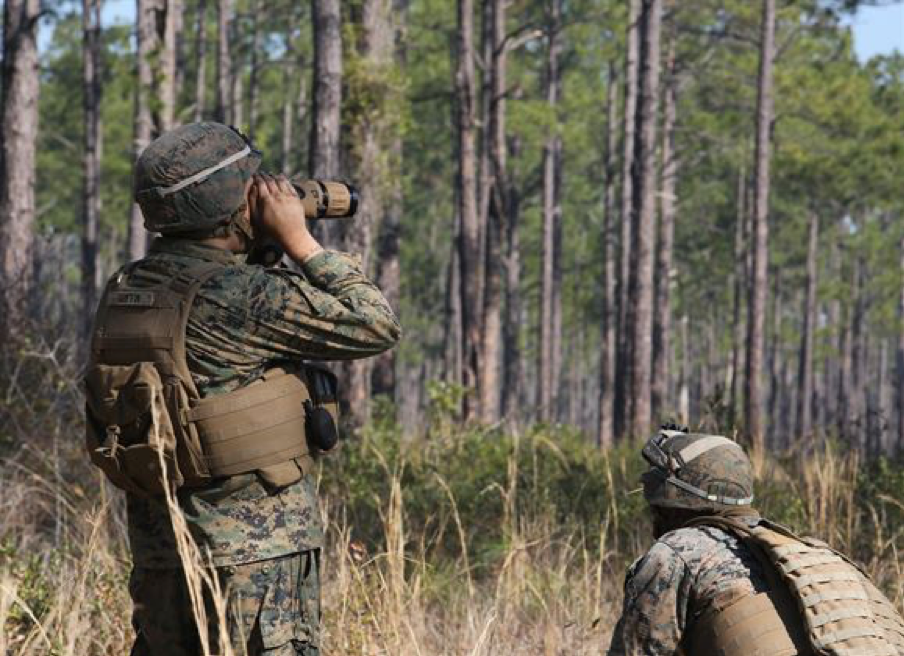 This is the most common role of the rifleman, and it is pretty much every airsofter out there. Unless you use a specialist class and gun (sniper, heavy gunner), then chances are you are a rifleman without knowing it!

A strong squad or fire team leader will often rely quite heavily on their rifleman, as they are the eyes and ears of the team. Their light loadout means they make for excellent runners and can relay important information back to their team to ensure that everyone makes it out alive.

Skills of a Rifleman

A lot of positions are specialised, meaning they focus primarily on one skill set. However, when it comes to a rifleman, they tend to have a multitude of skills. Skills and abilities that are important for rifleman include, but are not limited to:

Rather than just being a position, the rifleman is more of a complete skill set, if performed correctly. While it may not take as long to train with an airsoft rifle as it does with an airsoft sniper, all of the other elements that come with the position do take time to learn. If you are serious about being an effective rifleman, you need to put in the time to learn the list about and be ready to constantly learn; there’s no such thing as too much knowledge!

It starts and ends with this position, and the foundations of a strong team are built upon their riflemen. These are some important things to remember in order to become an effective rifleman, but what do you think are the key skills needed? Let us know in the comments below or let us know on our social media channels.