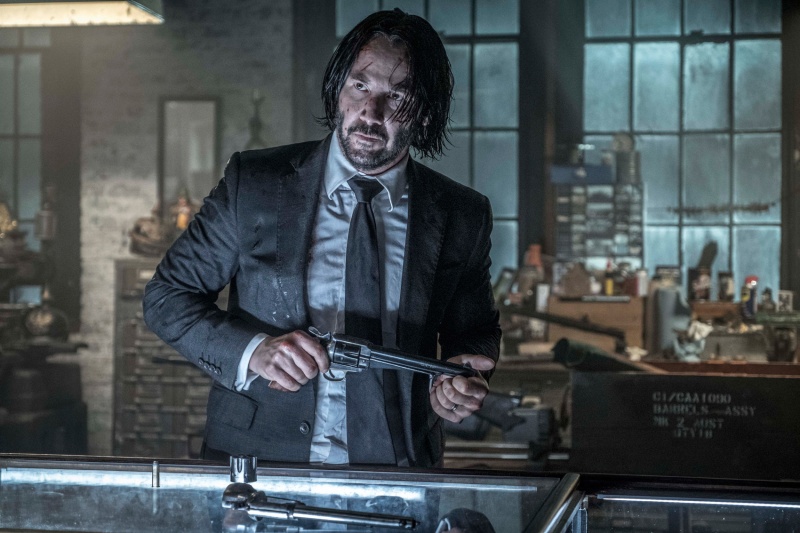 Super assassin, the baba yaga, John Wick, is back again in John Wick: Chapter 3 – Parabellum. Released earlier in May, the action flick combines quippy one-liners with stunning action sequences - and multiple headshots. The huge success of the films, starring Keanu Reeves, has meant a fourth has already been announced for 2021.

After John Wick: Chapter 2 in 2017 was released, we did a low down on the guns we saw John Wick, and other characters use in the film, which you can read about here and felt it fitting to do another post for the third film – with no spoilers for those who have not seen it yet!

Be aware though, we do mention firearms used by unknown characters, but we have tried to be vague to not give anything away!

Fans of the films may also be interested to know about the body count in these three chapters; a whopping 299, which is more than fictional serial killer Jason Voorhees.

Though not a spoiler exactly, as it was seen in the trailer, John Wick does reference Reeves’ other top action flick, The Matrix in the line “Guns, lots of guns” and that is what is listed below! 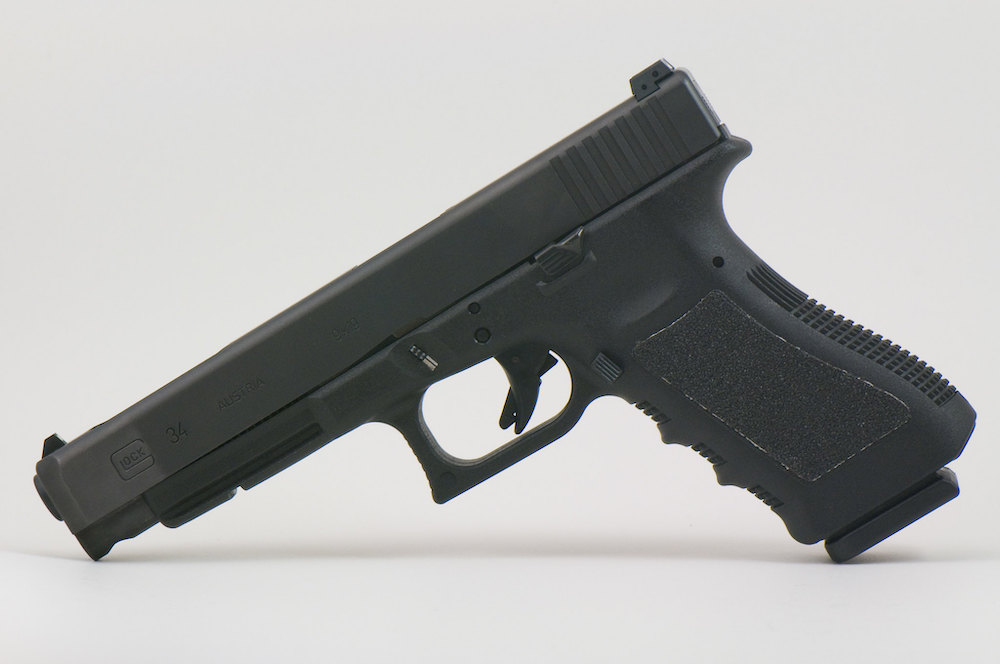 John Wick (Reeves) and Sofia (Halle Berry) both use Glock 34 pistols in the film. Wick’s Glock has an FDE frame and has a brown and black two-tone. Sofia’s Glock is a MOS variant, with a fitted sight.

There are a few Glock 19 pistols in the film. One Glock 19 has an optical sight, and another Glock 19, used by Sofia, is a customised Taran Tactical Innovations Combat Master Package. Taran Tactical is the company which helps train the actors in gun combat. A Glock 19X is also used in the film.

Winston (Ian McShane) owns an ornate Colt 1903 Pocket Hammerless, which has pearl grips. The .32 automatic calibre handgun does have a hammer, despite its name; the hammer is covered and also hidden from view under the rear of the slide, which allows for quick withdrawal.

Near the beginning of the film, John Wick picks up a Remington 1875 but has to do a few quick moderations on it, disassembling and reassembling in a scene which highlights the assassins superior knowledge about firepower.

The scene also references The Good, The Bad and The Ugly when he listens to the cylinder.

One of the guns which has stood out in John Wick: Chapter 3 is the TTI STI 2011 Combat Master chambered in 9mm Major. The pistol is a highly customised piece, from a joint effort between STI and Taran Tactical Innovations.

There is unique machining on the slide, as well as a flared magwell and extended magazines for a 24-round capacity.

The 9mm Major is a cartridge used by competitive shooters, designed to create high muzzle velocities. The custom package pistol is available to buy from TTI at $3,899!

Sofia uses a SIG Sauer P365 which has been customised by Grey Guns and hides it to sneak past guards. The P365 she uses is fitted with a threaded barrel and 12-round magazine.

The extensions on the gun allow for 41 rounds of 9mm. 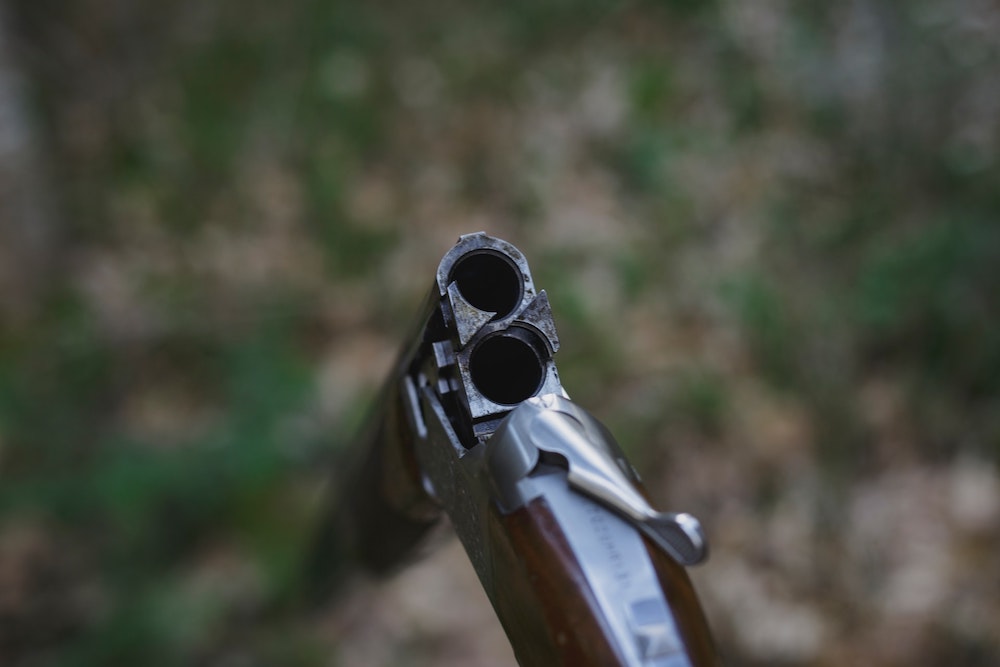 When John first fires the Benelli shotgun, there are a few genuine gasps at its firepower to be heard by those watching.

These semi-automatic shotguns have been customised by TTI and use 12 gauge shells with stainless steel slugs.

Some of the moderations made to the Benelli by TTI include a custom bolt carrier, receiver loading port which has been machined for faster reloading, and extractor and barrel mods to prevent jams.

One of John’s many assailants is seen with a SIG Sauer MPX Copperhead, fitted with a ROMEO4T sight, Magpul vertical grip and ZR Tactical telescoping stock.

Wick takes the gun for himself to use. If SIG Sauer MPX guns are to your taste, take a look at the airsoft rifles we have in that design.

At some point, we see several bad guys with suppressed Heckler & Koch MP5 variants, which have been fitted with stabilising braces as well.

Other Heckler & Koch MP5 submachine guns have been seen in the first John Wick film, being used by Russian mobsters.

Similar to the Sommelier scene in Chapter 2, we see John in an armoury in Parabellum, surrounded by guns.

On the walls, in the background, we can see some of the guns used in the film, such as Heckler & Koch MP5 variants, as well as SIG Sauer MPX submachine guns, and a TTI MPX Carbine.

Other shots in the armoury gives us a glimpse of Desert Tech SRS Covert sniper rifles, a Galil 7.62 ARM and an FN FS2000 Tactical rifle.

If you have seen the film – did you spot any of these guns in the film? We’d love to know your favourite moment in the film, but no spoilers! We’re already looking forward to the fourth chapter of John Wick’s revenge, even though we have a two-year wait!